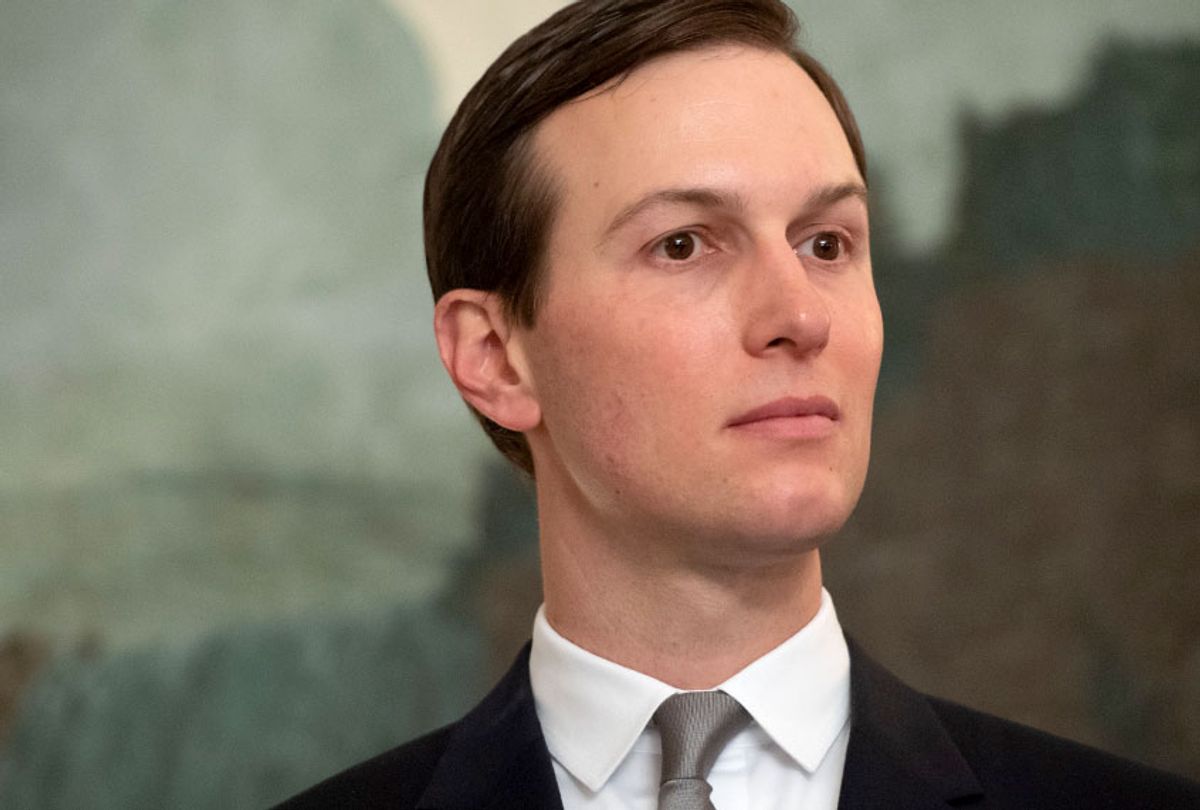 Two House committees have called on the Federal Emergency Management Agency (FEMA) to turn over documents related to reports that the agency is seizing orders of coronavirus medical supplies from states, as well as the involvement of President Donald Trump's son-in-law, Jared Kushner, in overseeing those efforts.

The chairs of the House Homeland Security and Oversight committees called on FEMA to turn over documents responding to a "troubling report" from the Health and Human Services Department's inspector general detailing "severe shortages" of emergency equipment reported by hospitals around the country.

"The report confirms that — in the richest nation in the world — hospitals are lacking masks, gowns and other basic materials," Homeland Security Chairman Bennie Thompson, D-Miss., and Oversight Chairwoman Carolyn Maloney, D-N.Y., said in a letter to FEMA Administrator Peter Gaynor.

The committees also requested a response to media reports that that agency was "redirecting" medical supplies ordered by states and hospitals. Officials in at least a half-dozen states have reported that FEMA hijacked supplies sent to states without informing them.

"After encouraging the states to take care of themselves, the Trump administration now appears to be positioning FEMA to engage in the redirection of private supply chains — but the agency's opaque and evolving processes are clearly not meeting the needs that communities have right now for [personal protective equipment] and medical supplies," the letter said.

The committees requested documents to understand how FEMA is operating its "Airbridge" program, in which the administration pays to fly in supplies from China for private companies to sell to states and hospitals in the U.S., and to "understand the role of Jared Kushner in managing FEMA's operational efforts to obtain and distribute" supplies.

Thompson and Maloney said their committees "do no understand the role" that Kushner is playing in FEMA's efforts.

"It appears that Mr. Kushner is unclear about basic facts regarding the purpose of the Strategic National Stockpile," the letter said, noting that Kushner "erroneously" described it as "our stockpile" that is "not supposed to be the state stockpiles that they then use."

The chairs were also "troubled" by reports that Kushner's actions could be "circumventing protocols that ensure all states' requests are handled appropriately."

"We are particularly troubled that Mr. Kushner's work may even involve 'directing FEMA and HHS officials to prioritize specific requests from people who are able to get Kushner on the phone,'" they wrote.

That appeared to be a reference to Kushner's comment that he called up New York's top health official and delivered critical supplies after getting a "call" from Trump saying "he was hearing from his friends" that hospitals in the city were in short supply.

Though Gaynor and Navy Rear Adm. John Polowczyk, the logistics chief for the Joint Chiefs of Staff, are overseeing the supply chain, Kushner has assembled a so-called "shadow" task force filled with start-up entrepreneurs who have "issued orders to health agencies" and sparked "resentment" among federal officials, according to The New York Times.

One senior official described Kushner's team as a "frat party" that "descended from a UFO and invaded the federal government," while others criticized the group's use of private email and free teleconferencing services to discuss sensitive policy issues.

As Kushner's elevated role draws scrutiny from lawmakers, his wife Ivanka Trump is planning to take on a big role in the federal effort to rescue small businesses impacted by the coronavirus, Axios reports.

A White House official told CNN that "during recent weeks, Ivanka has has been meeting on the phone with members of Congress and CEOs of the country's major financial institutions in the run up to and the launch of the [Paycheck Protection Program]."

Ivanka Trump, who has been working part-time at the White House while her kids are home from school, participated in a Tuesday conference call with small businesses alongside her father.

"She created over 15 million jobs," the president said, repeating a completely false stat he has repeatedly cited in the past while referring to his daughter's efforts on the White House "Pledge to America's Workers" initiative.

"Ivanka didn't create 15M jobs. As of the March data, pre-shutdown, there'd been fewer than 6.5M jobs added during this presidency. Rather, companies have pledged 15.8M 'education and training opportunities,' many for existing employees," CNN fact-check Daniel Dale explained on Twitter. "Also, it's not clear how many of the 'education and training opportunities' the White House 'Pledge to America's Workers' initiative had anything to do with prompting and how many the companies would have created anyway but are simply disclosing to the White House to get credit."

"To put this claim in perspective, there are (or, at least, were) between 150-160 million jobs in the entire United States," Vox's Ian Millhiser added. "Trump is claiming that his daughter created 10 percent of ALL THE JOBS."