Holiday climate chaos: It was warmer in Alaska than Southern California this week 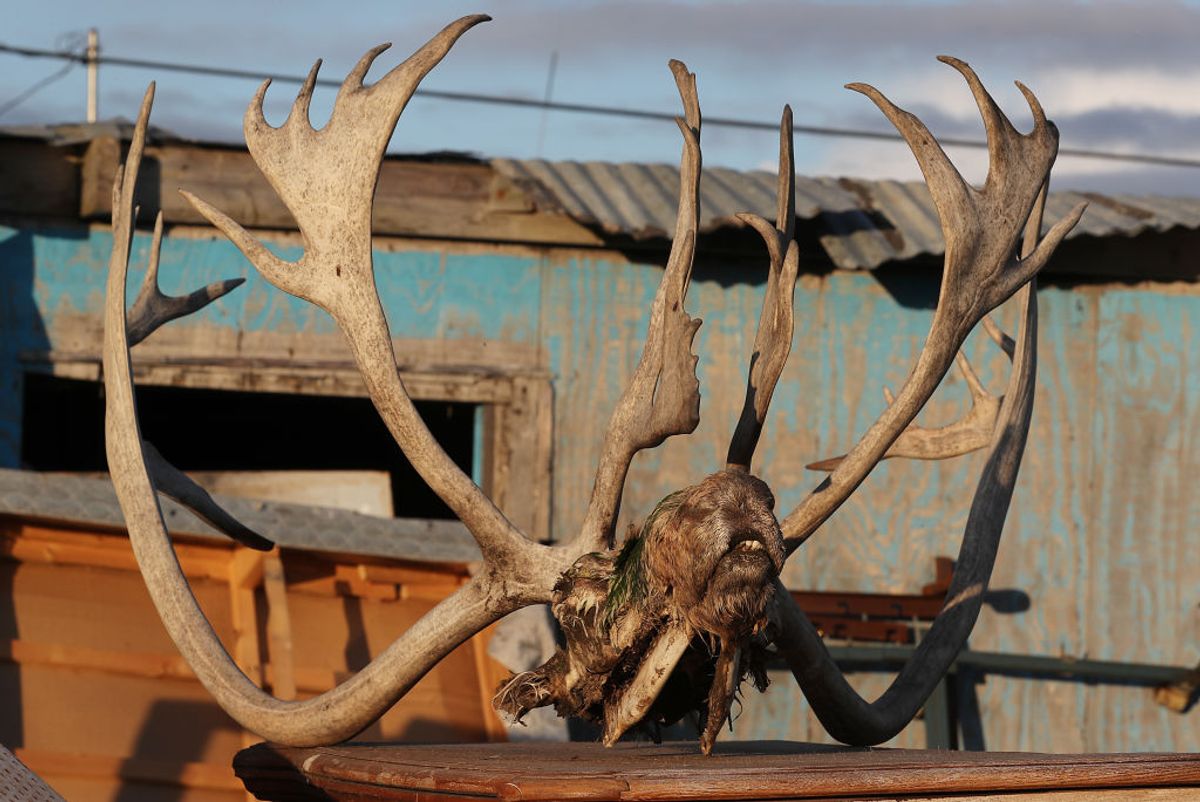 The skull of a caribou is seen outside a home in Kivalina, Alaska. Hunters in the village have seen the migration patterns of fish, caribou, seal and whale that they need for the long winter months change due to the warming weather. (Joe Raedle/Getty Images)
--

As parts of Alaska obliterated high-temperature records earlier this week, meteorologists and climate scientists warned that extreme heat and rainfall are the new normal in the nation's largest state and other Arctic and subarctic zones.

On Sunday, the town of Kodiak in southern Alaska hit 67°F — seven degrees warmer than the daytime high in San Diego — shattering the December record for Alaska by nine degrees, according to the National Weather Service. The town also broke the local December record by more than 20 degrees.

"I would not have thought such a thing possible," Rick Thoman, a climate specialist at the Alaska Center for Climate Assessment and Policy, tweeted Tuesday.

CNN meteorologist Brandon Miller said that "we've become somewhat numb to these 'never before seen' extremes in temperature and weather as climate change continues to push the envelope on what is possible all over the globe."

"In and around the Arctic this is especially true, where temperatures have been rising around twice as fast as the rest of the planet," he added.

Warmer air is wetter air, as higher temperatures mean the atmosphere can store more water vapor. Miller said this explains why more intense rainstorms and flooding are increasing along with global temperatures.

"Each degree Fahrenheit of warming can hold about 4% more water vapor," he said, "and much of Alaska was 40 degrees Fahrenheit or more above average temperatures for late December."

Parts of Alaska have suffered record rainfall this month. CNN reports that Fairbanks has been inundated with 4.75 inches of liquid-equivalent precipitation for the month — more than 10 times the historical average.

A study published last month in Nature Communications noted that "as the Arctic continues to warm faster than the rest of the planet, evidence mounts that the region is experiencing unprecedented environmental change," with "the hydrological cycle ... projected to intensify throughout the 21st century [and] increased evaporation from expanding open water areas and more precipitation."

The paper projected that Arctic winters will experience more rain than snow beginning sometime in the 2060s.

Extreme temperatures aren't just occurring during the Alaskan winters. In July 2019, Anchorage recorded an all-time high of 90°F. In July 2021, the record-breaking heatwave during which Lytton, British Columbia, set a Canadian record of 121°F triggered a 2.7-magnitude cryoseism, or "ice quake," near Juneau, Alaska's capital, as 92-degree heat melted glacier ice that subsequently saturated into the soil and then rapidly refroze.

Wildfires — which accelerate global heating by releasing massive amounts of carbon dioxide into the atmosphere — are also increasing along with Alaska's rising temperatures.

Scientists also warn that thawing Arctic permafrost in the northern parts of the state constitutes a "geological time bomb" set to release potentially devastating quantities of methane — a super-potent greenhouse gas whose emissions are roughly 87 times more potent than carbon dioxide emissions over a 20-year period — into the atmosphere.

Read more on the urgency of the climate crisis: