Why you should get excited about anise spirits

Ten licorice-laced bottles that are worth picking up 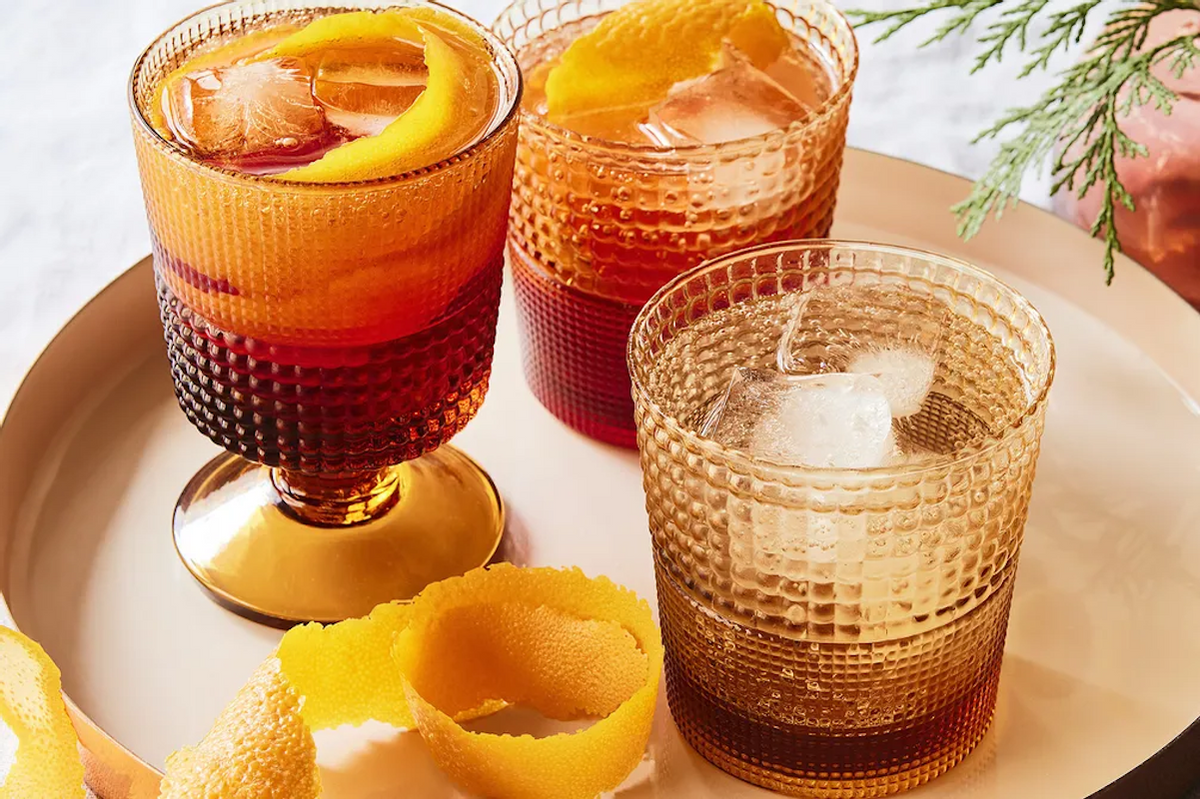 Here's our cheat sheet to a formerly forbidding spirit that, in 2021, is easy to drink and easy to understand.

The European tradition of serving a herbaceous, botanical-influenced drink before or after a meal (as an aperitif or digestif) has gained ground in America over the past few years thanks to the surge in popularity of amaro, the bittersweet Italian liqueur. For many of us this is a whole new category of beverage, sips that can be lead-ins to wine with dinner or provide a last energy surge for the night.

Drinkers' interest in amari has led craft distillers to experiment with different flavor profiles, notably anise, which has been a popular spirit ingredient in cultures around the globe, but which has been less popular in the states. Lately it seems that Americans are more open to anise and affiliated flavors like fennel and licorice, and it's clear that makers are finding new ways to tweak or balance the distinctive taste, too. We've made a guide to our favorite bottles with this flavor profile, including both newer American versions and some of the best traditional bottles. Trying them out can be an opportunity to socialize over drinks in a new way, or to explore the rituals of different cultures, or to connect with the history of botanical spirits, which primarily started out as medicines. It's also a chance to try your favorite craft distiller's favorite product. Booze nerds love to make these bottles because they get to us different processes to get coax the color and taste out of the base ingredients, allowing for a lot of creativity. Anise spirits come under a number of regional names and brand names and in many different varieties (using different neutral-spirits bases, with added sugar or not, landing at a higher or lower proof, using different kinds of anise, adding various other flavorings). The telltale across all categories is the louche, or the way a spirit laden with anise will turn cloudy and pearlescent when mixed with water. Call it magic or call it chemistry, it's just one more reason to try something new.

Absinthe, an anise spirit of Swiss origin with notes of wormwood and fennel, was once believed to cause hallucinations or insanity (it doesn't).

These smoother, softer absinthes from an American craft distiller come in three colors and have reduced the powerful anise and bitter wormwood notes, balancing them with other botanicals such as mint, hibiscus, and poppy seeds. They're good mixed with club soda or used for home bartending — the white especially is versatile and can substitute for a dry vermouth.

An organic, mostly locally sourced absinthe from a meticulous Pittsburgh craft distillery, the Absent Minded combines anise flavorings with a wealth of dried botanicals to create a subtle, layered effect. Shake it with whiskey to make a cocktail similar to a Sazerac, or try Wigle's bottled-cocktail version, the "Bird in Hand."

The unofficial national spirit of Colombia, aguardiente translates to "fiery water," and is distilled from sugarcane.

A new Colombian brand making the first premium version of Aguardiente available in the United States, Cumbé tames the fire in "firewater" by using high-quality ingredients such as locally sourced sugarcane to brew the base alcohol, water from a glacial source, and mellow Andean Pimpinella anise for flavoring. Short-term oak barrel aging further smooths out the taste, making Cumbé excellent for sipping neat or for knocking back as shots while dancing, as is the local tradition.

The first anise spirit, made as early as the 12th century, arak is based on a neutral alcohol made from grapes, and is the classic beverage of the Levant, or the eastern Mediterranean region.

Arak Razzouk Distillery was the first in Lebanon to bottle arak and sell it commercially (it was previously sold from earthenware vessels in the markets). Its fresh, nutty, powerfully aromatic version adds nothing more than aniseed and is aged in clay. Mix it with water or serve over ice as an aperitif, and accompany with traditional meze, especially dishes that include parsley, raw tomato, garlic, lemon, and mint.

Experimental Hudson Valley winemaker Todd Cavello is known for low-intervention wines and for reintroducing the world to piquette. He has a brand-new, limited-release arak, distilled from a base wine of Merlot, which he made as a tribute to his Palestinian grandmother, who died last year from complications of COVID-19. Available only to mailing-list subscribers.

Innovations by American craft distillers mean anise is popping up in unexpected beverages, even gin.

A duo of craft makers in the Bedford-Stuyvesant section of Brooklyn make an all-natural gin inspired by traditional medicines, employing a sugarcane-based neutral spirit and adding a strong enough hint of anise to produce a sexy, light louche. Drink on ice or with club soda — you'll want to taste this one.

A classic French anise-flavored spirit, pastis was developed after absinthe was banned in 1915, and differs primarily by omitting the wormwood.

A producer of Armagnac bought a cache of family recipes from a distiller of pastis and absinthe in 2003, and now makes one of the better imported versions of both. Its pastis is made from a sugar-beet neutral-spirit base and flavored with Chinese star anise and Turkish aniseed. Try it the long, slow French way — mix with water, add ice, and then nurse for hours by slowly adding more water to the glass.

Ubiquitous in Italian-American restaurants, Italy's anise-flavored spirit is sambuca, a liqueur (which means it's sweetened) flavored primarily with star anise, and usually served with espresso.

Renowned grappa producer Poli Distillerie stopped making its smooth, elegant sambuca, which tastes like fresh fennel, in the 1980s, but recently brought it back due to the surge in demand. Consume it as they do in the Veneto, as a "rasentin," the Venetian phrase for "rinse," by putting a few drops into a seemingly empty espresso cup to capture one last taste of the coffee.

The better-known anise-flavored spirit from Greece is ouzo, but the even more aromatic tsipouro, made from a grape-based neutral alcohol, is often flavored with aniseed, and is just as popular in the Greek Islands.

Lazy Eye is a southern New Jersey distillery that started as an homage to a Greek-immigrant patriarch who bootlegged homemade spirits to the Greek immigrant community, and it sells the only tsipouro made in the U.S. Its version is distilled from a wine made from local grapes, and we'd recommend drinking it diluted as an aperitif or to accompany a Mediterranean seafood meal, or at full strength with a dessert incorporating coffee, fruit, or nuts.