Everyone in Maine is obsessed with these chips

They're just gas station snacks, but Humpty Dumpty All Dressed chips are so dang good 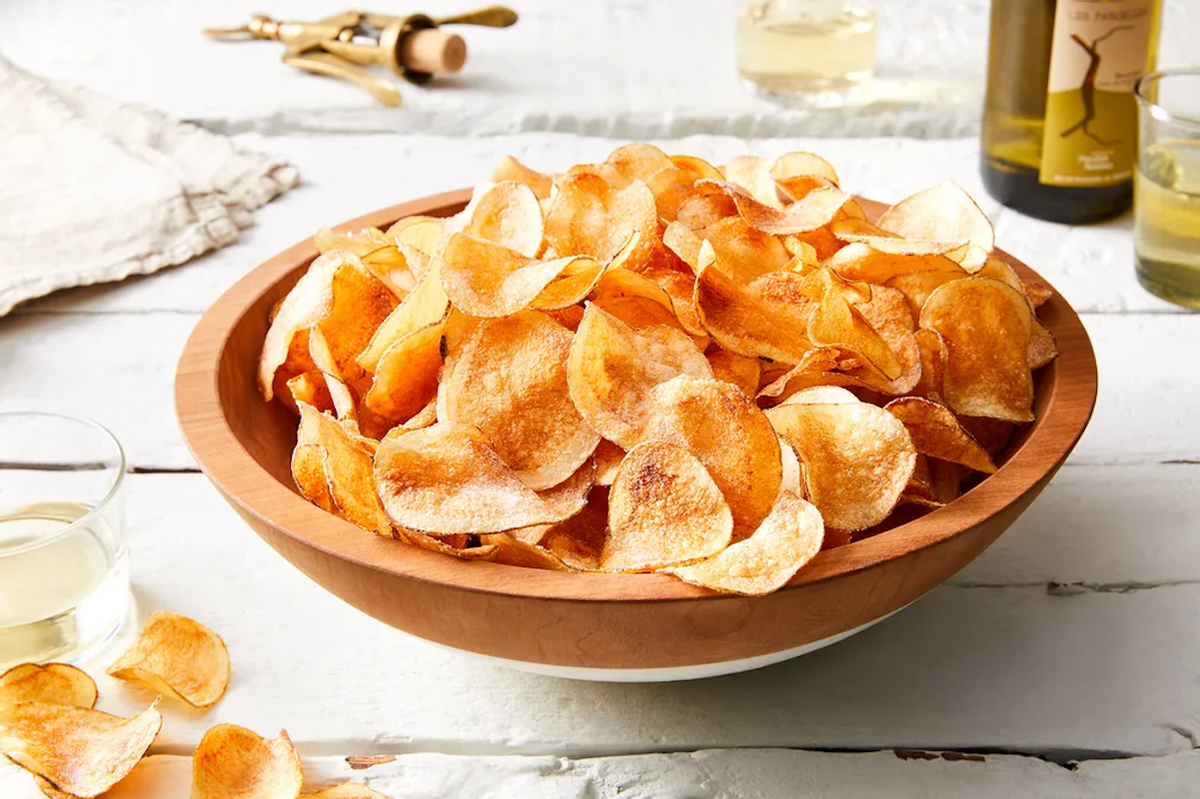 Growing up in rural Connecticut, Maine was always kind of a mystery to me. My family had spent ample time driving up and down the tree-lined highways in New England, visiting college towns like Northampton, Massachusetts, and Burlington, Vermont, and we'd been all over New Hampshire to ski. Maine was just too far away. So when my wife, daughter, and I moved here from Brooklyn during the pandemic, I worried we'd feel alienated despite being home in New England.

I quickly learned that Maine shared more in common with my childhood haunts — and less in common with the frenzy of New York City — than I ever could have imagined. Hell, you could find a dozen telltale New England things walking into a gas station: a 10-pack of mini Fireball bottles, Moxie soda, Red Snapper dogs, and my favorite: Humpty Dumpty All Dressed Potato Chips.

Everyone in Maine seems to adore these cult potato chips. The entire state of Maine is a cult, but only about these chips. Mainers know what they want: They take their Dunkin' hot and light, their lobster with mayo and not butter, and always a bag of Humpty Dumpty All Dressed chips on the side. Oddly enough, Mainers may be the only people who get to enjoy these chips, as they literally cannot be found outside the state. Here's why.

Humpty Dumpty operates as a subsidiary of a company called Old Dutch Foods, a snack manufacturer that mainly distributes chips and pretzels across the Midwest, New England, and Canada. The Humpty Dumpty Potato Chip Company was founded in 1947 in Scarborough, Maine, by George Robinson and Norman Cole, and specialized in flavors like ketchup and sour cream and clam chips. After being sold to a Canadian company in 2000, Old Dutch Foods bought Humpty Dumpty, rebranding some of its chips as "Old Dutch" while keeping the "Humpty Dumpty" label on others.

Regardless of how many hands have touched Humpty Dumpty, Mainers have loved these chips since they started showing up in gas stations more than 60 years ago.

"I'm not sure, I can ask," said Eddie, a 22-year-old cashier at The Rusty Lantern in Topsham, Maine, when I called to ask about the chips. He asked a manager in another part of the store before getting back to me: "Based on her reaction it seems like they sell really well," said Eddie. "I hadn't had them before here, but I've had them now, and they're really good."

Like the residents of Vacationland, Humpty Dumpty chips hold a mysterious air about them that makes it hard to piece together their story. We know people love them, and we know it's nearly impossible to find them anywhere outside the Pine Tree State. Famed "Simpsons" writer and "The Gordon Ramsay of Fast Food," Bill Oakley, managed to get his hands on Humpty Dumpty All Dressed potato chips a few years back.

"All Dressed Humpty Dumpty potato chips are, in my opinion, the best potato chips I've ever eaten and possibly the best potato chips available anywhere," said the snack-food lover and creator of fan-favorite Simpsons episode "Homer's Enemy." Oakley is a famously discerning snack critic. He refuses to use the term "junk food" and spent a lot of our phone call gushing over some of his favorite snacks from around the world, like Japanese chocolate-and-potato-chip-coated peanuts and rotisserie-chicken-flavored Lay's potato chips from Canada. Oakley's somewhat of a savant when it comes to snack foods, and he has always held a special place in his heart for the elusive Maine chips.

"Ruffles All Dressed — which are the Canadian gold standard of All Dressed — those are terrific," continues Bill, "They have a more intense flavor in Canada than the ones they sell in America. Humpty Dumpty has a delicious flavor as well. Equally delicious, and I like the ruffling a little bit better. Humpty Dumpty's ruffles are a little looser, and it gives the chip a little more lightness. In my opinion, just a little bit more enjoyable chip-wise and texture-wise than the Ruffles."

I love these damn chips. They're thicker than your run-of-the-mill potato chip, sending flavor shrapnel to every corner of your tongue with each crunch. They've got girth and body and soul. Despite the fact that Humpty Dumpty has put out so many unique flavors (most notably Dill Pickle, Au Gratin, and St-Hubert rotisserie chicken), All Dressed seems to be the de facto favorite among those who've eaten these iconic chips.

What is it about these chips that draws in Mainers? Maybe it's the price: Most bags have a very unsubtle $2 sticker on the front. Or could it be the availability? You'll find them in most gas stations and supermarkets in Maine. I think it's because Mainers identify with All Dressed chips. Mainers are mysterious and hard to track down on a spiritual level. They're hardworking but elusive. Cold but strangely open: When I first moved into my house, my mailman introduced himself as Dov, and told me if he had to write a book about his life it'd be titled "My F**ked-Up Life." That's a true story.

Bold like the tangy zip of All Dressed (usually a mixture of ketchup, barbecue sauce, and salt and vinegar), Mainers like to proverbially throw it all on the table for you to eat up. My landscaper, within minutes of meeting me, asked me why Bill and Melinda Gates were buying up "shit tons of farmland out west." Maybe it's because Maine is so close to Canada, where All Dressed flavor is more of a standard. Regardless of the reasoning, it's a chip we Mainers love and can unconditionally call ours. Want some? Come and get 'em!