A guest on Joe Rogan's podcast compared U.S. public health authorities and the Nazi party during its rise to power 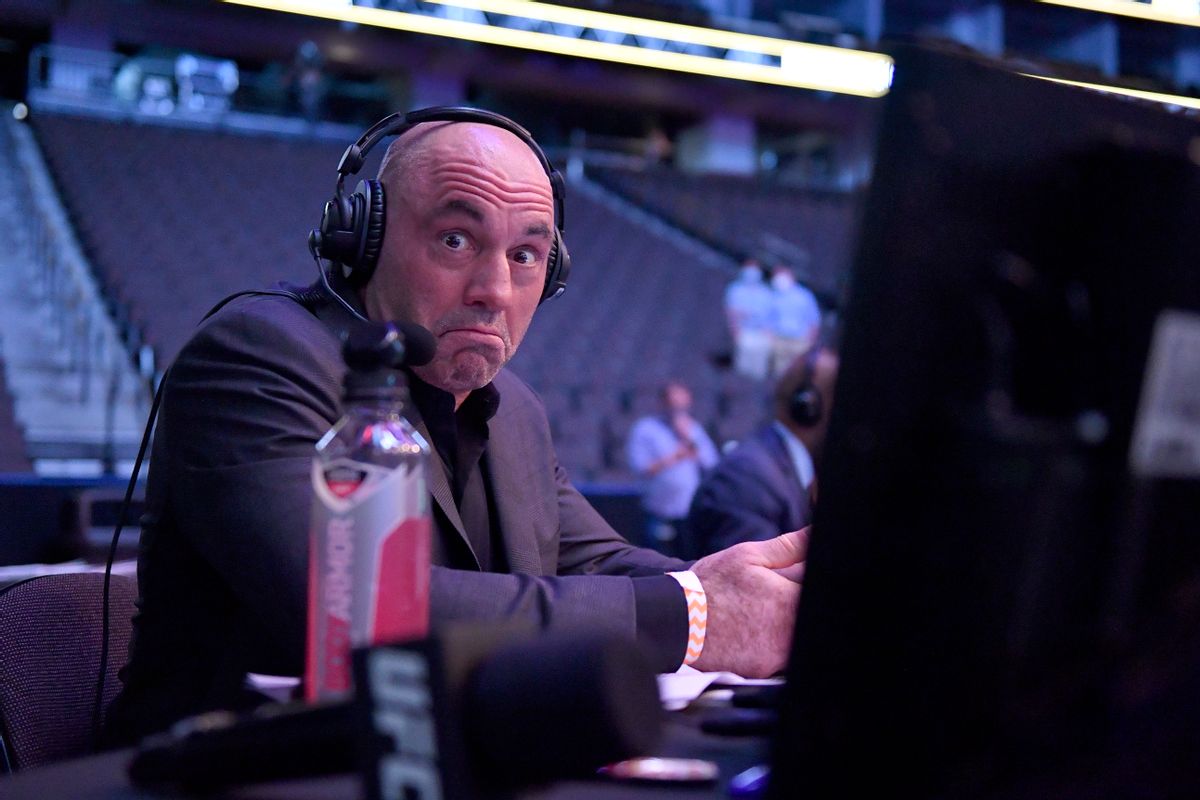 Joe Rogan is back in the headlines again — this time, for an inflammatory New Year's Eve interview with infectious disease scientist-turned-anti-vaccine provocateur Dr. Robert Malone, who claims to have helped create the mRNA technology used in Pfizer and Moderna's shots yet rose to prominence recently after a series of interviews with right-wing outlets in which he spread false information about the jabs and sought to undermine the government campaign to vaccinate Americans.

Online video giant YouTube removed clips from the episode (No. 1757 of the Joe Rogan Experience) this week following online backlash, particularly over Malone's comparison of U.S. public health authorities and the German Nazi Party during its rise to power in the 1930s and '40s. Youtube has not publicly released a reason for its takedown, saying simply that it violated the platform's "community guidelines."

Needless to say, the "censorship" did not sit well with Rogan's audience, which rushed to decry Big Tech for the perceived infringement.

During the episode, Malone seemed to suggest that public health authorities and pro-vaccine messaging were driving Americans "barking mad" — while referring multiple times to the FDA-approved shots as "experimental" vaccines.

He attributed Americans' rush to embrace vaccines to "mass formation psychosis," an academic-sounding term that nonetheless appears to have little discernable scholarship behind it.

"When you have a society that has become decoupled from each other, and has free floating anxiety in a sense that things don't make sense, we can't understand it," Malone said. "And then their attention gets focused by a leader or series of events on one small point, just like hypnosis. They literally become hypnotized and can be led anywhere."

According to an analysis from Forbes looking into Malone's assertions, "mass formation psychosis" does not appear anywhere on PubMed, a database of medical scholarship maintained by the United States National Library of Medicine at the National Institutes of Health. The phrase itself appears to be an amalgamation of "mass formation," which describes a type of mob psychology that can lead individuals to do strange things when part of a larger group, and "psychosis," a term describing a loss of contact with reality.

The entire theory, according to Fox News, stems from assertions made by a little-known Belgian professor named Mattias Desmet, who despite millions of deaths worldwide continues to insist the pandemic is largely "psychological" in nature.

Malone's comments tracked with his questionable past assertions — made on Steve Bannon's "War Room" podcast, Tucker Carlson's Fox News show and other right-wing media — including the false claim that COVID-19 vaccines make symptoms of the virus much worse.

A profile of Malone in The Atlantic this August outlined this history of misinformation, and delved into his claims of ownership over the methods underpinning mRNA vaccines. "Whether Malone really came up with mRNA vaccines is a question probably best left to Swedish prize committees, but you could make a case for his involvement," Tom Bartlett writes, due to Malone's pioneering research done in the late 1980s and early '90s on RNA and DNA injections into mouse muscle cells, among other things.

He left academia to work at a private pharmaceutical company called Vical, but in recent years has become angry and bitter at the company and others for not properly attributing their success to his research. Bartlett continues:

The process of achieving major scientific advancements tends to be more cumulative and complex than the apple-to-the-head stories we usually tell, but this much can be said for sure: Malone was involved in groundbreaking work related to mRNA vaccines before it was cool or profitable; and he and others who believed in the potential of RNA-based vaccines in the 1980s turned out to be world-savingly correct.

In response to his "censorship" from multiple online platforms, Malone simply claimed the bans and takedowns proved his "mass formation psychosis" theory.

"What the media doesn't understand is that you can't suppress information," he said. "It'll find a way to be free."

Following the brouhaha, Rogan called for a boycott of Twitter — instead calling on his more than 7.9 million Twitter followers to follow him to the alternative social media site GETTR, run by former Donald Trump aide Jason Miller.

"Just in case shit over at Twitter gets even dumber, I'm here now as well. Rejoice!" Rogan wrote in his first post on the platform. It's a big get for the upstart site, which despite some early success as a conservative alternative to Twitter, has nonetheless been plagued by hackers and spam posts, as well as shoddy security measures.

Miller later claimed in an interview with Insider that "more than 171,000 people signed up for GETTR" after Rogan's announcement, the site's biggest day since launching last year.