The "Let's go Brandon" crowd claims Biden is impaired. As mental health professionals, we see no evidence of that 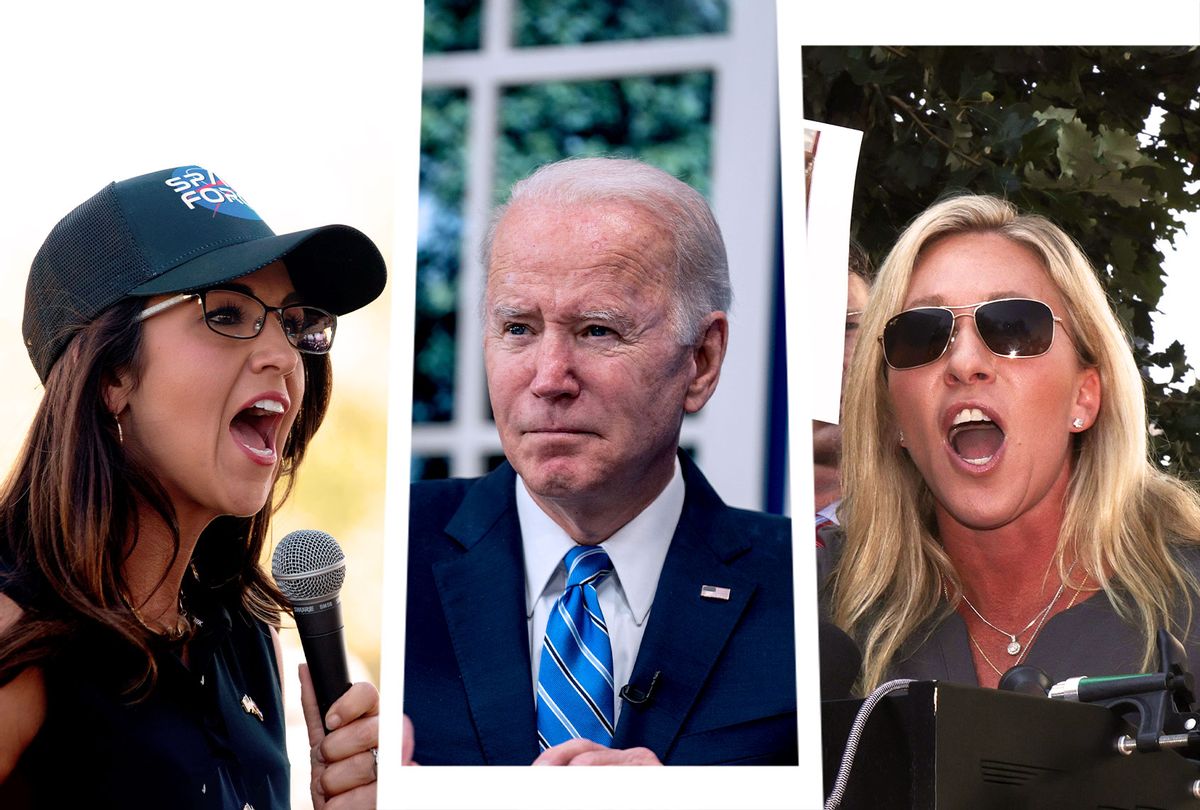 The era in which we live provides us with 24-hour access to publicly available examples of what people say and do. Even so, there is the inherent danger that the information can not merely be used to provide evidence-based thoughtful analysis but, conversely, to be weaponized for political purposes. As our 22-month battle with COVID-19 and the ongoing and widespread dissemination of the Big Lie regarding the 2020 presidential election demonstrate, a large segment of our population is comfortable operating without evidence. To put that another way, many people, notably elected officials, are lying with malice and impunity.

Due in large part to the animus that exists in today's sociopolitical environment as well as the advanced age of our current president, there are countless baseless observations and accusations bandied about popular and social media regarding his cognitive competence and fitness for duty.

During the previous administration, there were ongoing public (and likely private) discussions about the former president's apparent disordered personality and the relevance and applicability of the "Goldwater rule," an American Psychiatric Association stipulation that mental health professionals should not comment on the psychological or psychiatric status of a person whom he or she has not directly assessed in a clinical setting. As we have stated in our previous work, we believe the Goldwater rule to be outdated and antiquated. When Sen. Barry Goldwater was a presidential candidate in 1964, data on his behavior was severely limited. Mental health experts today have access to thousands of videos, audios, tweets, interviews and speeches of the president and innumerable other public figures and politicians. In other words, we have vast amounts of real-time, real-life, behavioral data that far exceeds what can be obtained in a semi-structured clinical session.

RELATED: Here's one thing we should be happy Trump destroyed: The "Goldwater rule" bites the dust

What we have seen for the past six years is the muzzling of experts on abnormal human behavior and free rein for unqualified or underqualified journalists and public figures to weigh in on subjects that are far more serious and consequential than their pay grade.

To be clear, the "QAnon caucus" in Congress (including, but not limited to, Reps. Lauren Boebert, Marjorie Taylor Greene, Matt Gaetz, Jim Jordan and Madison Cawthorn) are grossly unqualified repeat liars, who are organizing yet another movement based in falsehood. Furthermore, members of this group and the Republican Party at large display a twisted combination of limited intellectual ability, a penchant for gullibility, vulnerability to cult ideology, a Dunning-Kruger level lack of awareness and, in some cases, sociopathic tendencies.

In addition, Dr. Ronny Jackson, the former White House physician turned Republican congressman, was derelict in his duties as Donald Trump's chief medical provider and has made libelous remarks regarding Joe Biden's mental acuity and fitness. This is especially disheartening given that Jackson achieved the rank of admiral in the U.S. Navy and swore multiple oaths to the U.S. Constitution, as well as the one he pledged to Hippocrates.

Since Trump's election in 2016, data and facts about his pathological personality have been ignored and swept under the rug by his sycophants and by Republicans as a whole. In fact, there are numerous reports from those who served in close proximity with the former president who have provided detailed accounts to journalists and authors regarding how his behavior — variously described as "crazy," "wacky" and "nuts" — was managed in the White House.

All mental health experts on record have been nearly unanimous in their view that Trump has malignant psychopathology. Only one or two psychiatrists have supported Trump, largely due to their allegiance to the Goldwater rule or through reliance on an overly strict interpretation holding that Trump could not be considered psychiatrically disordered because he had attained the presidency and was not publicly distressed. The rationale behind that was essentially that since Trump did not show distress or obvious impairment in his daily life, his dangerously pathological narcissism did not qualify as a disorder.

We refuse to render our professional opinions based on political ideology or blind adherence to the Goldwater rule. Rather, we always approach our clinical work in an intellectually and professionally honest manner.

For the record and based on hundreds of hours of available behavioral data, we state the following:

Joseph R. Biden Jr does not show evidence of:

President Biden does, however, show:

In sum, at age 79, the president shows no concerning behavior regarding his competence and fitness for duty. Any claims to the contrary should be considered in terms of the source.

We derive and express our clinical opinions based on data and science. Political ideology of any kind, including an extremist desire to undermine our representative democracy, has no place in mental health assessments.