Democrats, at least for a moment, seemed more than happy to sing the former vice president's praises 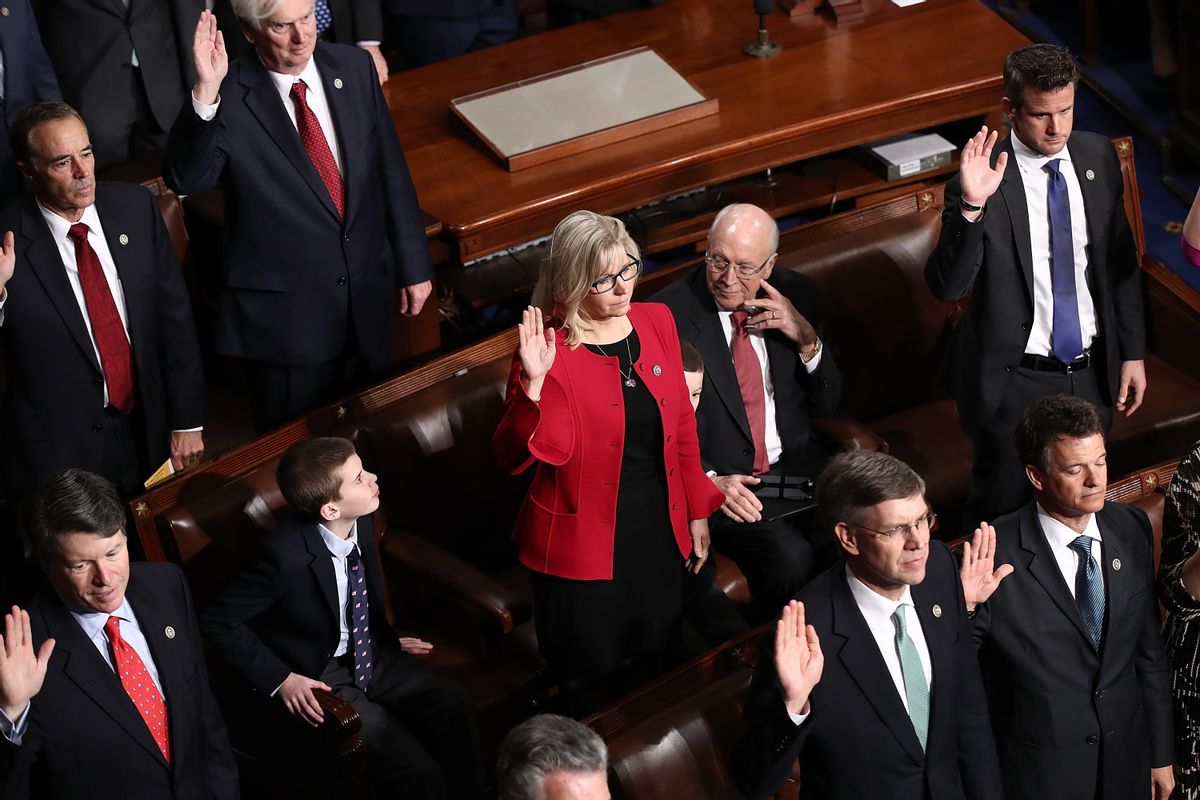 It would have been an odd scene just a few years ago: Congressional Democrats lining up to greet and exchange kind words with former vice president Dick Cheney, who along with his daughter, Rep. Liz Cheney, were the only two Republican members present for an event held at the U.S. Capitol Thursday to commemorate the attempted Jan. 6 insurrection.

Asked why he decided to show up, Cheney told ABC, "It's an important historical event. You can't overestimate how important it is."

He added: "I'm deeply disappointed we don't have better leadership in the Republican Party to restore the Constitution."

The scene was so unusual for its remarkable cordiality in an age of hyper-polarization. Indeed, even during his years as President George W. Bush's No. 2 — an era in American governance that despite its own simmering horror, seems calm and friendly by today's standards — Cheney was a larger-than-life liberal boogeyman, described by many as a dark force driving American policy from the background of the West Wing.

Despite their past denunciations, several Democrats even went out of their way to praise him Thursday with House Appropriations Chair Rosa DeLauro telling reporters he "cares deeply about this country."

"This isn't about partisanship," she added. "This is about, you know, what this citadel of democracy represents, for him, for me, for Liz Cheney, for all of us here."

"In this fight, he's an ally," Rep. Eric Swalwell, D-Calif., added following the event. "And this fight, for the soul of America, is the only one that matters."

Liz Cheney is in the middle of ramping up a bitterly contested primary campaign to hold onto her Wyoming congressional seat in the face of opposition from pro-Trump forces who have labeled her as an enemy for publicly opposing the former president's attempts to overturn the 2020 election results. The Wyoming Republican Party even voted to stop recognizing the political scion as a member of the GOP last November, a firm rebuke as she faces a crowded primary against Trump-endorsed attorney Harriet Hageman, among others.

RELATED: Liz Cheney: Not the Republican hero that we needed in 2022

But there are some bright spots to the publicity for the younger Cheney — namely, an influx of donations from Democratic-aligned donors in recent months. These donors include Democratic investors Ron Conway and Ted Janus, as well as John Pritzker, the wealthy brother of Democratic Illinois Gov. J.B. Pritzker, according to CNBC.

During a Thursday interview with The New York Times' "The Daily" podcast, she doubled down on her criticism of current Republican Party leadership and made headlines for confirming a long-known rumor about the way she chewed out fellow GOP Rep. Jim Jordan, R-Oh, for his role in laying the groundwork for Jan. 6.

"Get away from me, you f---ing did this," she allegedly told Jordan as they were both being escorted to a safe room within the Capitol that day. She confirmed to host Michael Barbaro that the interaction took place, and added some extra context for her remarks.

"I was in the aisle and [Jordan] came over to me and basically said, we need to get the ladies away from the aisle. And, you know, I had watched for the months since the election what was going on and the lies that have been told to people," Cheney told Barbaro.

"And it was both that I, you know, certainly didn't need his help, and secondly, I thought clearly that the lie that they had been spreading and telling people had absolutely contributed to what we were living through at that moment," she added.

The Cheneys weren't the only mid-2000s-era liberal villains to reappear for the one-year anniversary of the Capitol riot. Former Bush adviser Karl Rove wrote an op-ed for the Wall Street Journal: "Republicans' Jan. 6 Responsibility."