Liz Cheney: Not the Republican hero that we needed in 2021 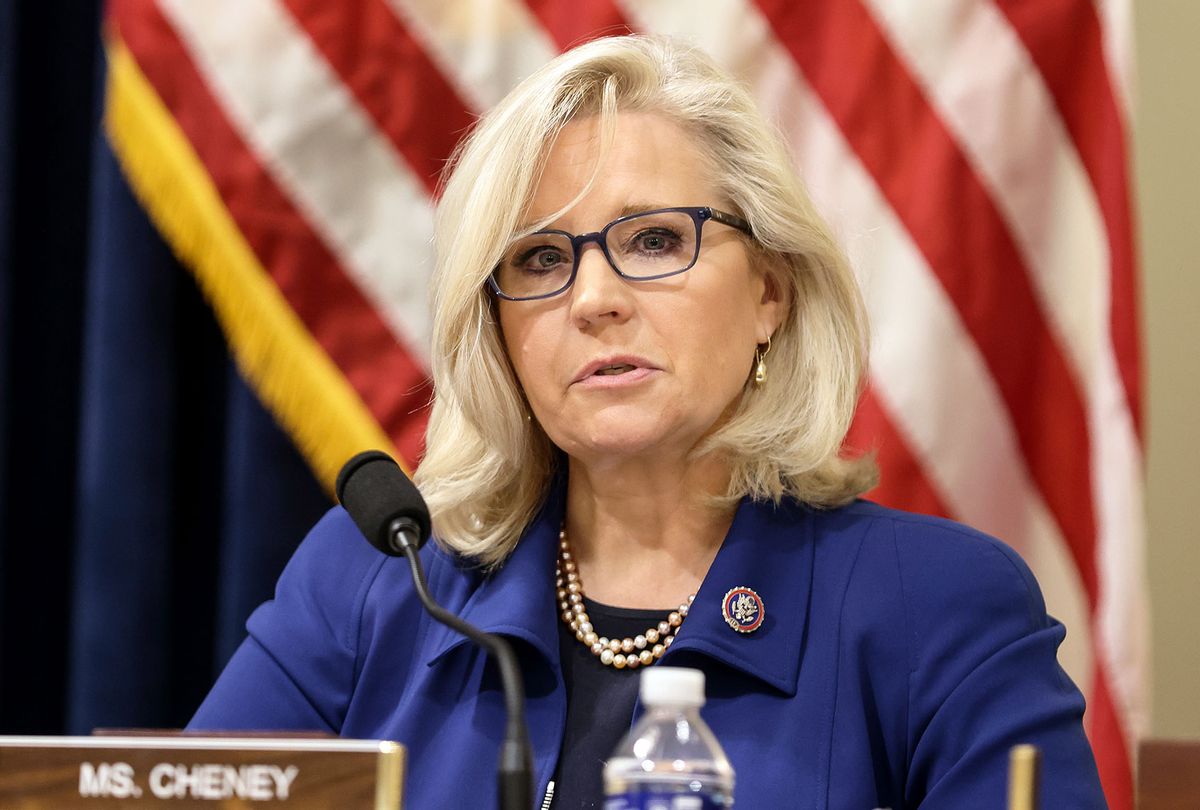 From the moment that Donald Trump first ran for president in 2015, there's been a longing — from not just the mainstream media, but from large numbers of Democrats — for Republican heroes who will stand up to him. The tiny percentage of almost entirely elite Republicans who objected to Trump became known as "never-Trumpers" and were exalted in #Resistance circles as patriots and heroes, even though their actual power over the GOP was non-existent. They existed more to prop up this illusion that the Republican Party was once an upstanding party, and that it's only after the advent of Trump that the GOP lost its way.

"I say to my Republican friends, take back your party. The country needs a big, strong Republican Party," Speaker of the House Nancy Pelosi, embodying this type of thinking, remarked in September. Pelosi is right in one respect: Democracy can't endure when only one party feels constrained by the demands of basic morality. But the premise of her remarks was rotten in multiple ways.

For one thing, there is no better form of the Republican Party to "take back." The GOP has been the party of Richard Nixon and Joe McCarthy for longer than most Americans have been alive. Trump's mentor, infamously sleazy lawyer Roy Cohn, was influential in Ronald Reagan's administration, at least until he was disbarred and died of AIDS. Reagan's race-baiting, you'll recall, was hardly more subtle than Trump's. And before Trump's Big Lie, we had George W. Bush's "WMDs in Iraq." Jonah Goldberg may play at being the upright conservative now, but he only came up in GOP politics because his mother was involved in destroying the life of a young Monica Lewinsky. The fantasy of the "good Republican" relies on ignoring literal decades of actual Republican behavior.

In 2021, no one more illustrated this gulf between the fantasy of the heroic Republican and the actual scumminess of the GOP than Rep. Liz Cheney of Wyoming.

RELATED: Never forget that Liz Cheney helped produce Trumpism — and could be worse in the long run

The daughter of former vice president Dick Cheney has made a name for herself with MSBNC viewers in the past year by refusing to back down from her vocal outrage over Trump inciting a violent insurrection on January 6. For that, she now stands out from the vast majority of her party, which has reorganized to cover for Trump and lay the groundwork for his 2024 coup effort to succeed. She most recently made headlines when, as part of her duties for the Jan. 6 committee, she dramatically read text messages sent from Fox News hosts to Trump's chief of staff, Mark Meadows. The texts proved the hosts knew Trump was responsible for the riot, even as they pretended otherwise on-air.

But while that was a jolly good time that embarrassed the liars at Fox News, no one should be confused about why Cheney is doing what she's doing. Her objections to Trump and his insurrection aren't rooted in any real interest in saving democracy. On the contrary, her anger is clearly more aesethetic than substantive. She and her family were served well by the old school of GOP politics, which were thoroughly corrupt, but kept the appearance of sleaze at arm's length by making sure the unkempt masses knew their place. It's one thing to get the votes of the doughy redhats with bad facial hair by throwing them red meat from behind a podium. It's another thing entirely when the animals are running through the Capitol, breaking things and leaving behind the odor of marijuana smoke and smeared feces.

It's not just that her father was one of the architects of the original big lie, the "WMDs in Iraq" nonsense that was produced to justify the unjustifiable invasion of Iraq. Until Trump tried to overtly steal the 2020 election, Cheney stood by her man through thick and thin. She voted with Trump 93% of the time during his four years in office. When Trump attempted to blackmail the Ukrainian president into falsifying evidence for an anti-Biden conspiracy theory in 2019, Cheney refused to vote to impeach him. She also joins in with every Fox News smear of Democrats, showing that she's fully committed to the GOP's long-standing habit of resorting to dirty tricks.

Most importantly, Cheney opposes voting rights. She supported the long line of Trump judges that were being installed in order to gut the Voting Rights Act. Even after she became an outspoken Trump critic, she vehemently refused to back any kind of legislation to prevent the ongoing state-level efforts by Republicans to make sure Trump's next coup is more effective. She doesn't take issue with Republicans trying to wind down democracy or steal elections. She just wants to put a gloss of respectability on the process. A paperwork coup, where power is obtained by preventing people from voting and by corrupting the election systems, is just fine by Cheney. What grossed her out was the way Trump and his allies kept doing obvious coup-stuff on camera.

It's understandable that so many Democrats want there to be a better Republican Party. Democracies are better when they're competitive. One only has to look at the debacle of Andrew Cuomo's tenure as New York's governor to see the decay that sets into even left-leaning parties when there's no real electoral competition. But it's important not to confuse what Democrats want — a healthy democracy — with what the handful of never-Trump Republicans like Cheney want. What Cheney wants isn't a healthy democracy or a better GOP. She just wants a return to the old days, when Republican corruption was better-dressed and didn't involve being photographed kow-towing to an embarrassment like Trump. Sorry Liz, wanting classier D.C. cocktail parties is not the same thing as wanting a functioning democracy.