The corporations behind Trump's coup are back at it

After the Capitol riot, Big Business promised to stop donating to the "Sedition Caucus." That vow didn't last long 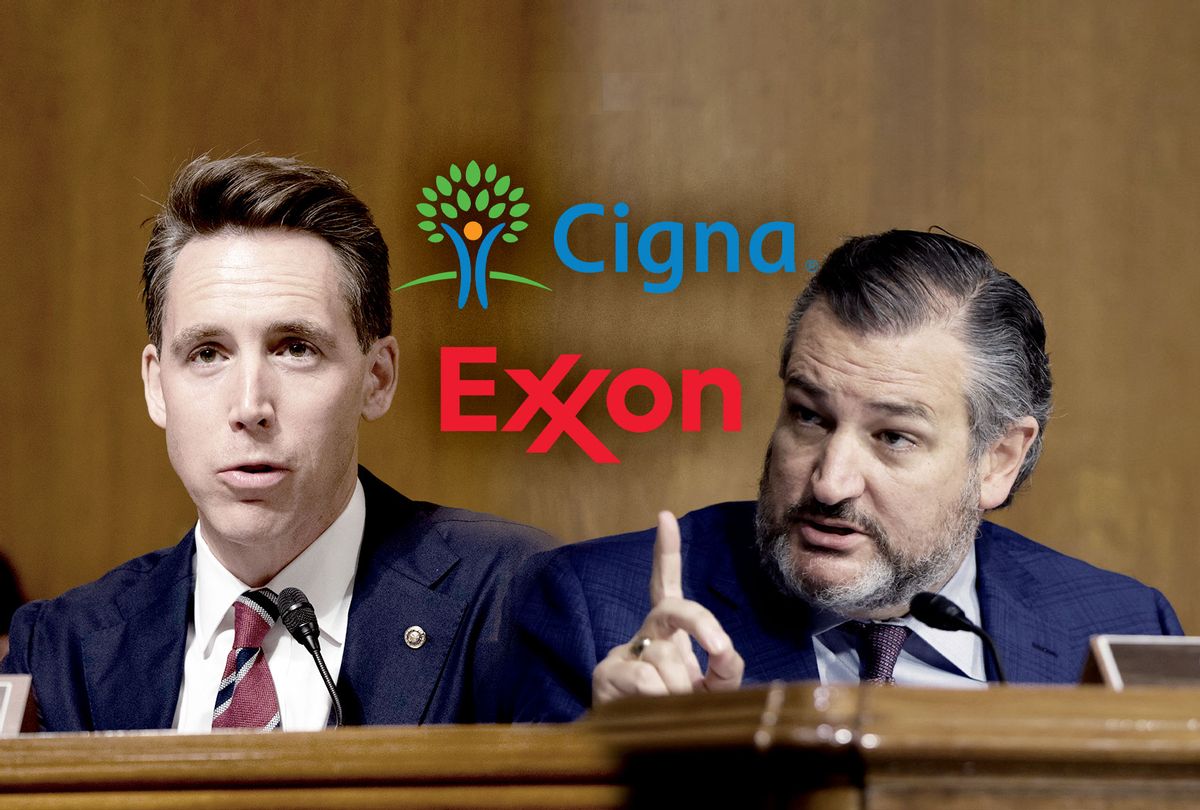 In the immediate aftermath of the Capitol riot, a handful of major U.S. corporations pledged to stop funding the campaigns of Republicans who voted to overturn the 2020 election. One year later, campaign filings reveal that these companies have completely abandoned their promise, donating to countless members of the so-called Sedition Caucus.

According to a new report by political watchdog Accountable.US, the private sector poured $8.1 million into the coffers of 147 Republican lawmakers who voted to reject President Biden's victory. Among the most notable donors to the GOP objectors include Pfizer, Cigna, Boeing, General Motors, and ExxonMobil.

Following the January 6 Capitol riot, Pfizer announced a six-month suspension on donations "to any of the 147 Members of Congress who voted against certifying the Electoral College results," according to an internal memo obtained by Popular Information. In the months following, however, the company donated at least $49,500 to these very legislators.

Weapons contractor Lockheed Martin made a similar about-face. In the wake of the insurrection, the company vowed to reshape PAC strategy in line with the company's "core values and the constantly changing political landscape." The company later donated $184,000 to the Sedition Caucus.

ExxonMobil likewise said last January that it had a "robust process" to assess any "candidate's platform, prior voting record, and consistency with the company's priorities." But throughout the course of 2021, the oil giant's PAC contributed $61,000 to lawmakers who voted to challenge the Electoral College.

It isn't the first time that critics have pointed out the misalignment between Corporate America's rhetoric and record.

Back in April, just after Georgia passed a sweeping restrictive voting bill, numerous Georgia-based corporations like Coca-Cola and Delta spoke out against the measure. But FEC documents show that these two companies donated heavily to the very state lawmaker who backed the bill.

RELATED: ​​Corporate America is backing away from Georgia's anti-voting bill — after funding its sponsors

In June, at the height of George Floyd protests, we saw a similar pattern among many major U.S. corporations keen on speaking out against racial injustice. As Salon reported at the time, some of the most vocal among them – like AT&T, Target, and Amazon – have consistently donated to various police foundations across the country, even when these foundations have shown themselves to be at odds with the goals of racial justice advocates.