He's the first Black actor to win a leading role Oscar, and many of his films were considered ahead of their time 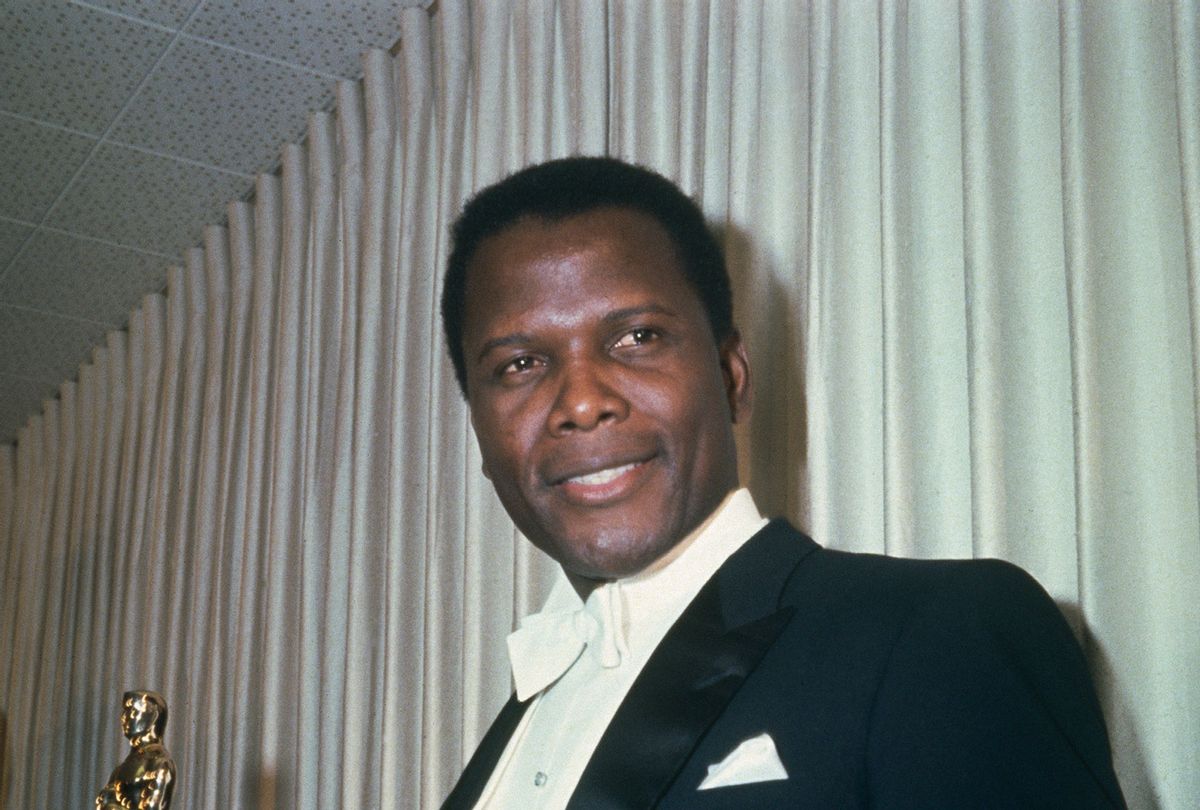 Sidney Poitier has died at the age of 94, according to Eugene Torchon-Newry, acting director general of the Ministry of Foreign Affairs in the Bahamas. Poitier was raised in the Bahamas, after being born in Miami in 1927.

The actor, director, and activist was the first Black actor to be nominated for any leading role Academy Award, for 1958's "The Defiant Ones," and the first Black Actor to win one, a best actor for "Lilies of the Field" in 1963. Many of his most well-known films dealt with racism and were considered ahead of their time, addressing issues that mainstream Hollywood mostly choose to ignore. In his 1967 film "Guess Who's Coming to Dinner," he plays the love interest of a white woman (Katharine Houghton) in a positive representation of the interracial relationships that America still refused to acknowledge. Loving v. Virginia, the civil rights case in which the U.S. Supreme Court ruled that laws banning interracial marriage violated the Fourteenth Amendment to the U.S. Constitution, was decided only that same year.

Poitier originally declined the role of Porgy, in Samuel Goldwyn's adaptation of George Gershwin's "Porgy and Bess," objecting over the stereotypical way Black characters were written in the musical. After Goldwyn allegedly threatened his career, he did the role, skipping the film's 1959 premiere. He agreed to the movie in large part to get to do "The Defiant Ones," which dealt with racial politics.

With his deep, booming voice (he had listened to the radio to lose his West Indian accent) and tall stature, Poitier was known as Hollywood's first Black matinee idol. His many other films include "To Sir With Love," where he plays a teacher at a London school, and "In the Heat of the Night," where his character struggles for acceptance as a detective and must deal with a fellow lawman's racism. Those two films, along with "Guess Who's Coming to Dinner" were some of the top-grossing Hollywood movies of 1967. He also appeared on Broadway in "Lysistrata" and "A Raisin in the Sun," and directed a Broadway production of "Carry Me Back to Morningside Heights."

"He was the reason a movie got made: the first solo, above-the-title African American movie star," Denzel Washington said at the 2002 Academy Awards, where Poitier was presented with an honorary Oscar. Poitier also received the Presidential Medal of Freedom in 2009 from President Barack Obama.

But, as the New York Times wrote, "Throughout his career, a heavy weight of racial significance bore down on Mr. Poitier and the characters he played. "I felt very much as if I were representing 15, 18 million people with every move I made," he once wrote.

In his 40s, he started directing and producing mostly mainstream films, like the Richard Pryor and Gene Wilder film "Stir Crazy" (1980). He also wrote three critically acclaimed memoirs. Poitier had six daughters, four with his first wife Juanita Marie Hardy, whom he divorced in 1965, and two with his second wife and former co-star Joanna Shimkus, who survives him.