Stephanie Grisham gave Jan. 6 committee "a number of names" they hadn't heard before

Grisham “identified some lines of inquiry that had never occurred to me,” Rep. Jamie Raskin said 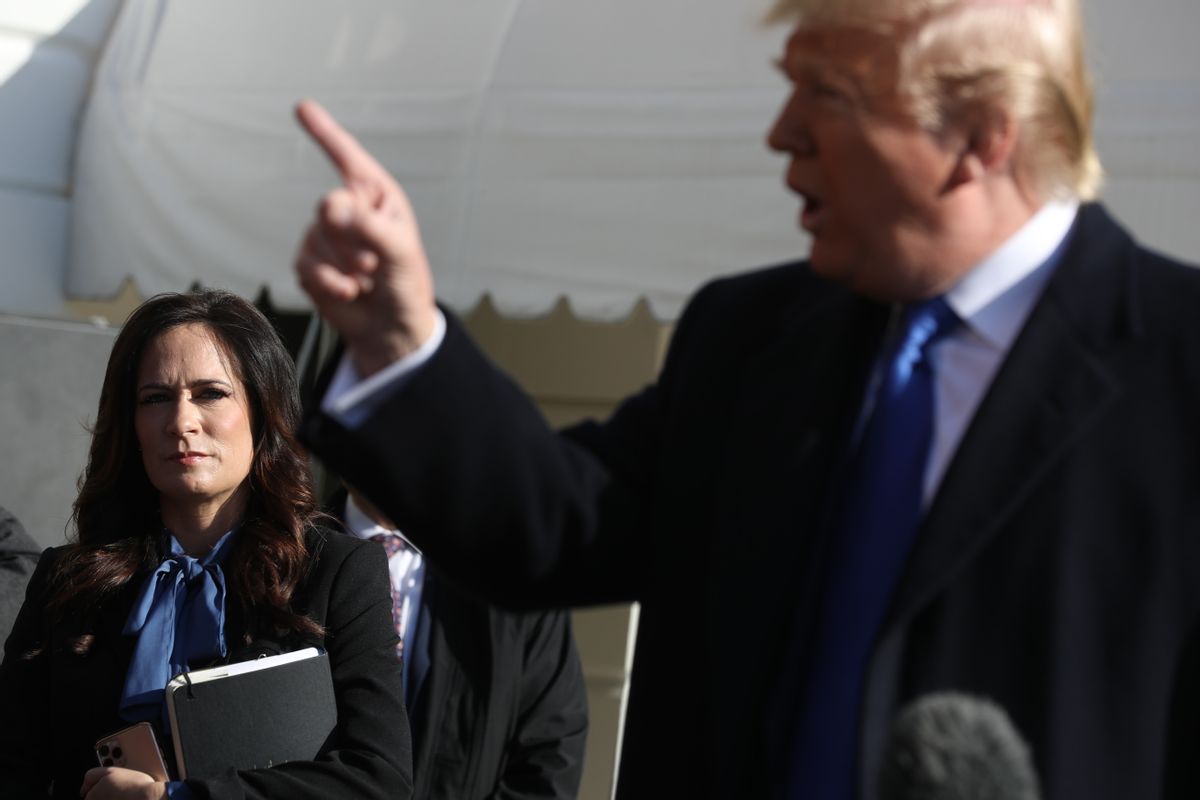 The House select committee investigating the Jan. 6 Capitol riot is now looking into "a number of names" that had not been previously mentioned after a revelatory interview with former White House press secretary Stephanie Grisham, Rep. Jamie Raskin, D-Md., said Sunday morning.

"She had a number of names that I had not heard before, and she had some new ways of looking at it," Raskin said during an interview on NBC's "Meet the Press," adding that she had "identified some lines of inquiry that had never occurred to me."

Grisham's interview with the committee happened Wednesday, just ahead of the one-year anniversary of the deadly attack at the U.S. Capitol building by hundreds of Trump supporters seeking to stop the certification of President Joe Biden's election victory. During Trump's term, she served as both White House press secretary and communications director for First Lady Melania Trump, before resigning from the Administration following the attempted insurrection.

During her testimony, Grisham also revealed several moments from inside the White House during the chaos of that day — including the fact that Trump "gleefully" rewound footage from the riot. She called his response to the violence "almost giddy."

"All I know about that day was that he was in the dining room, gleefully watching on his TV as he often did, 'look at all of the people fighting for me,' hitting rewind, watching it again — that's what I know," Grisham said during an interview on CNN following her appearance on Capitol Hill.

Grisham added that she "answered every question they asked of me," and said she "will continue to cooperate with them."

Earlier this week, she also spoke of a group of former administration officials — "about 15" of them — who are actively meeting with the goal of "stopping" Trump from promoting further right-wing extremism and violence committed in his name.

The ex-Trump aides plan to "talk about how we can formally do some things to try and stop him and also, you know, the extremism, that kind of violence and rhetoric that has been talked about and continues to divide our country," Grisham said, according to The Hill.