What’s actually the difference between heavy cream and half-and-half?

Can you substitute one for the other? 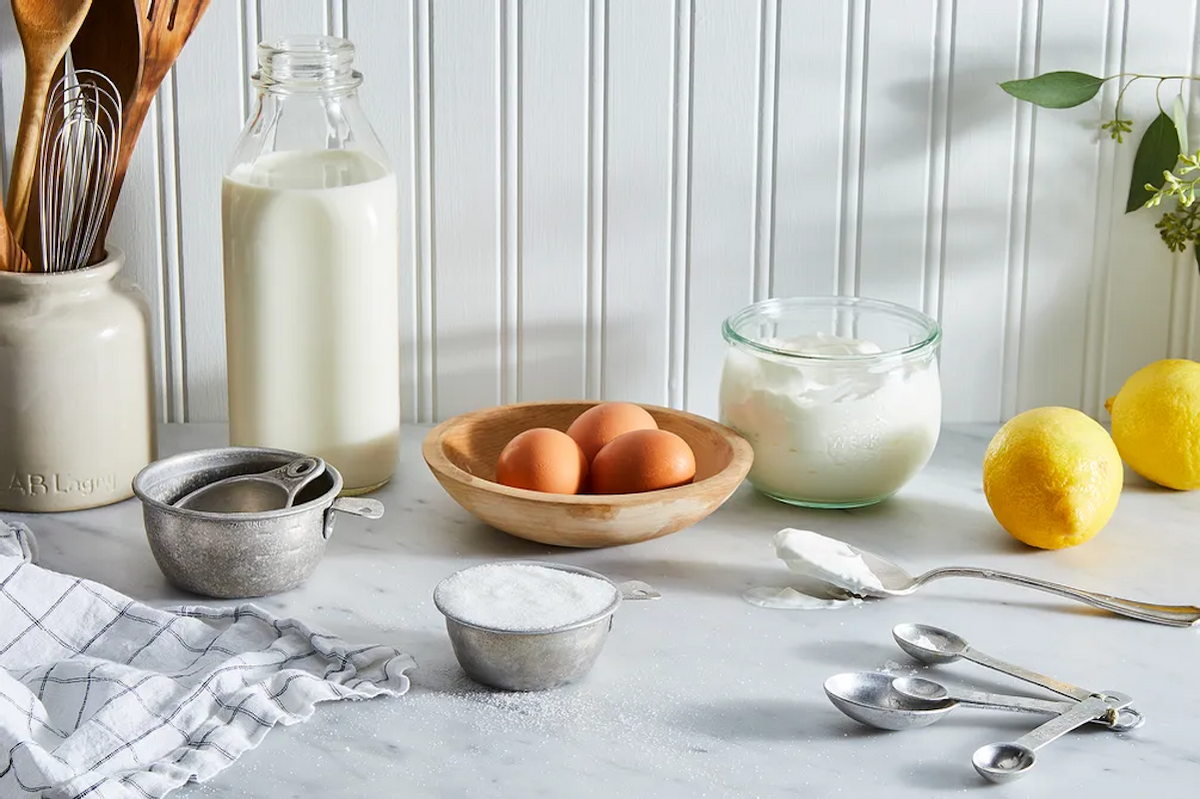 We love you heavy cream, but you don't always do what we need. Sometimes your high fat content is just too thick and luscious to be used as a coffee creamer or an ingredient for pudding pie. That's where half-and-half comes into play. Where heavy cream is too rich, half-and-half is there. But sometimes, it fails too. Half-and-half will never turn into whipped cream and no amount of churning will turn it into butter. We know they're not the same, but what really is the difference between heavy cream and half-and-half?

To understand how to cook and bake with half-and-half, it's important to understand exactly what it is. According to my bedtime reading aka the FDA's Code of Federal Regulations, "Half-and-half is the food consisting of a mixture of cream and milk which contains not less than 10.5% but less than 18% milkfat. It is pasteurized or ultra-pasteurized, and may be homogenized."

Heavy cream is a high-fat cream that contains at least 36% fat. It, too, is either pasteurized or ultra-pasteurized, and may be homogenized, according to the FDA. Heavy cream may also be labeled as heavy whipping cream; different names, same product!

Can you substitute them?

Most of the time you can use half-and-half in a recipe that calls for heavy cream, and vice versa. Low stakes examples are mashed potatoes, chicken pot pie, macaroni and cheese, and bread pudding. Keep in mind that, depending on which one you choose, your recipe may be richer or a little less so.

You can also use half-and-half for ice cream recipes that call for equal parts of whole milk and heavy cream because essentially, half-and-half is a combination of the two.

You can't use half-and-half in place of heavy cream for whipped cream or homemade butter. The fat content in heavy cream is what allows the dairy product to form stiff peaks for a sweetened whipped topping; keep whipping and those peaks will turn into butter.

Wait, but what is light cream?

Ah yes, the somewhere-in-between dairy product. Light cream is a type of cream that contains between 18% and 30% fat content. Quite honestly, not many of our recipes call for light cream and it can even be hard to find in grocery stores, particularly compared to the ubiquity of heavy cream and half-and-half. But you asked, so we answered!