Could cannabis prevent COVID? To the authors of a new study, it sure looks like it 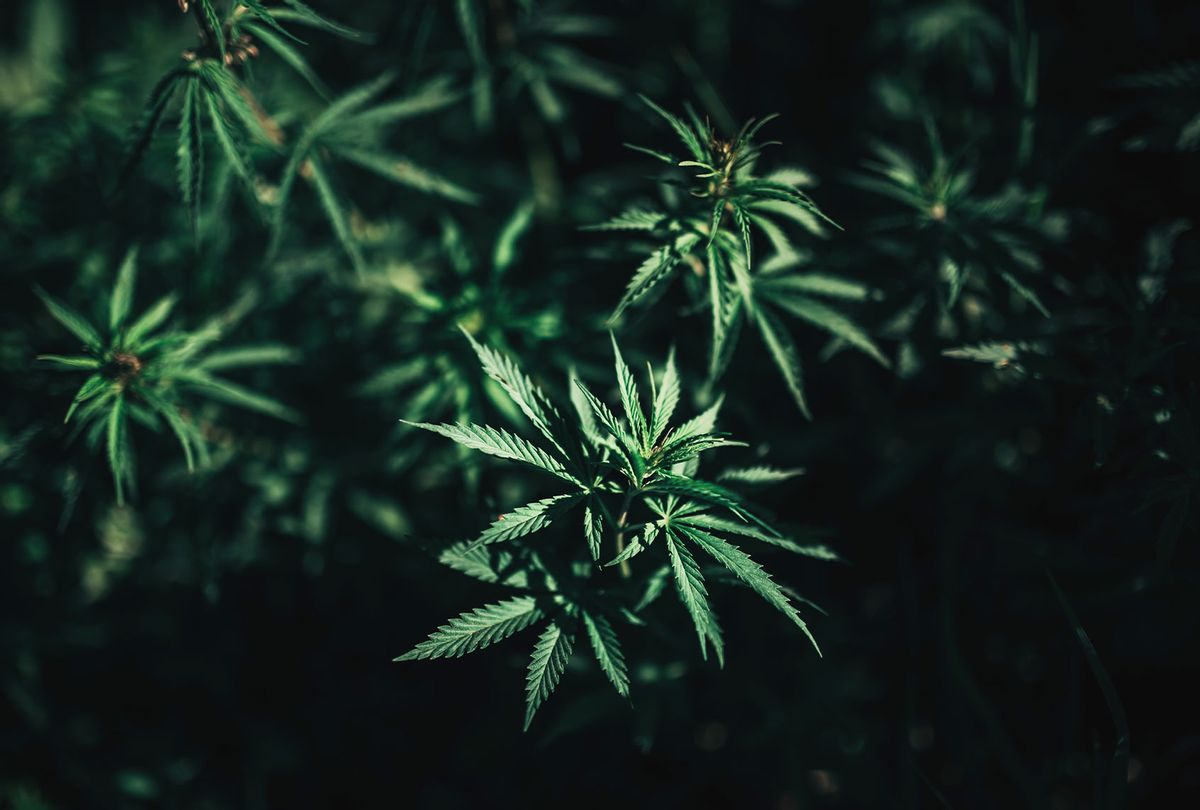 A groundbreaking new study published this week identified what could be an unexpected tool in the world's fight against COVID-19: cannabis.

Yes, you read that right.

According to a peer-reviewed paper published this week in the Journal of Natural Products, titled "Cannabinoids Block Cellular Entry of SARS-CoV-2 and the Emerging Variants," at least three compounds naturally occurring in the cannabis plant were shown in lab tests to be effective at stopping coronavirus molecules from entering human cells. The mechanism effectively mimics the activity of antibodies, with the cannabis compounds attaching themselves to the virus' spike protein, one of the authors told Salon. The study concludes:

With widespread use of cannabinoids, resistant variants could still arise, but the combination of vaccination and CBDA/CBGA treatment should create a more challenging environment with which SARS-CoV-2 must contend, reducing the likelihood of escape.

In case any of that is confusing, the authors also included in the paper a handy illustration of the phenomenon:

An illustration showing how cannabinoids can block the entry of SARS-CoV-2 from human cells. (Courtesy the Journal of Natural Products)

The findings have gone viral, so to speak, trending on Twitter and inspiring much speculation online under the hashtag "#WeedPreventsCOVID." But don't reach for that joint just yet — the compounds, CBD-A, CBG-A, and THC-A, are non-psychoactive and degrade at high temperatures, which makes smoking or baking less-than-ideal ways to consume them. Pills or gummies are better, not to mention concentrates that have been designed to maximize the content of these specific substances.

Beyond that, the entire premise must undergo a series of clinical trials before researchers will say for sure whether it works in real life the way it does in the controlled conditions of a lab. Still, Dr. Richard van Breemen, one of the study's authors and a professor of medicinal chemistry at Oregon State University, says the results are "incredibly promising."

"This is by far the biggest response to a study that I've encountered in my career," Dr. Van Breemen told Salon.

"A number of hemp dietary supplements containing these compounds are available over-the-counter all over the country," he added, meaning if the findings were carried over into successful clinical trials, the preventative treatment would immediately be accessible by millions of Americans.

The entire project was a collaboration between the Linus Pauling Institute and the Global Hemp Innovation Center, both headquartered at Oregon State University, which picked up research into the commercial and pharmaceutical applications of hemp several years ago after the USDA gave academic institutions the greenlight to resume research into hemp following a decades-long moratorium. The paper's seven authors are all faculty members at either OSU or Oregon Health & Science University.

Researchers set out with the intention of testing a number of botanical extracts that they thought might bind with the spike protein of the SARS-COV-2 virus, which causes COVID-19. Dr. Van Breemen said they went through "dozens" of substances before discovering cannabis worked.

Another compound, this one found in licorice, was also found to reliably bind to the SARS-COV-2 virus — but more research is needed to determine if it will produce the same antiviral activity as the compounds found in cannabis.

So what does all of this mean for the average person?

Simply put — it's still too early to tell. But people are unlikely to experience any of the viral protection benefits from ingesting cannabis in a way that will also get them high. Because of the current research restrictions on THC-A (and its connection to the psychoactive compound THC), it will be effectively impossible to continue research into proper application methods for that compound.

Meanwhile, CBD-A and CBG-A are both acids that break down into CBD through the application of heat — a process called "decarboxylation." That same heating process is responsible for the psychoactive qualities found in marijuana.

While it's still entirely unclear what dosage level may prove clinically viable, most all over-the-counter hemp supplements have to list their CBD-A and CBG-A content, which will at least make information about a given product's efficacy easy to determine.

The other good news? It appears that testing suggests the cannabis compounds are effective against all known variants of COVID-19.

"Our data show minimal impact of the variant lineages on the effectiveness of CBDA and CBGA, a trend that will hopefully extends to other existing and future variants," the authors write in the study.