Omicron is surging, and scientists are optimistic. How can both of these things be true? 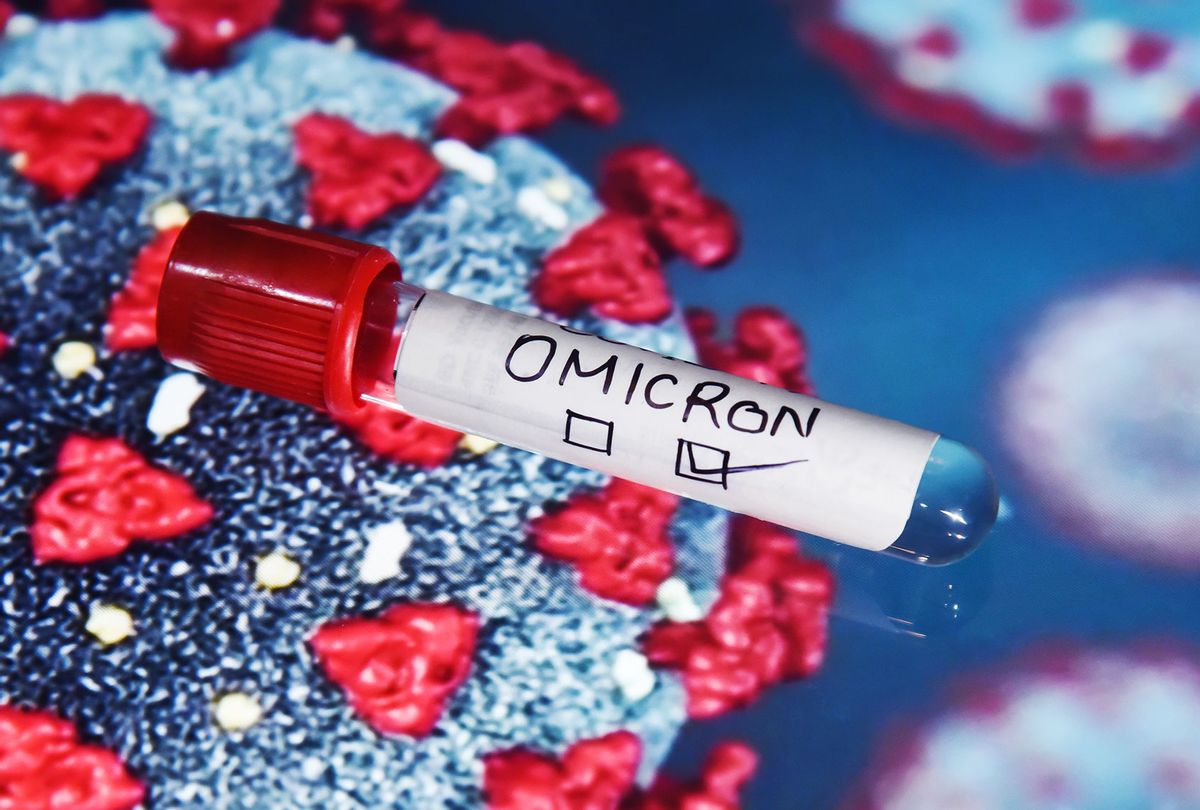 The omicron variant's rapid ascent to dominance has been a wild story, full of unexpected twists and turns — and, contradictions. It is incredibly contagious, more so than COVID-19's delta variant; yet it is also less deadly, and its victims are less likely to become seriously ill. Omicron will likely infect many more people than other variants because of how infectious it is; but it is also supposedly going to peak, fizzle out, and possibly mark the end of the pandemic (and the onset of an endemic).

How can all this be true at once?

The history and future of omicron are difficult to pinpoint: Omicron's origins remain mysterious, as it existed for more than a year before scientists first noticed it in Botswana and, soon after, neighboring South Africa. That said, if the situation in South Africa, where omicron surged and fell rapidly, is any harbinger about what will happen in the United States, Americans can take hope: In that nation, the virus' trajectory resembles a cliff, quickly rising and then plummeting with stunning swiftness. The Southern Hemisphere nation has also seen an encouraging lack of hospitalizations — at least, when compared to other strains from the pandemic.

Yet there are key differences, demographic and otherwise, between South Africa and the United States that could complicate this projection. As Chicago Department of Public Health Commissioner Dr. Allison Arwady explained in a press conference on Tuesday, these confounding variables include vaccination rates, the age distribution across the population, and high rates of infection. There are other regions of the world whose demographic profiles are closer to America's, and whose omicron surges therefore offer a more reliable comparison.

RELATED: Omicron's lower mortality rate may be explained by how the variant spreads through the body

"We are watching really closely what is happening in Europe and in the UK, because sort of after seeing that surge in Southern Africa, the next place we really saw omicron surge was in the UK, in Europe," Arwady told reporters. "We have not clearly seen yet a sign of decrease in those settings. It's always a little bit tricky around the holidays because testing just gets disrupted in different ways."

"Reporting of cases is often delayed during the two weeks beginning shortly before Christmas until shortly after New Year's Day," Dr. Jeffrey Shaman, an infectious disease modeler and epidemiologist at Columbia University, wrote in The New York Times. "As a consequence, reported case numbers can give the misleading short-term appearance of steep case increases, or even declines."

He added, "All these issues create uncertainty and limit how far we can reliably project the burden of Omicron."

What scientist are certain about is why the variant is so transmissible. Imagine that the SARS-CoV-2 virus is a sea urchin, only its spines are used as picks to unlock your cells so they can enter and replicate. The COVID-19 vaccines are designed to thwart the virus by creating antibodies that target the proteins which create those spines, appropriately known as the spike proteins. Omicron has 30 mutations located near its spike protein, and mutations on the spike proteins may help the virus partially evade vaccine-based immunity or entirely evade the body's attempts to defend itself.

That is why the headlines have been full of reports about record-breaking COVID-19 infection rates. On Wednesday more than 4,000 children were hospitalized with COVID-19 across the United States, according to The Washington Post. This was a new record, far surpassing the figures from the summer caused by the then-dominant delta variant; fewer than 2,000 children had been hospitalized with COVID-19 nationwide on Christmas, less than two weeks earlier. On Monday, the United States broke its single-day record for reporting new COVID-19 cases. According to the same data, which was compiled by Johns Hopkins University, the United States had the largest seven-day average of daily new cases of any country tracked over the past week.

Yet because experts believe there will be fewer severe illnesses, there will also likely be fewer hospitalizations. This has been seen in many other countries where there have been omicron outbreaks, from the United Kingdom to South Africa. The question, of course, is just how many fewer there will be in the United States.

"Whether hospitals experience more or less strain than they did in January 2021 will depend on case numbers and how severe they are," Shaman writes. "For example, if twice as many people become infected but these people are half as likely to be hospitalized, the demand for hospital beds would be the same. This calculus also applies to estimated deaths from the virus, as well as expected disruptions to the work force."

While scientists are unclear about why there seem to be fewer severe illnesses, one possible explanation came from a recent study by researchers at Hong Kong University. They found that the omicron variant of SARS-CoV-2 has a more difficult time replicating in lung tissue than either the widespread delta variant or the original SARS-CoV-2 virus. If true, this would make it more difficult for the virus to spread to other tissues of the body as well. That is good news when it comes to omicron, but bad news when it comes to other COVID-19 strains — and scientists worry there will be more.

"It's a certainty," Dr. William Haseltine, a biologist renowned for his work in confronting the HIV/AIDS epidemic, fighting anthrax and advancing knowledge of the human genome, told Salon earlier this month. "It's not a fear. There will be more variants. It is as close to a certainty as you can get."