The omicron variant appears to be worse at infecting the lungs than its peers. That's a good thing 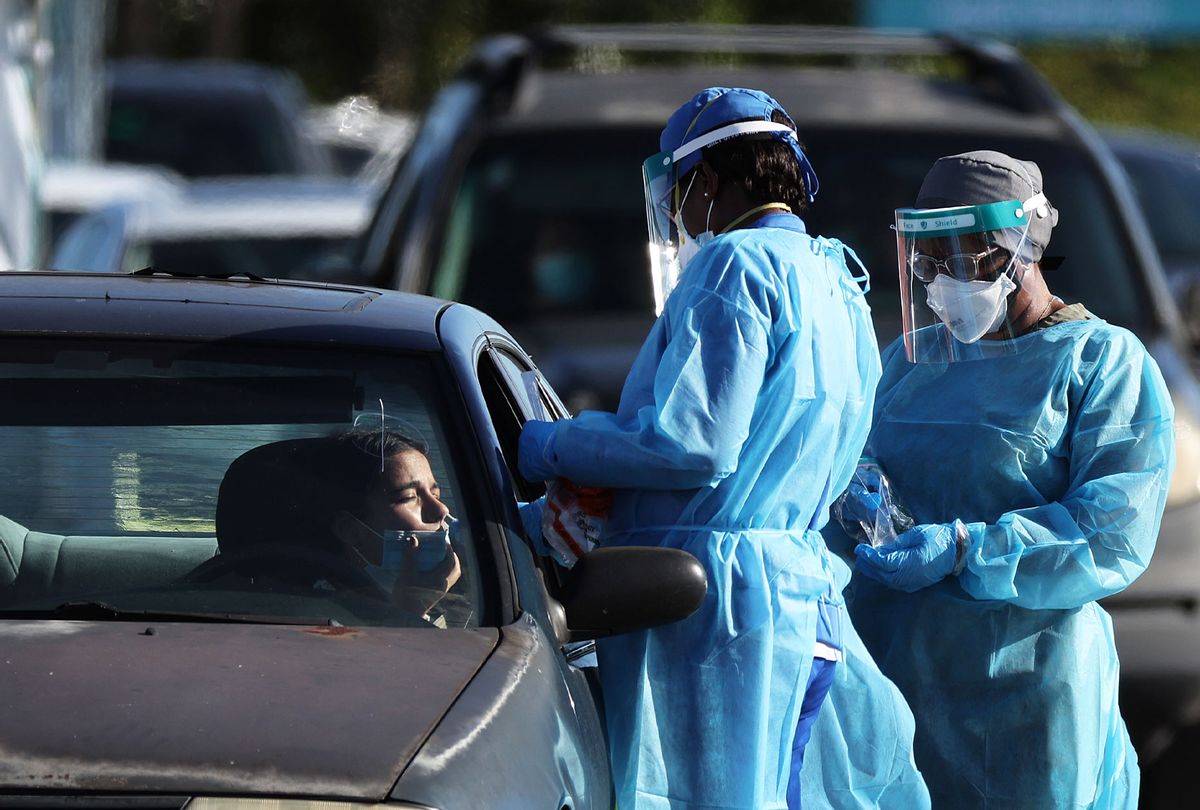 Although the omicron variant is spreading like wildfire through the United States, some scientists have cautiously expressed cautious hope that its emergence could still mark the beginning of the pandemic's end. Perhaps it will mark the moment that COVID-19 becomes an endemic (as opposed to pandemic) virus like influenza; or, it could be auspicious that infected patients seem to get less sick than they would have from other strains.

As it turns out, that latter line of thinking may have some credibility. According to a new study by researchers at Hong Kong University, the omicron variant of SARS-CoV-2 has a more difficult time replicating in human lung tissue than either the delta strain or the original SARS-CoV-2 virus. Indeed, omicron was more than 10 times less efficient than the original virus in this regard.

Medical researchers believe that this could explain why so many patients can withstand infections from omicron, and why in certain countries, such as South Africa, hospitalizations have been comparatively lower on a per capita basis. The hypothesis goes that COVID-19 becomes severe when it spreads from the respiratory system to the rest of the body; confining it to the upper airway (i.e., out of the lungs) therefore becomes essential in staving off severe symptoms.

If this finding is backed up in future studies, it could explain some of the mysteries surrounding omicron.

Since emerging as a prominent COVID-19 strain last month, omicron quickly changed the course of the pandemic. Last week it caused Europe to post record numbers coronavirus infections every single day, and the United States set new daily case records in what was certainly also an undercount. Its dominance could be seen in local statistics; in New York City, for instance, omicron has fueled a record level of COVID-19 hospitalizations.

Yet despite this bleak news, there have also been some more welcoming signs. Although the omicron strain has caused an inevitable surge in COVID-19 cases, there has been a far lower hospitalization rate in the United States linked to the omicron surge than existed with other mutant variant surges. A British report revealed that patients with omicron are half as likely to require hospitalization, and one-third as likely to need emergency case, as those who carry the delta variant. All of the studies found that patients who had been vaccinated were much less likely to develop serious illnesses if they became infected.

Perhaps the most revealing study was one that occurred in South Africa, near the omicron variant originated (it likely originated in neighboring Botswana). In examining omicron cases in Gauteng province, the authors found the percentage of people hospitalized during the omicron wave was roughly one-third of the number that needed to be hospitalized during the delta wave — a 10 percent drop, all the way down to 4.9 percent. People who were hospitalized stayed for roughly half the time (4 days instead of 7 or 8 days), a statistic no doubt linked to how less than 30 percent of omicron patients met the regional criteria for severe disease. That was half the number who did so for prior variants.

As the authors wrote in their study: "During the first four weeks of the Omicron-dominated fourth wave, the proportion of patients requiring hospital admission was substantially lower and those admitted had less severe illness, with fewer requiring oxygen, mechanical ventilation and intensive care compared to the first four weeks of the Beta- or Delta-dominated waves in Gauteng Province in South Africa."

The authors of the Hong Kong University study cautioned observers against reading too much into their conclusion. For one thing, the paper has yet to be peer reviewed, and its conclusions need to be further tested for definitive confirmation. In addition, there are other mechanisms for severe COVID-19 infection besides passing through the lungs.

"It is important to note that the severity of disease in humans is not determined only by virus replication but also by the host immune response to the infection," lead author Dr Michael Chan explained in a statement.