Some speculate that omicron will spread fast and burn out, heralding the pandemic's finale

The traits of omicron, and its peculiar pattern of spread in other countries, suggests that this may be the end 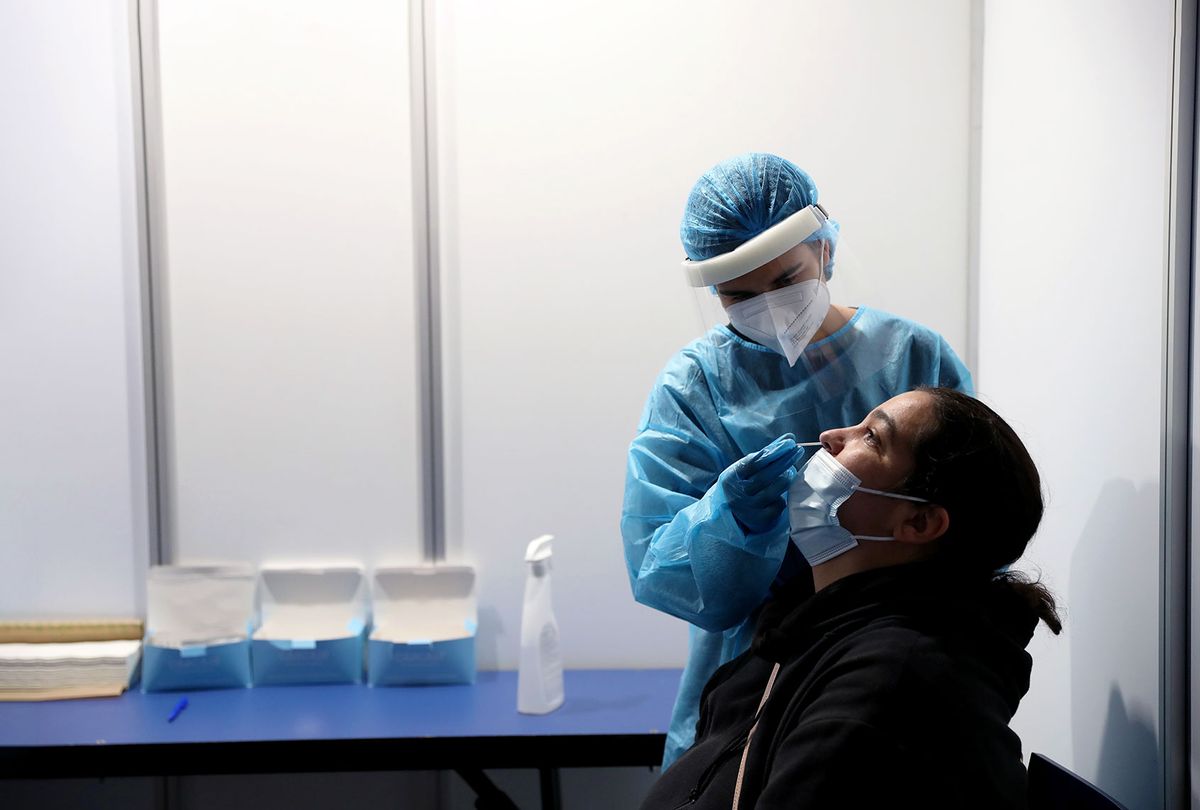 The incredibly rapid spread of the omicron variant has sparked fears of another long, brutal COVID wave in the United States. Yet in contrast to recent reports predicting an exacerbated pandemic, some scientists theorize that omicron's peculiar pattern of spread may actually be a sign that the pandemic is about to quickly wind down.

In less than three weeks, the omicron variant has swept through the United States. At the start of December, it accounted for fewer than 1 percent of new COVID-19 infections; by Dec. 20, it had managed to comprise more than seven out of ten new cases; by Dec. 22, it had been confirmed in all 50 states. The consensus view among experts has been that the American people should prepare for a very rough time. On Tuesday, President Biden delivered a historic address to announce new measures for helping Americans prepare for omicron's spread, most notably urging everyone to get vaccinated (including booster shots) and promising to give out free at-home coronavirus tests.

Now, some scientists believe the situation facing Americans with the omicron variant could be less dire than the early red flags indicated. Beyond that, omicron may even mark the beginning of the end — when the pandemic moves from a pandemic to an endemic phase.

Part of the reason has to do with the situation in South Africa, one of the first countries to have been overwhelmed by the omicron variant. There, in the country where doctors first discovered the mutant virus, there has been a sudden drop in infections. Gauteng, the province that researchers believe was the epicenter of the outbreak, has passed its peak of infections, while most other provinces appear to be approaching a similar point. The overall number of new COVID-19 cases in the country has declined by more than 20 percent as of Dec. 18, according to a recent report by the National Institute for Communicable Diseases.

As national chair of the South African Medical Association Dr. Angelique Coetzee told CNN, the nation seems to be "over the curve" when it comes to omicron burning through the population.

"If previous variants caused waves shaped like Kilimanjaro, omicron's is more like we were scaling the North Face of Everest," Salim Abdool Karim, South Africa's top infectious disease scientist, told The Washington Post on Wednesday. "Now we're going down, right back down, the South Face — and that is the way we think it may work with a variant like omicron, and perhaps even more broadly what we'll see with subsequent variants at this stage of the pandemic."

In other words, as omicron tore across South Africa, the number of new infections rose rapidly — and then fell at an equally rapid pace.

Then, there are early signs that the omicron variant may not be as deadly as some of its peer variants. According to researchers from the Institute for Health Metrics and Evaluation (IHME) at the University of Washington's School of Medicine, the United States may be in for a tidal wave of infections, but not nearly as many severe cases as one might expect to accompany them. The scientists estimate that the United States could see as many as 140 million new infections between Jan. 1 and March 1, peaking around late January with roughly 2.8 million new daily infections.

That said, according to IHME director Dr. Chris Murray's comments to USA Today, more than 90 percent of the people infected with omicron may never show symptoms. This will likely make it harder to precisely monitor the variant (people who do not display symptoms are less likely to get tested), but it also means fewer people are likely to require hospitalization or risk death.

As Murray put it to USA Today, the bug is "less severe than flu but much more transmissible." Because it can spread to more people, there is always a risk that it will lead to unexpected and dangerous symptoms that have yet to be detected.

Yet there is a school of thought which holds that the omicron strain's high transmissibility could, in the long term, prove fortuitous for the American public. Because the omicron variant poses a great danger to people who are unvaccinated or have yet to get a booster shot, it is possible that it will cause a significant spike in both hospitalizations and deaths — even as it technically leads to a lower percentage of severe illnesses compared to other COVID-19 strains. The unvaccinated survivors of omicron, however, could wind up having a more robust form of so-called "natural immunity," one that would help their immune system's fight the next strains of the virus. This would not be as protective as getting fully vaccinated, but between their natural immunity and the fully vaccinated immune systems of most of the population, this could ultimately help rein in the pandemic.

"As all the public health folks have been saying, it's going to rip right through the population," Dr. David Ho, a world-renowned virologist and Columbia University professor, told CNBC. "Sometimes a rapid-fire could burn through very quickly but then put itself out."

Despite these possible hopeful signs, the scientific consensus is still that Americans should exercise caution. The best way to stay safe is to get fully vaccinated, including with a booster shot if possible.