How does the pandemic end now?

The delta variant phase of the pandemic is here. Restrictions are coming back. When — or how — will it all end? 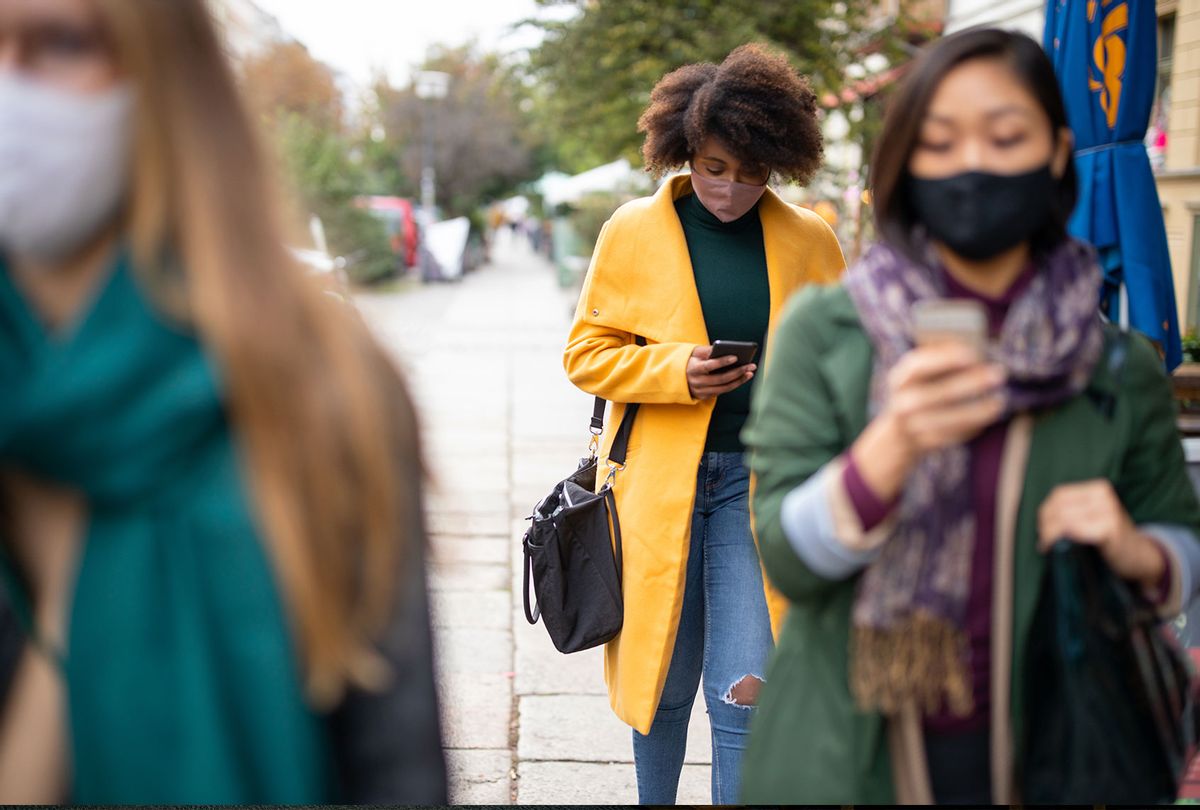 On Thursday night, news surfaced of an internal Centers for Disease Control and Prevention (CDC) memo revealing just how contagious, and threatening, the delta variant is. The rapid, fearful spread of the delta variant, and its ability to infect the vaccinated at a higher rate, has quelled hope that the pandemic is truly, finally waning. As journalist Maura Judkis wrote for the Washington Post, "instead of flattening the curve, we've hit the delta swerve."

Specifically, the slide presentation first obtained by The Washington Post, estimated that among the 162 million vaccinated Americans there are 35,000 symptomatic infections each week. Vaccinated people are much less likely than unvaccinated people to be hospitalized or die from the mutant strain, according to the memo; but, if infected, they are able to spread it to vaccinated and unvaccinated people.

The news has led to swift public policy changes across the country, such as reinstating mask mandates, and even pushing back in-person office openings. The ominous shift in the pandemic precipitated by delta's spread raises the question: Will we ever be out of the woods? In other words, when — and how — does this pandemic end?

Still, that doesn't mean such things cannot happen. And it turns the delta variant may foreshadow the future of the novel coronavirus — a future in which the virus continues to mutate and spread throughout the human population, year after year, again and again.

Dr. Amesh Adalja, a senior scholar at the Johns Hopkins Center, told Salon that he believes it has "always been the case" that "the pandemic ends with SARS-CoV-2 becoming an endemic seasonal respiratory virus like the other 4 coronaviruses that we deal with year in and year out."

"The delta variant doesn't change that trajectory but confirms it as the virus has become more efficiently transmissible, increasing its reach into the population," Adalja said. "There will not be a single point where the pandemic ends; it will just transition, and has partially transitioned in states in which cases have been decoupled from hospitalizations."

In previous interviews, Adalja has emphasized that the public health goal will never be to eradicate the coronavirus, but instead to not overwhelm hospitals with severe infections. The current available COVID-19 vaccines are still a means to do that. When asked if the number of symptomatic breakthrough COVID-19 infections estimated in the memo was alarming, Adalja said "no."

"Because they almost never land people in the hospital," Adalja said.

As Kathleen Neuzil, a vaccine expert at the University of Maryland School of Medicine, told the Washington Post, there needs to be a shift in preventing infections to preventing severe disease.

"We really need to shift toward a goal of preventing serious disease and disability and medical consequences, and not worry about every virus detected in somebody's nose," Neuzil said. "It's hard to do, but I think we have to become comfortable with coronavirus not going away."

When asked where we go from here, Dean Blumberg, chief of pediatric infectious diseases and associate professor in the Department of Pediatrics at the University of California, Davis, said he sees COVID-19 becoming more like a "cold" and "flu" — for the vaccinated.

"Essentially we're going to have COVID be similar to colds or flu — it will be endemic, there will be continued risk and there will be a small percentage of people that have severe disease, but the vast majority of vaccinated people will have mild illness and it will be an outpatient illness," Blumberg said. "Those who are unvaccinated will still be at risk for severe disease, but what this suggests is that people who are vaccinated may have breakthrough infections, they may have replication of the virus at a high level in their upper respiratory tract, and therefore they may transmit to others also."

Blumberg said that this news doesn't mean we will never return to a sense of "normalcy," mirroring pre-pandemic days, but that it might take more population immunity to get there.

"I think we can eventually return to near normal," Blumberg said. "The challenge is that the virus is much more extraordinarily infectious." He explained that the novel coronavirus' "R-naught" number — a number that describes on average how many new people are infected from each case, considered a measure of a virus' infectivity — has increased precipitously throughout the pandemic.

"The number of infected people that result from every infected case has gone up from 2.4 at the beginning of the pandemic to around 8," he noted. "Now it's in the realm of some of the most infectious agents known to mankind."

Similar to the measles or chickenpox, a higher percentage of people immune to the virus is needed to stop transmission completely.

"So for measles, for example, we need 95% of the population immune to result in limited transmission of cases introduced to a community, so that's what we're looking for," Blumberg said. "Earlier in the pandemic we were looking at maybe 75% or 80% immunity to limit transmission, but the bars were set higher."

The new reality of the "forever" coronavirus pandemic means that the pharmaceutical industry will have to shift its strategy, too. Beyond merely distributing existing vaccines, there is a need now for boosters, new vaccines that immunize against variants, or both.

Pharma's strategy moving forward is still unclear. Could it be that booster shots that specifically target the delta variant could help us get to a 95% level of herd immunity sooner? A third dose of the Pfizer/BioNTech COVID-19 vaccine can "strongly" boost protection against the Delta variant, according to Pfizer data. but that doesn't mean more people will get vaccinated.

But vaccines take time — months or years — and lots of testing before they can be deemed safe. In the meantime, life will continue apace for millions of Americans — as will gatherings, events and human interactions.

And what of those? As for how one should approach gatherings in the delta variant phase of the pandemic, Blumberg recommends doubling-down on masking and social distancing, especially in areas where delta transmission is high, and if they're unvaccinated or vaccinated with weakened immune systems.

"The vast majority of people who have breakthrough infections, who are vaccinated, are going to have mild infections; they're going to maybe have a fever, cough, runny nose and be sick for a couple days and then they're going to get better and that's not that big of a deal," Blumberg said. "If you're unvaccinated, then you're rolling the dice about whether you're going to end up in the hospital."

"For vaccinated people with weakened immune systems, who might have a suboptimal response to vaccination, it becomes even more important to take the extra layers of protection to avoid breakthrough infection," Blumberg added.