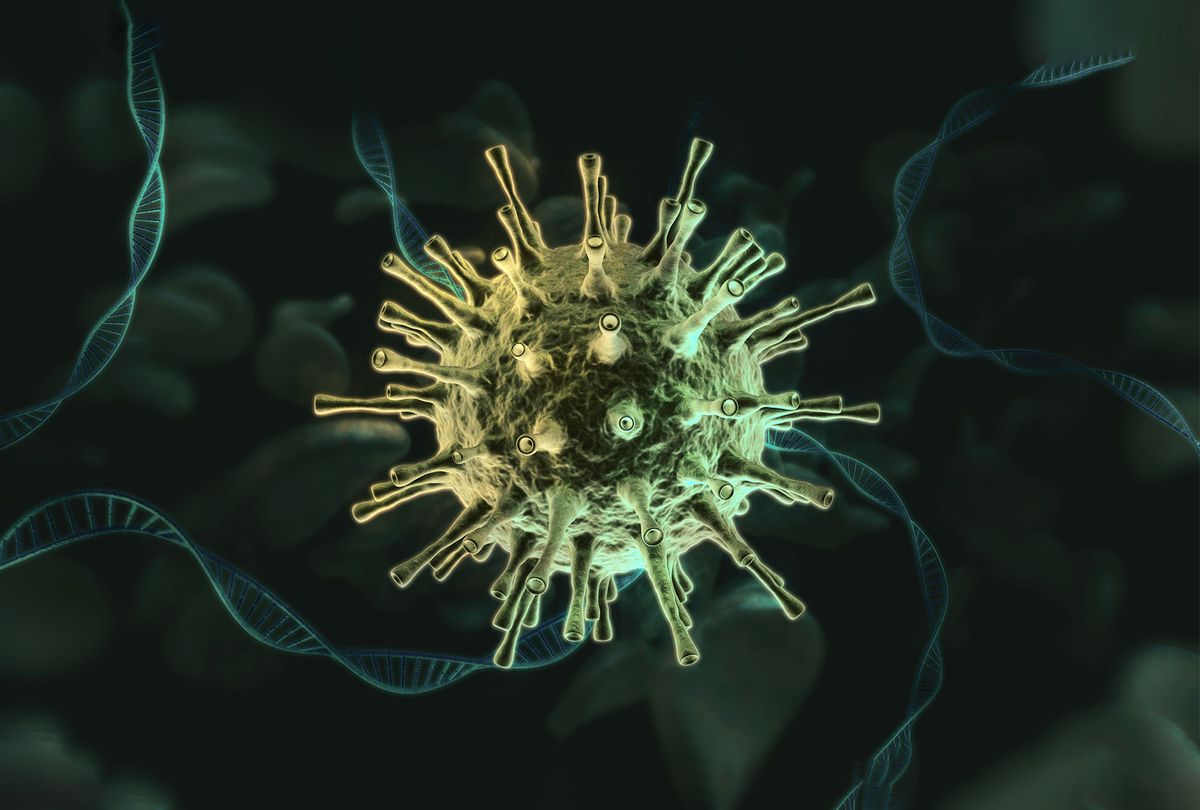 Back in March Dr. Rochelle Walensky, the director of the Centers for Disease Control and Prevention (CDC), told reporters that she feared the rise of mutant coronavirus strains and a premature relaxing of COVID-19 restrictions would cause a pandemic resurgence.

"I'm going to pause here, I'm going to lose the script and I'm going to reflect on the recurring feeling I have of impending doom," Walensky explained at the time. "We have so much to look forward to. So much promise and potential of where we are and so much reason for hope. But right now I'm scared."

An internal CDC slide presentation first obtained by The Washington Post reveals that a mutant strain known as the delta variant seems to spread as easily as chickenpox and cause more severe illnesses than other types of COVID-19. The document urges public officials to accept that "the war has changed" in terms of our fight against the pandemic and emphasizes the need for effective messaging about getting vaccinated, wearing masks and other health measures.

Perhaps most ominously, the document raised the possibility that vaccinated individuals may be just as likely to transmit the delta variant as unvaccinated individuals. The CDC based this assessment off of unpublished data from a number of scientific sources, many of which found that vaccinated people infected with the variant have similar measurable viral loads as unvaccinated people with the same infection. On one slide, experts estimated that among the 162 million vaccinated Americans there are 35,000 symptomatic infections each week. Findings like this one were apparently instrumental in the CDC's recent call for everyone — unvaccinated and vaccinated alike — to wear masks when indoors in areas where the virus transmission is high or prolonged.

Speaking to CNN, Walensky emphasized the seriousness of the crisis.

"I think people need to understand that we're not crying wolf here. This is serious," Walensky said. "It's one of the most transmissible viruses we know about. Measles, chickenpox, this — they're all up there."

Walensky also said that anyone who goes to a school should wear a mask at all times.

"The measures we need to get this under control — they're extreme. The measures you need are extreme," Walensky explained.

The presentation acknowledged the extremely difficult nature of this task, at least from a public relations standpoint. Vaccines are still effective and people should not be dissuaded from taking them, experts agree. At the same time, the slide show explained that the CDC is now compelled to move the "goal posts of success in full public view," and therefore the challenge will be reconciling these two seemingly contradictory objectives in the public's mind.

There are a number of biological reasons for the delta variant's extreme transmissibility. It has a mutation known as D614G that scientists believe increases the density of the spike protein on the SARS-CoV-2 virus. Spike proteins comprise the innumerable thorn-like appendages that jut out of every side of the virus' internal sphere. These spikes help the virus invade cells, and although vaccines are designed to protect cells against those spikes, the evolved virus may be able to circumvent those defenses.

In addition, the delta variant has a mutation known as P681R that increases the viral loads in patients so they excrete 1,000 times more of the virus than they would have with earlier coronavirus strains. It also contains a mutation called L452R that, experiments indicate, helps the virus fight off antibodies, which are produced by our immune system to neutralize threats; and a mutation that makes the infected contagious after four days instead of the usual six, meaning that each infected person will spread the virus to an average of six people instead of two or three (as happened with the original coronavirus).

Experts have previously expressed alarm about the delta variant, although the CDC document paints a much direr picture compared to previous speculation.

Commentators have also noted the role of politics in the current outbreak crisis. Studies have found that Republicans (especially men) are driving the movement to not take COVID-19 vaccines, and that movement has in turn hindered America's ability to achieve herd immunity and prevent mutant outbreaks.