Republican men are most likely to be COVID-19 anti-vaxxers, not women

The stereotype of the "anti-vax mom" is no longer accurate: conservative men are now the most likely culprits 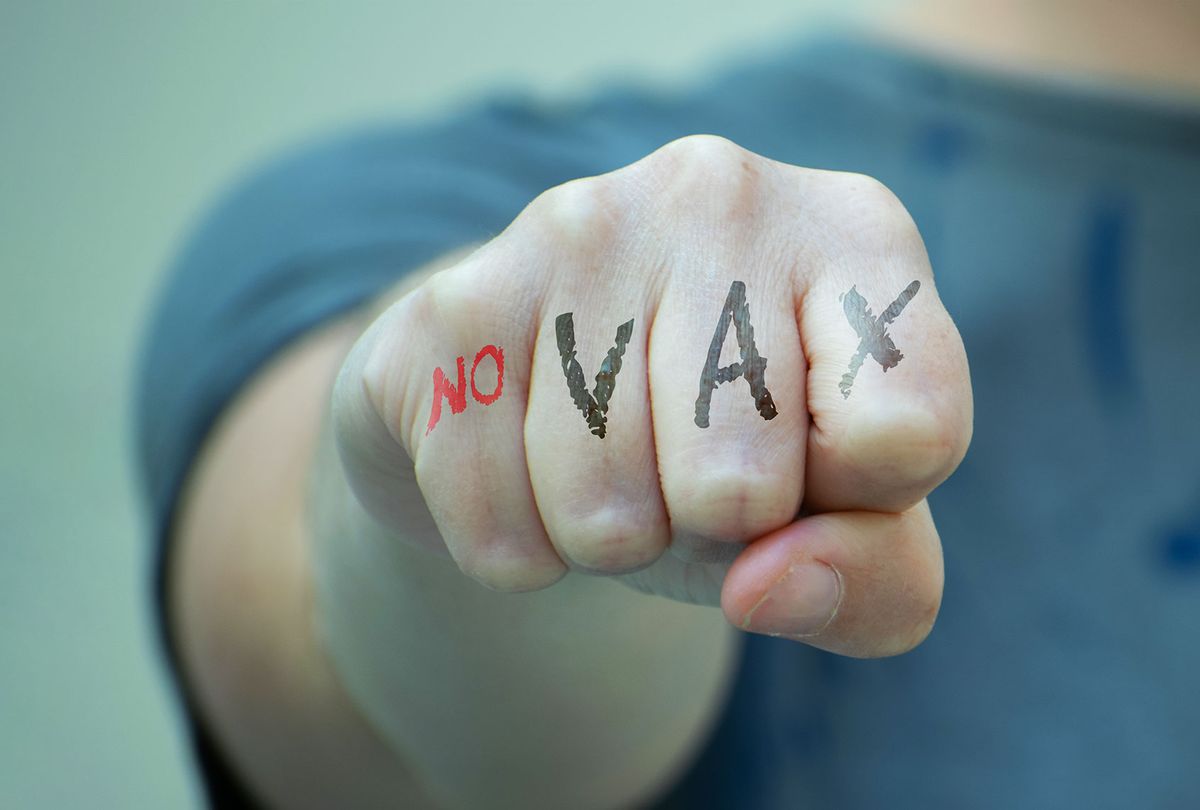 Historically, Americans' stereotype of a vaccine-hesitant or anti-vaccine person was that of a woman — perhaps a New Agey yogi who posts about alternative medicine on Instagram, as memes about the stereotype depict. Indeed, researchers have found that a majority of online anti-vaxxers are women.

Yet it turns out that this stereotype does not mirror the public health demography of the real, offline world. As a recent PBS NewsHour/NPR/Marist poll found, the plurality of those who intend to refuse the COVID-19 vaccine, even when offered, are Republican men — once again debunking the sexist stereotype that anti-vaxxers are entirely women.

The poll revealed an unfortunate truth: Republican men are central to COVID-19 vaccine resistance. Notably, the percentage of Republican men stating they will reject the vaccine actually increased from December, when Marist asked the same question.

So, what is going on?

According to a separate poll by CBS News, Republicans who cited they outright won't receive the vaccine are likely to cite their reason as distrust of the government. This is in part why Dr. Anthony Fauci, chief medical advisor to the president, has been making the rounds — urging Donald Trump supporters to get vaccinated, while simultaneously expressing his disbelief that anyone would refuse it. During an appearance on NBC's "Meet the Press," Fauci commented that it was "disturbing" that Trump voters are choosing to not get vaccinated.

"We've got to dissociate political persuasion from commonsense, no-brainer public health things," Fauci said. He added that vaccines have "rescued us from smallpox, from polio, from measles. . .  what is the problem here?"

Fauci said on a separate appearance on Fox News over the weekend that if Trump told his supporters to get vaccinated, that could possibly help.

"If [Trump] came out and said, 'Go and get vaccinated. It's really important for your health, the health of your family and the health of the country,' it seems absolutely inevitable that the vast majority of people who are his close followers would listen to him," Fauci said.

Indeed, on Tuesday afternoon, former President Trump did something approximating that during an interview on Fox News. Yet in typical Trumpian fashion, Trump intimated that getting the vaccine was a "choice," and that one's choosing or not choosing to was an innate "freedom."

"I would recommend" the vaccine, Trump said in an interview with Maria Bartiromo. "And I would recommend it to a lot of people that don't want to get it — and a lot of those people voted for me, frankly. But again, we have our freedoms and we have to live by that and I agree with that also."

The overall resistance among conservative men to the vaccine hints at how incredibly polarized American culture has become, to the point that basic public health advice and data sparks partisan rancor. As a result, many right-wing outlets, including Fox News and One America News Network, often spout public health misinformation or disinformation. As Salon columnist Amanda Marcotte opined, this situation bodes ill for American politics and worse for American public health.

"There's also something deeper and more sinister going on with the anti-vaccination propaganda being pushed by [Tucker] Carlson and the right wing punditry in general," Marcotte wrote. "It really is about turning their audiences into something closer to a cult — even, apparently, a death cult."

A 2015 Pew Research poll surveyed 2,300 people across America about their views on vaccines. At the time, they found that 7 percent would describe their position as anti-vaccine; within that minority, 56 percent were men and 44 percent were female. Notably, the polling emphasized that people earning less than $25,000 a year were 50 percent more likely to distrust vaccines.

Public health experts have expressed concerns that anti-vax men could slow down America's road to recovery. In other words, the same bootstraps, hyper-macho mentality that made many Americans forgo masks could keep the country from returning to normalcy and achieving herd immunity through vaccination.

On CNBC, Dr. Vin Gupta said that anti-vax Republican men "will determine the trajectory of this pandemic."

"All forecasts right now say that we're going to be past the worst of this with normalcy by say end of June, early July. That, however, is contingent on people actually getting the vaccine to the tune of 75% to 80% of eligible adults by that time period," Gupta said. "If that's not the case —if there's skepticism or hesitancy that high — we're not going to get there."