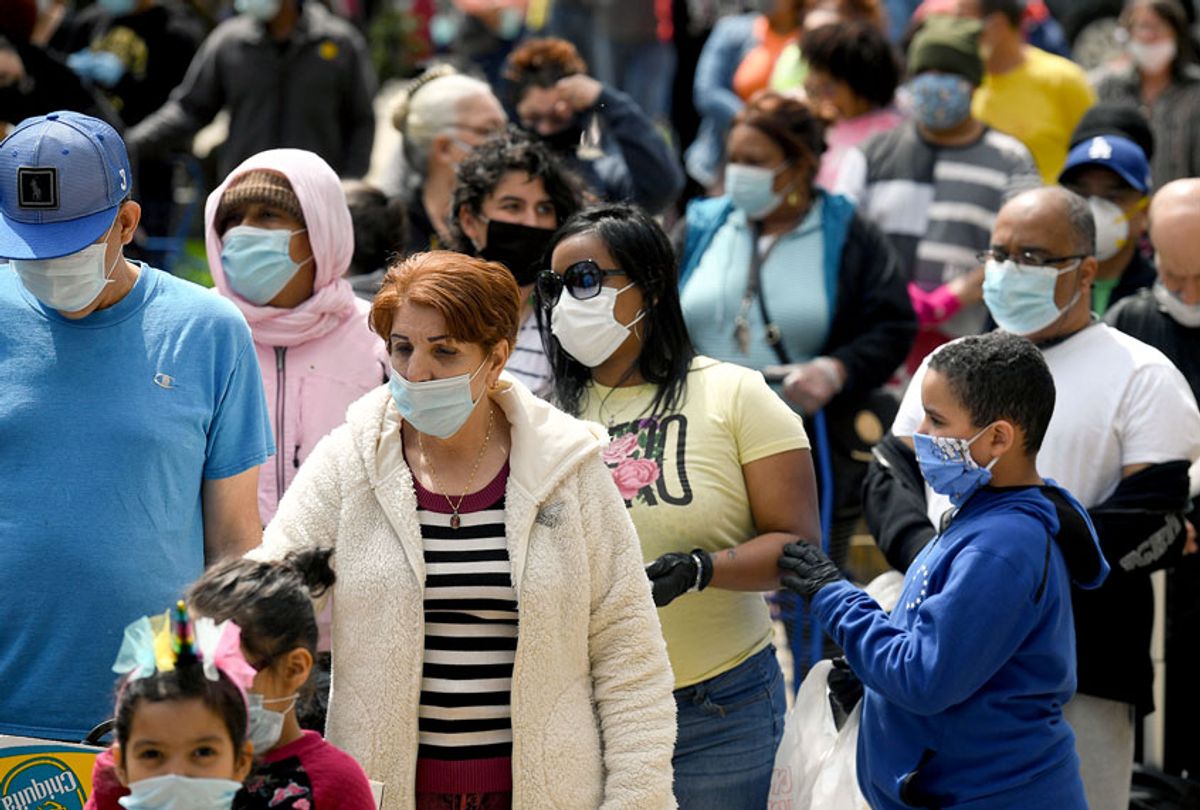 Stories of some unlucky patients contracting COVID-19 twice sent the world into a tailspin over fears that immunity to the virus might not last. Yet a new research report has encouraging news.

A preprint study published Monday on the online server bioRxiv argues that people who develop immunity from SARS-CoV-2, the virus that caused the disease COVID-19, may be able to remain immune for six months or longer. While previous studies have focused on aspects of how the human immune system responds to the virus — such as by analyzing protein components of the immune system or studying how antibodies respond to the virus — this new study researched a number of components of immune memory including B cells, T cells and antibodies.

The authors explain that "while immune memory is the source of long-term protective immunity, direct conclusions about protective immunity cannot be made on the basis of quantifying" the areas of the immune system components they had studied because scientists know very little about the "mechanisms of protective immunity against SARS-CoV-2 or COVID-19" in human beings.

With this caveat, the authors argued that because roughly 90% of the test subjects developed immune memory "consisting of at least three immunological compartments" more than five months after they initially displayed symptoms, there is reason to believe that last immunity against COVID-19 could be possible in most people.

Of particular note was the fact that memory B cells were found in nearly all of the COVID-19 cases and seemed to increase over time. "B cell memory to some other infections has been observed to be long-lived, including 60+ years after smallpox vaccination, or 90+ years after infection with influenza," the authors of the study wrote. B cells are a type of white blood cell which, in mammals, mature in the bone marrow.

Although the study has not been either peer reviewed or published in a scientific journal, it offers hope as it was co-authored by a number of scientists from the Icahn School of Medicine at Mount Sinai in New York and the La Jolla Institute of Immunology at the University of California, San Diego. It examined 185 adults between the ages of 19 and 81, all of whom had recovered from COVID-19 (in most cases from mild manifestations of the disease), by collecting blood samples from various times after they first exhibited symptoms. In some cases, they collected blood samples more than six months after said patients initially displayed symptoms.

Previous studies have not been as hopeful when it comes to the prospect for long-term immunity from COVID-19. A July paper published in the preprint server medRxiv studied blood samples taken over time from 65 people who tested positive for the coronavirus — and whose conditions ranged from asymptomatic to severe — over a period of roughly three months after they were first diagnosed. Those scientists found that over time patients saw a drop in their antibodies that could neutralize the virus (nAbs).

"A wide range of SARS-CoV-2 neutralizing antibody (nAb) titres have been reported following infection and these vary depending on the length of time from infection and the severity of disease," the study explained. "Further knowledge on the magnitude, timing and longevity of nAb responses following SARS-CoV-2 infection is vital for understanding the role nAbs might play in disease clearance and protection from re-infection (also called renewed or second wave infections)."

Another study, published in September in the scientific journal Nature Medicine, examined people who had been infected with four species of seasonal coronaviruses that can also cause respiratory infections, surmising that they could help predict immunity rates for the novel coronavirus. The study concluded that "reinfections by natural infection occur for all four seasonal coronaviruses, suggesting that it is a common feature for all human coronaviruses, including SARS-CoV-2. Reinfections occurred most frequently at 12 months after infection, indicating that protective immunity is only short-lived."