Coronavirus immunity may not last more than 12 months, study finds 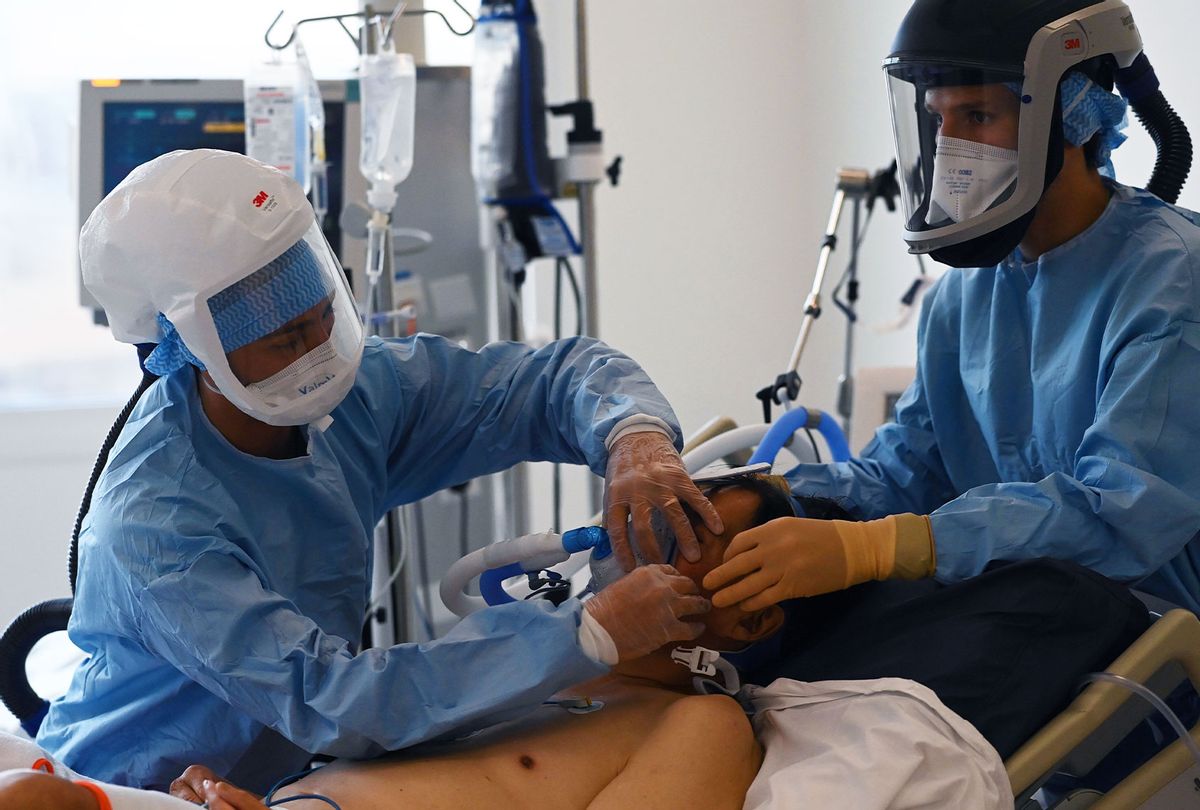 Medical staff take care of a patient suffering from Covid-19 at the emergency unit of La Timone hospital in Marseille, southeastern France, on September 11, 2020. (CHRISTOPHE SIMON/AFP via Getty Images)
--

Coronaviruses, as a group, encompass far more viruses than the one causing the pandemic, dubbed SARS-CoV-2 or the "novel coronavirus" (so named because it is new to science as of 2019). Having previous knowledge of the behavior of other coronaviruses has been a boon to scientists, as it allows for some predictions as to SARS-CoV-2's likely behavior.

On this premise, a study published on Monday in the scientific journal Nature Medicine reached a troubling conclusion about SARS-CoV-2 — namely, that people who contract the virus and then become immune to it may not stay that way for long. The scientists reached their conclusion by studying whether those infected with previous seasonal coronaviruses retained their immunity. Unfortunately, they didn't.

"A key unsolved question in the current coronavirus disease 2019 (COVID-19) pandemic is the duration of acquired immunity," the scientists — who hailed from Belgium, the Netherlands and Spain — wrote in their abstract. "Insights from infections with the four seasonal human coronaviruses might reveal common characteristics applicable to all human coronaviruses. We monitored healthy individuals for more than 35 years and determined that reinfection with the same seasonal coronavirus occurred frequently at 12 months after infection."

The study went on to explain that there are four species of seasonal coronaviruses that can cause respiratory infections, including HCoV-NL63, HCoV-229E, HCoV-OC43 and HCoV-HKU1. Because these species are "otherwise genetically and biologically dissimilar," the scientists operated from the hypothetical premise that "characteristics shared by these four seasonal coronaviruses, such as the duration of protective immunity, are representative of all human coronaviruses, including SARS-CoV-2."

Unfortunately, the scientists learned through their research that "in a few cases, reinfections occurred as early as 6 months (twice with HCoV-229E and once with HCoV-OC43) and 9 months (once with HCoV-NL63), but reinfections were frequently observed at 12 months." They added that "caution should be taken when relying on policies that require long-term immunity, such as vaccination or natural infection to reach herd immunity" as reinfections "can occur only when protective immunity (cellular and/or humoral) is insufficient."

The scientists concluded, "We show that reinfections by natural infection occur for all four seasonal coronaviruses, suggesting that it is a common feature for all human coronaviruses, including SARS-CoV-2. Reinfections occurred most frequently at 12 months after infection, indicating that protective immunity is only short-lived."

The findings have huge repercussions for public health globally, as well as for the application and distribution of vaccines.

There have been previous hints that immunity to the novel coronavirus may not last. Last month brought new of three known cases of patients who had previously been sick with COVID-19 who contracted the virus on a second occasion. One of the cases occurred in Hong Kong, one in the Netherlands and one in Belgium. Dr. Georges Benjamin, executive director of the American Public Health Association (APHA) and former secretary of health in Maryland, told Salon at the time that the re-infections showed how the "the immune relationship between humans and this virus is still poorly understood."

He added, "What we do know is the human immune response to infection has a wide spectrum which includes resistance to infection (kids who get infected but not sick); people that get sick and recover; people that get sick then recover and then get very, very sick; the recurrence of disease as represented in this single case; and evidence that vaccination will yield partial or full protection."

Although it is unclear if — and, if so, how — people can develop immunity to the novel coronavirus, it has been proven that wearing a mask both reduces the likelihood of being infected and makes it less likely that infected people will spread the virus to others. A study released earlier this month found that people who wear masks routinely will feel less sick if they are infected.