The unsubtle sexism of the "Anti-Vax Mom" meme 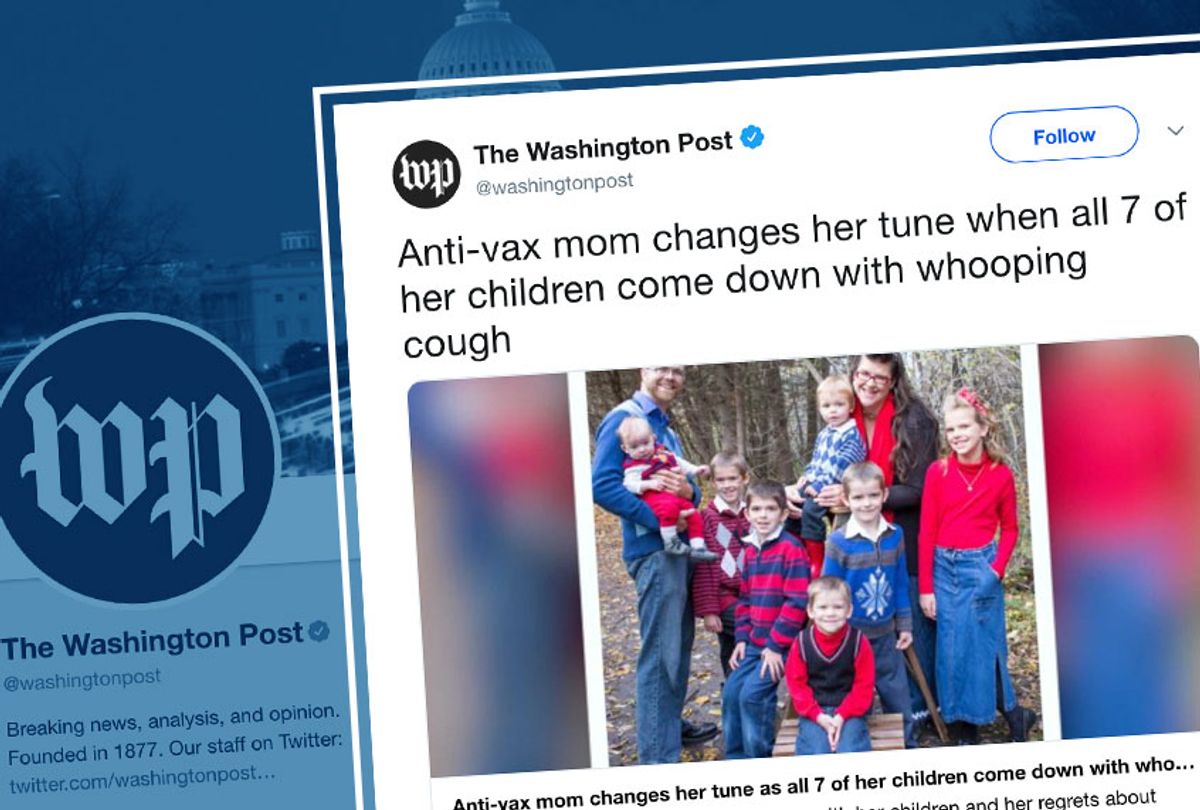 There is not one simple sociological explanation as to why the anti-vaccination movement is increasingly popular. Yes, people are reaching for answers in a postmodern, post-truth world, where both government and science seem untrustworthy, and a friend's opinion on Facebook far more tangible. And sure, for some people who feel undervalued in our society, denying one's child vaccinations is a way to reassert control over their universe, and feel powerful for a fleeting moment. You could also argue the anti-vax movement is an extension of the reactionary "natural" foods movement, which misunderstands the idea of chemicals and/or inserts "organic" and "natural" into concepts to which they do not apply. The political underpinnings of these beliefs may be curable, but the unvaccinated children often aren't: the current measles outbreak in Washington is likely to permanently scar its victims, if not kill some.

Like any culture war, and like similar anti-science trends like the Flat Earth Movement, much of the anti-vax war is waged online, in articles, memes and artifact-ridden JPEGs posted by distant Facebook friends. In the war against the anti-vaxxers, a meme has emerged: Anti-Vax Mom. A Twitter, Reddit or Google search reveals hundreds of memes and articles, often variations on other memes like Surprised Pikachu, that feature the trope of the Anti-Vax Mom. Here are a few recent ones:

Some content aggregators have collected tales of the misadventures of the ubiquitous Anti-Vax Mom. Take, for instance, these two headlines from the Cheezburger (remember the "lolcats" of "I Can Haz Cheezburger" fame?) meme network:

The trope isn't just the domain of content mills and clickbait outlets. Back in 2015, The Washington Post helped normalize the trope of "Anti-Vax Mom" in an article titled "Anti-vax mom changes her tune as all 7 of her children come down with whooping cough."

Viewed together, these memes and headlines teach us something about who Anti-Vax Mom is. She's "insufferable." She's "insane." She's obstinate: she doubles-down on her "organic foods and natural oils" once her kid dies. And she's not very bright, especially when it comes to understanding science: as alluded to in the tweet from parenting/entertainment site ScaryMommy, Anti-Vax Mom is about to get owned by the internet.

But the most important thing to know about Anti-Vax Mom is that she's, well, a mom. Surely there are at least some Anti-Vax Dads?

The ubiquity of the mom anti-vaxxer, and the fact that no one seems to have noticed, suggests to me a deep normalization of the notion that the primary anti-vaccination advocates are moms — apparently insufferable bad moms, with a shoddy understanding of public health and an obsession with a skewed notion of "health" and "purity." They are single Anti-Vax Moms, or partnered with a fellow Anti-Vax Mom, or overbearing Anti-Vax Moms of kids whose fathers don't know, don't care or aren't allowed to make decisions about their kids' health.

Now, to get personal, I should note that the only anti-vaxxer I know is, interestingly, a man. I have never seen a meme that adequately articulates his psychological profile, so let me explain.

This childhood friend of mine was never that good at school nor sports, and never quite able to shed some of the patriarchal teachings imprinted on him. Hence, he was always a bit insecure about both his intelligence and his masculinity — in short, his power. When he grew up and had children, he felt a need to maintain some semblance of those things — to have some power, and control, and to feel like he was “right,” for once — to feel smart. He rationalized that we as a society didn’t really know everything about vaccines, and he thus wouldn’t let his children get vaccinated. That made him feel powerful and smart and like the patriarch all at once, fulfilling a vision of masculinity taught to him since birth.

I’ve never seen an Anti-Vax Dad meme depicting someone like this. We don’t have the visual language to express this kind of person; he’s not reduced to a trope, nor a stereotype — he gets to be a three-dimensional. Unlike the Anti-Vax Mom memes, which are, like all memes, de facto one-dimensional caricatures, reeking of sexism. Likewise, you can certainly fight back against the anti-vaccination movement and call out its adherents without demonizing an invented figure in a way that seems to be more about mocking women than mocking pseudoscience.