Rep. Warren Davidson's is just the latest in a series similar comparisons made by conservative lawmakers 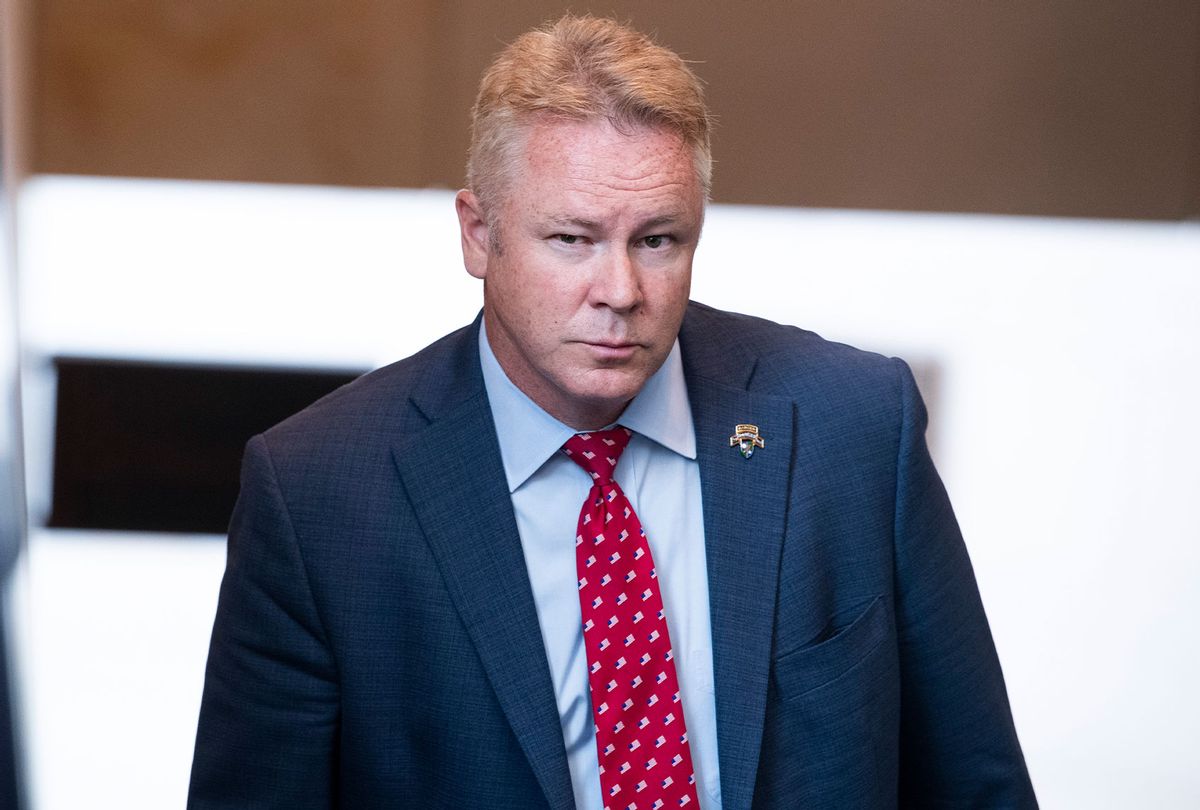 Rep. Warren Davidson, R-Ohio, on Wednesday compared vaccine mandates to policies of Nazi Germany – the latest in a spate of conservative lawmakers to make this analogy — drawing sharp rebuke.

The Republican's remarks came in response to a tweet by Washington, D.C. Mayor Muriel Bowser, who announced on Tuesday that D.C. residents will be expected to wear masks and present their vaccination statuses to enter certain venues as of January 15.

Bowser's policy did not sit well with Davidson, who promptly replied to her tweet with a picture of a "gesundheitspass" – a document used by the Nazis to distinguish "healthy" German citizens from "unhealthy ones."

"This has been done before," Davidson tweeted, ostensibly comparing gesundheitspasses to "vaccine passports."

"Let's recall that the Nazis dehumanized Jewish people before segregating them, segregated them before imprisoning them, imprisoned them before enslaving them, and enslaved them before massacring them," the Republican lawmaker added.

Davidson, who was elected to the House in 2016, is not the first lawmaker to make such a comparison.

Last year, Rep. Marjorie Taylor Greene, R-Ga., invoked the Holocaust on numerous occasions to critize Democratic health precautions against COVID-19. Back in July, she likened would-be health officials, tasked with door-knocking to promote the COVID vaccine, as "medical brownshirts," the oft-violent paramilitary wing of the Nazi Party. Greene also compared mandatory mask-wearing to the yellow badges Jews were required to wear throughout Nazi-occupied Europe in the 1940s.

In August, Rep. Thomas Massie, R-Ky. made a similar analogy, tweeting a picture of a photo of a hand with a number etched into the wrist, a reference to the identifying numbers tattooed onto prisoners living in concentration camps. The image, which he later deleted, read: "If you have to carry a card on you to gain access to a restaurant, venue, or an event in your own country…that's no longer a free country."

Several Jewish organizations have expressed outrage over the sudden right-wing pattern of comparing COVID precautions to Nazi Germany. On Wednesday, the American Jewish Committee called the trend "disturbing," calling on Davidson to "remove [his] shameful post and apologize."

Davidson's remarks come amid a national GOP-backed push to police how controversial subjects are taught in public schools throughout the country. Last week, Indiana Republicans introduced a bill that would ban the instruction of "concepts that divide," mandating that teachers remain unbiased when talking about fascism or Nazism.

"Marxism, nazism, fascism … I have no problem with the education system providing instruction on the existence of those 'isms'," state Sen. Scott Baldwin, the bill's sponsor, said during a recent hearing. "I believe we've gone too far when we take a position … We need to be impartial." Baldwin later walked back his remarks after facing a maelstrom of criticism.