"Spotify is responsible" for allowing COVID misinformation "to thrive on its platform," the letter reads 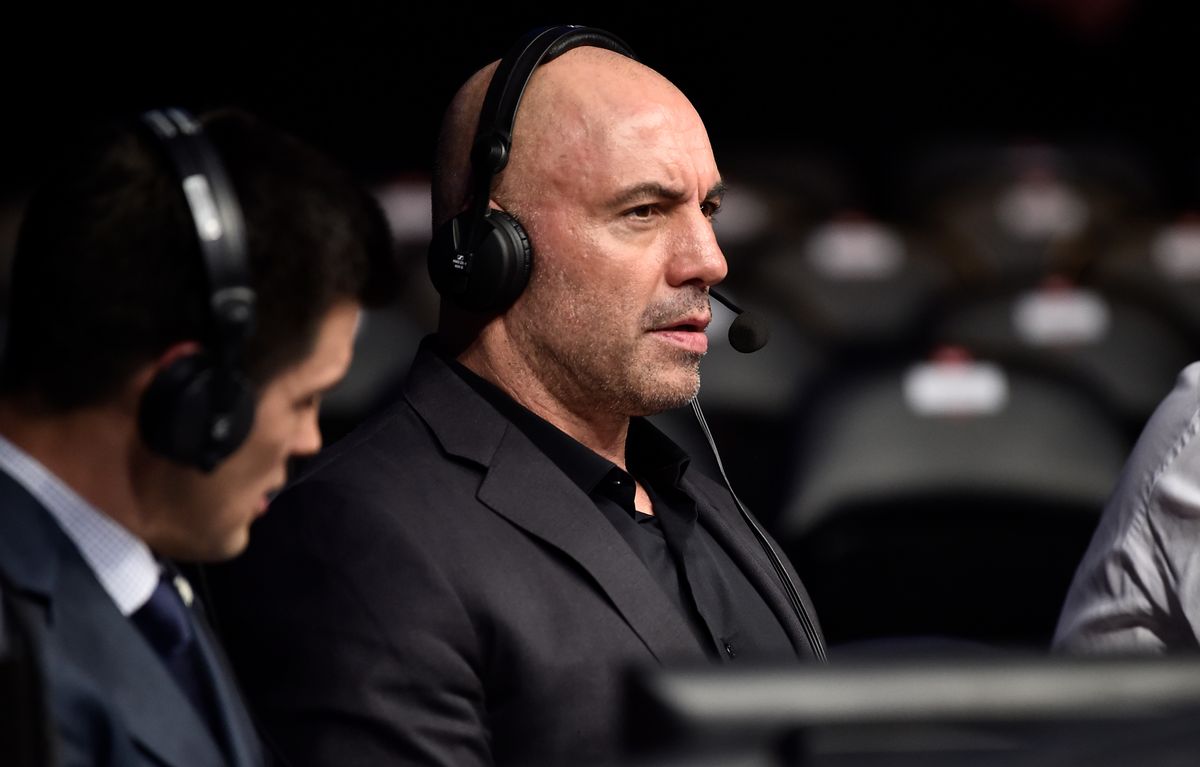 Joe Rogan is seen in the commentary booth during the UFC 220 event at TD Garden on January 20, 2018 in Boston, Massachusetts. (Jeff Bottari/Zuffa LLC/Zuffa LLC via Getty Images)
--

A group consisting of hundreds of scientists, professors, doctors and healthcare workers is calling on Spotify to incorporate stricter measures when it comes to censoring misinformation on its platform.

On Wednesday, January 12, the group penned an open letter to Spotify amid concerns about one of its most popular podcasts, "The Joe Rogan Experience." In the letter, the group expressed concern about "a highly controversial episode featuring guest Dr. Robert Malone (#1757)" as it has been "criticized for promoting baseless conspiracy theories."

"By allowing the propagation of false and societally harmful assertions, Spotify is enabling its hosted media to damage public trust in scientific research and sow doubt in the credibility of data-driven guidance offered by medical professionals," the letter reads.

The letter went on to highlight problems with Malone's history of spreading misinformation and promoting COVID-related conspiracy theories.

The letter went on to assert that, "Dr. Malone is one of two recent JRE guests who has compared pandemic policies to the Holocaust. These actions are not only objectionable and offensive, but also medically and culturally dangerous."

The group explained how the concerns of misinformation are not just medical and scientific. The spread of misinformation also contributes to sociological turmoil. Since Spotify is being used as a means of promoting conspiracies and misinformation, the group believes the company should be held accountable for providing a platform for individuals like Rogan.

"This is not only a scientific or medical concern; it is a sociological issue of devastating proportions and Spotify is responsible for allowing this activity to thrive on its platform," the letter reads.

The group's letter follows multiple attacks on the scientific community as a result of misinformation, conspiracy theories and politicization of the pandemic. Throughout the pandemic, members of the medical community have even faced threats for simply doing their jobs. The letter is urging Spotify to be part of the movement to resolve this problem as opposed to contributing to it.