It's time to move the current president "into a more ceremonial role," the talk show host said Friday 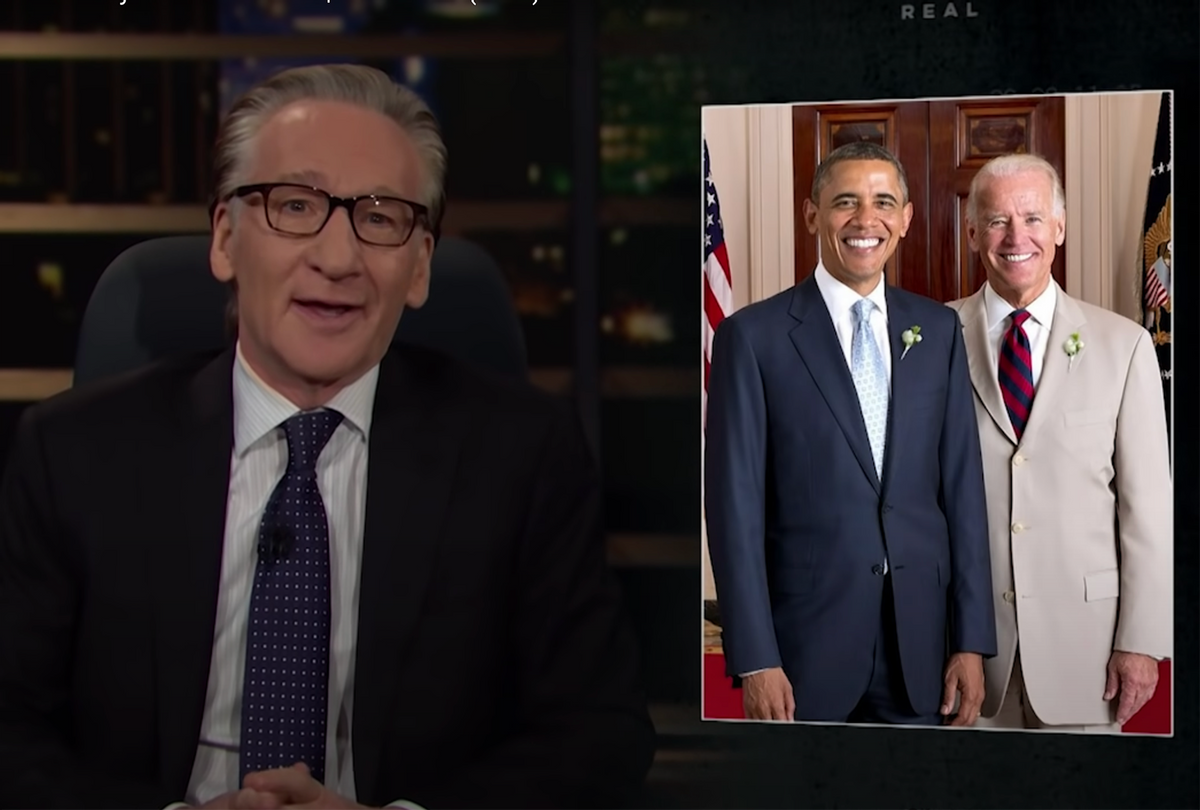 Bill Maher, host of HBO's "Real Time," outlines his plan to save the Democratic Party. (HBO)
--

Pointing to Biden's record-low approval ratings, Maher said during the season premiere of HBO's "Real Time" that it's time to "move him into a more ceremonial role."

According to Maher, the problem is that even when Biden does something good, he gets no credit.

"This is what happens when you lack passionate defenders, as opposed to Trump, who every day sh*t the bed, and 90 percent of Republicans blamed the bed," Maher said. "And Biden may well have even further to fall, because there's no die-hard Biden base. His is a coalition of the un-enthused. No one ever fainted during one of his speeches, or claimed Biden was appointed by God, or asked him to sign their tits."

Quipping that the Democratic Party lacks any "big-d*ck energy," Maher said the "bench is so thin" that "they're even talking about running Hillary (Clinton) again." He added that Vice President Kamala Harris' approval rating is even lower than Biden's, Vermont Sen. Bernie Sanders is "too old," Transportation Secretary Pete Buttigieg is "too young," and former New York Gov. Andrew Cuomo "didn't work out."

"But there is one guy all Democrats could rally behind and would love to see back in the White House," Maher said, referring to Obama. "Of course, you're saying Obama can't be president again — he's had two terms, and that's the rule. You know, politics, often called the art of the possible, really is now the art of whatever you can get away with, something only Republicans seem to realize, like when they just made up that presidents can't appoint a Supreme Court justice in an election year, or when they changed their mind and said, 'Oh wait, they can when our side is in power.'"

"To them, hypocrisy is not a bug, it's a feature," Maher said. "They're all about grinning in the mirror as they shove it up your ass, like Jesus would do. That's the essence of Trumpism."

He compared the GOP's tactics to the 1970s Disney movie "Gus," about a mule who gets signed to kick field goals for a football team because there's no specific rule that prohibits it.

"Trump pulled a 'Gus' every day when he was in the White House," Maher said. "What the Democrats have to do now is their version of a 'Gus.' And it goes like this: Biden and Obama must divorce their wives — not leave them, just officially legally divorce them. Then, Biden will gay-marry Obama, thereby putting him back in the White House. The law says Obama can't be president again, but there's nothing that says he can't be first lady."

Noting that all first ladies have pet projects, Maher said Obama's would be "running the federal government."