"You want to heal America?" he said, addressing the liberals in his audience. "Shut the f**k up for a while." 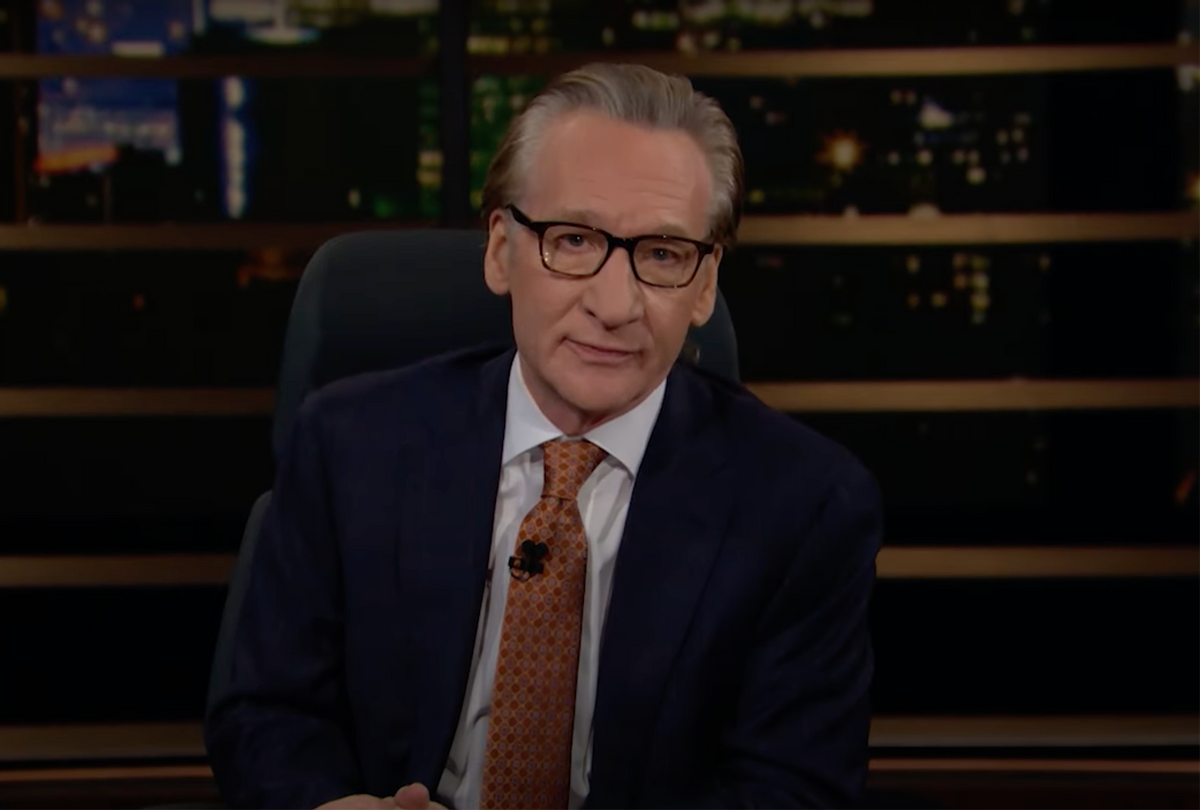 Two weeks after his warning about former president Donald Trump's "slow-moving coup" went viral, comedian Bill Maher on Friday offered some advice about how Americans can stop it.

"A lot of people hit me up after that editorial and said, 'You know what, you scared the sh*t out of me,'" Maher said on his HBO Real Time program. "Good. Because now the question they're asking is, 'What can we do about this slow-moving coup?' Great question, and here's the answer many will not like: If we want to halt this descent into civil war, we have to stop hating each other."

Maher went on to say that that act of hating people has become "ingrained" and "normalized."

"We don't even notice how often someone online is wishing someone dead," he said. "Anyone we disagree with about anything is evil incarnate, and every argument goes form zero to homicide. It doesn't even have to be about anything important or consequential: 'You insulted Gossip Girl? Prepare to die!'"

During his standup act, Maher said, he asks the audience what should happen to people who enabled Trump, and about half the time someone in the audience yells out that they should be killed.

"Besides the fact that wishing people dead is a terrible place for your mind to be, if you're wishing them dead, you can be sure they're wishing you dead," Maher said. "You want a real war, liberals? Really? You think you're going to win the 'I want you dead' war? You're not, you're going to lose. They have way more guns and they know how to use them, and with all due respect, no one can do hate like a right-wing conservative."

Maher said he was recently driven from the airport by a man from Bosnia who was in Sarajevo before it became "a war-torn hellscape." The driver told him, "What I'm seeing here now is exactly what I saw in Bosnia — next-door neighbors who despise each other."

"He was telling me that hate on this level can only be sustained for so long before becoming actual war," said Maher, who also mentioned a recent dispute over an investigation into a warehouse explosion in Beirut that devolved into a street fight with automatic rifles and rocket-propelled grenades.

"When people despise each other, it doesn't matter what the issues are. When someone hates you, they don't hear what you're saying, let alone want to work with you on an issue," Maher said, noting that Republicans today don't even care about the policy issues they once claimed to — such as a balanced budget.

"They care about that about as much as they care about the new season of RuPaul's Drag Race. Owning the libs is the only issue," he said, adding that they opposed Obamacare even though it was a good policy because "it came from the people they hated."

"Democrats keep thinking they can win over voters who hate them with better policies," he said. "We're dreaming. Democrats are always asking, 'Why do Republicans vote against their economic interests?' Because they hate you."

"So how do we stop Trump and the coup? Take it down a notch," Maher said. "Can we start with that? Is that really so hard? I know it would be easier if everyone bad would just die, but that's not a plan, and they're not going to. It's up to all of us — left, right and center — to fix this by de-escalating."

He said America's "first assignment" was to "just enjoy" William Shatner's recent trip to space aboard the Blue Origin rocket, rather than complaining about how we need to tax the super-rich or that we still have problems on Earth.

"Not everything has to be political," Maher said. "You want to heal America? Shut the f*ck up for a while."

"Facebook went down for six hours a couple of weeks ago," he concluded. "We need to make that happen more."