"Subliminable" stopped being a punchline, but the post-9/11 era necessitated talk show hosts to hone their barbs 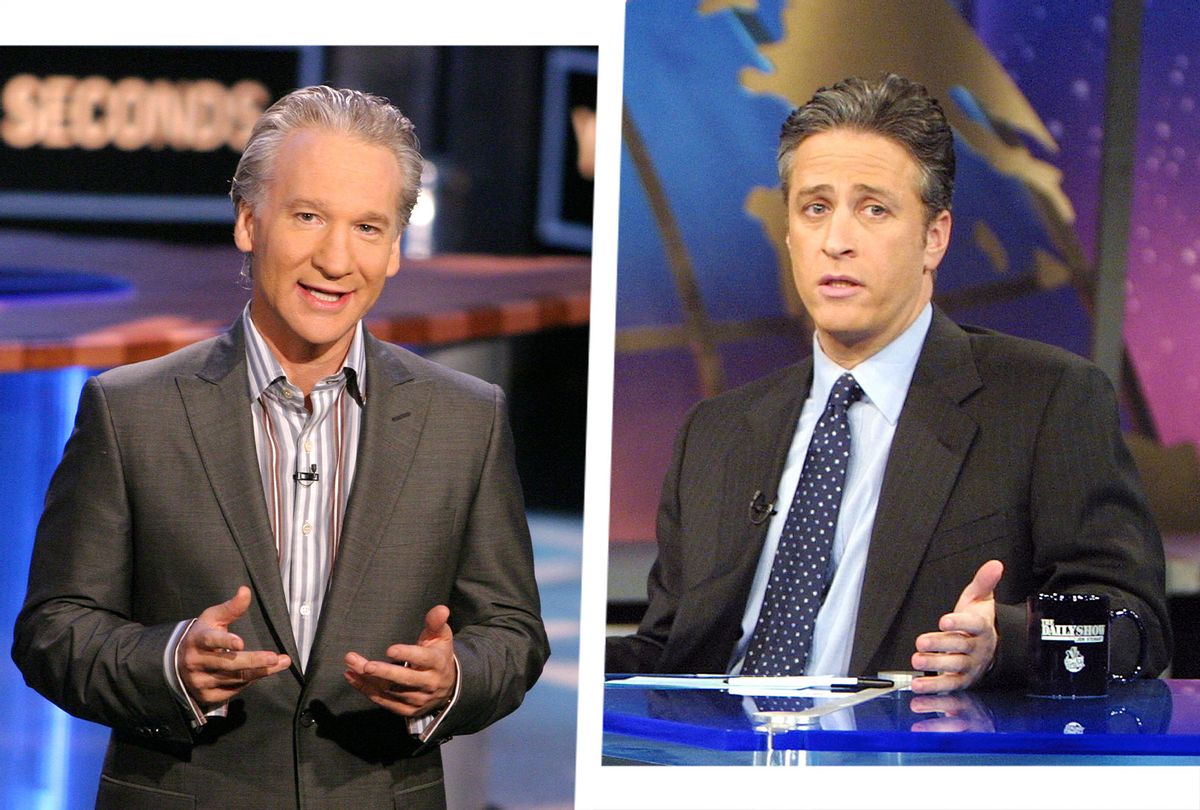 "When did comedy become reductionist politics?" the Faith and Freedom Coalition Chairman asks. Maher answers, "When everything became partisan. When it became more important to cheer for your team than to actually have a laugh."

It's not often that I find myself in agreement with Maher, but here he's at least halfway correct. Late-night shows never avoided politics, but the landscape has become increasingly partisan over the last 20 years, tacking more extremely in that direction since the 2016 presidential campaign season and that election.

Maher didn't assign an approximate date to this tonal changeover, which is somewhat strange given how abruptly the attacks of September 11, 2001 changed his own career. In another respect, that's understandable. Maher likes to process the world as it relates to him and burnishes his point of view. Over the same period he's said plenty of horrifying things and fueled a slew of "WTF?" headlines.

That same behavior won him enough of a loyal fanbase to earn his show two more seasons on HBO, ensuring we'll be shaking our head at the man on a regular basis through 2024.

Still, in his reply to Reed, Maher sidesteps an important piece of 9/11-related history. Lots of people remember that on September 17, 2001, David Letterman resumed "The Late Show with David Letterman," opening that broadcast with a sincere admission of feeling adrift in the wake of such unparalleled tragedy. His heartfelt words demonstrated a sincere level of commiseration with his audience, and his subsequent conversation with Regis Philbin  was viewed as his way of giving people permission to laugh again.

Twenty years later Letterman's opener is still recalled as a lighthouse guiding comics and other hosts out of that tragedy's fog.

Somewhat forgotten is the detail that on the exact same date, Maher shared the opinion that would eventually lead ABC to cancel his show "Politically Incorrect with Bill Maher": he said that the terrorists who hijacked the planes that downed the World Trade Center towers and crashed into the Pentagon were not cowards. "We have been the cowards," he said, "lobbing cruise missiles from 2,000 miles away. That's cowardly."

If ever there was an example of "Too soon?" in action, that was it. But on the scale between Maher's tone-deaf gaffe and Letterman's considerate act of reassurance, late night comedy has steadily glided closer to the HBO host's side.

This is not his doing, mind you, or Letterman's. It is largely thanks to Jon Stewart's stewardship of "The Daily Show."

Comedy Central's late night flagship turned 25 in July, but in the months and years after 9/11 it found its distinct purpose. Stewart was already lampooning the news before that, but with mainstream TV news' skepticism concerning the Bush administration's justifications for war decreasing and the influence of hawkish, extremist cable news punditry rising, "The Daily Show" secured its legacy by meeting the dangerous absurdity creeping into the news cycle with relentlessly sobering satire.

Then he said something that viewed from 20 years hence might be considered meaningful. "'Subliminable' is not a punchline anymore." Bush did not suddenly became an eloquent orator overnight; nor did comedians lay off the verbal stumblebum-in-chief. But that statement may have been a preview of the way the disaster necessitated a sharpening of political comedy's edge.

Stewart's honing of "The Daily Show" into a blunt force instrument wrapped in punchlines served a purpose that wasn't being fulfilled by "The Tonight Show with Jay Leno" or other broadcast late-night talk shows.

To Leno, "subliminable" and its like remained fair game, much in the same way his predecessor Johnny Carson feasted off tabloid scandal that, for example, ensnared a former senator photographed with two women who weren't his wife on a yacht called the Monkey Business, sailing to a very funny sounding place called Bimini. The jokes wrote themselves; they were also toothless.

But as the destruction in New York and Washington D.C. began to recede in the memory, and war in Iraq and Afghanistan ramped up, a large portion of the country wasn't in the mood to giggle at malapropisms or oddly titled destinations. This is how "The Daily Show" and its first spinoff, "The Colbert Report," siphoned young viewers and their trust away from real news organizations and professional journalists.

A Pew Research report from 2007 reminds us of how quickly trust in mainstream media eroded after 9/11, mostly in the face of opinion shows passing off what Stephen Colbert famous called "truthiness" as fact. Respondents ranked Katie Couric, Bill O'Reilly and Charles Gibson as the most admired news figures, with Stewart tied for fourth place alongside Dan Rather, Brian Williams, Anderson Cooper and Tom Brokaw. He even outranked Jim Lehrer and, get this, Walter Cronkite.

Taking all of this into account, CBS choosing Colbert to replace Letterman when he retired was natural. And of course HBO and TBS would seize the opportunity to launch their own topical comedy programs helmed by Stewart-era alums John Oliver and Samantha Bee, respectively, after "The Daily Show" changed over to the Trevor Noah era.

Nor is it surprising that NBC tapped "Saturday Night Live" Weekend Update host Seth Meyers to replace Jimmy Fallon on "Late Night" when Fallon inherited "The Tonight Show" in 2014. "Tonight" is obligated to shoot down the center, but Meyers' knack of distilling political headlines and social flashpoints into pointed jokes and bits is different from what Fallon offers. He gives the broadcast network a way of competing in the market "The Daily Show" created and, until recently, had cornered.

Left-leaning hosts aren't the only ones capitalizing on the template established by "The Daily Show" during the Bush era. In April, Fox gave Greg Gutfeld his own post-primetime talk show, and in August it made headlines by overtaking "The Late Show with Stephen Colbert" in total viewership ratings as well as in the 25-to-54 age demographic.

Whether "Gutfeld!" is funny is a matter of personal taste. In many ways its quality isn't relevant, since it is tapping into an audience whose humor hasn't been centered in entertainment in a targeted way – outside of political rallies, that is.

September 11, 2001 isn't solely responsible for these transformations. Conservative media already was on the rise, giving Stewart and other comics plenty of fodder to tear into.

However, we can view it as a distinct dividing line. In a previous era the late night talk show's primary task was sending viewers into slumber with a smile on our faces and stars in our eyes. Some remain primarily devoted to this purpose.

But the shows heralded for their social relevance and political necessity in 2021 earn that designation because they are cathartic release valves helping us to make sense of injustice, corruption and the anxiety-inducing cultural upheaval that's been simmering to a boil for two decades. We turn to them for reassurance that we're not crazy, and for confirmation that the world certainly is. And they remind us that sometimes the sanest means of processing sorrow and fear is to find ways to joke about them.