A 9/11 viewer's guide, from the new Michael Keaton drama to surprising documentaries

It's been 20 years, and recent projects are approaching and reflecting on the aftermath in new ways 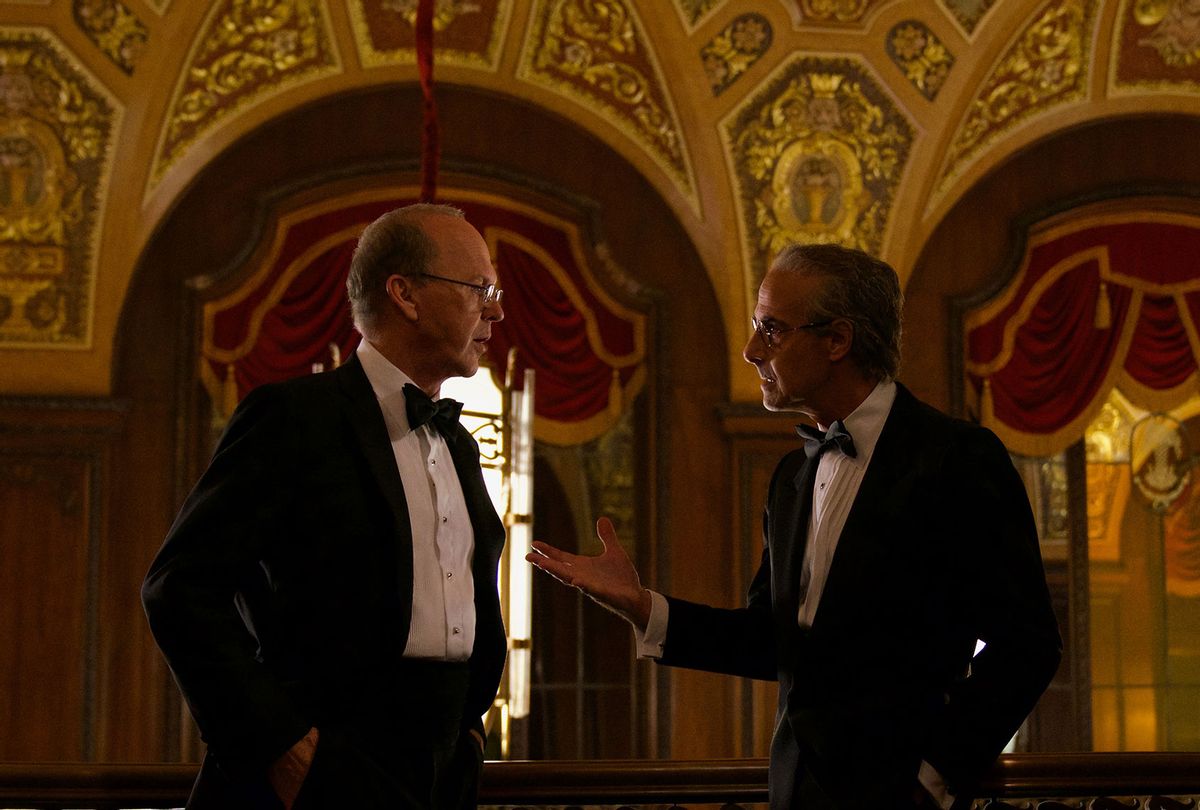 Saturday, September 11, 2021 marks the 20th anniversary of the terrorist attacks when four American planes were hijacked to hit three of their intended targets, and changed the course of American and global history. The events of 9/11 resulted in the incalculable loss of human life, both as a result of the crashes, and the devastating, so-called "War on Terror" that ensued shortly after.

And as always, we turn to art to make sense of the senseless. It's hard to believe Michael Moore's landmark "Fahrenheit 9/11" arrived nearly 17 years ago, or "Extremely Loud and Incredibly Close," the critically acclaimed tale of a boy who lost his father to 9/11, released a decade ago.

Naturally, storytelling about 9/11 has evolved, adding new depth and perspective to the tragedy and its generational impacts on Americans and citizens of the world, alike, not to mention both the families who lost loved ones, and the Americans who became otherized and demonized following the attack. Hasan Minhaj's 2017 comedy special "Homecoming King," for example, recollects the enduring racism his Muslim family faced in 9/11's wake.

But with the grim landmark anniversary – literally a generation has been born and achieved their majority in this time – new projects are attempting to encompass  the darkness and light of our post-9/11 world.

There's plenty of varied content to watch, depending on the tone or mood with which you're looking to remember and reflect on the events of 20 years ago. Many documentary projects take a closer look at that fateful day, giving both insight but also a gutting catharsis to those who want to be reminded of when Americans came together.

For those who want to remember but not necessarily relive the trauma of that day, there's a heartwarming musical or a PBS documentary that looks to the new generation of young adults who've never lived in a world without the attacks.

Here's Salon's guide of some of the most compelling 9/11 content to watch:

"9/11: One Day in America" (Hulu)
The four-part limited documentary series takes audiences on a haunting, minute-by-minute journey through the events of 9/11, as told by the survivors who lived through it. From the perspectives of a fire chief, a chef, and others impacted by the attack, the Nat Geo documentary series humanizes a devastating catastrophe that's often reduced to statistics and platitudes.

"Generation 9/11" (PBS website, PBS app)
Over 100 of the people killed by the 9/11 attacks were expectant fathers. "Generation 9/11" introduces you to seven of the children born after they could meet their fathers in this warm, deeply human documentary. Twenty years after 9/11, they're now young adults, some just graduating high school, others weathering their first years of college during a global pandemic. They reflect on how their families' unique experiences with 9/11 have shaped their politics, living history through the monumental events of the last two decades, and what it's like to mourn someone you never even met.

"Turning Point: 9/11 and the War on Terror" (Netflix)
This five-part, investigative documentary series introduces us to the 1980s rise of al-Qaeda, and the fateful events of September 11, 2001, making the case for how modern history can be divided between before and after that day. The series goes to places others haven't, featuring interviews with not just officials from varying presidential administrations and CIA members, but also Taliban commanders, members of the Afghan government, Afghan warlords and Afghan civilians.

"Worth" (Netflix)
Michael Keaton stars alongside Stanley Tucci and Amy Ryan in the new Netflix drama following the life of real-life lawyer Kenneth Feinberg, who must somehow calculate how to compensate families of the victims of the attacks. As Feinberg, Keaton learns lessons in empathy as he strives to create what becomes the September 11th Victim Compensation Fund.

"9/11: Inside the President's War Room" (Apple TV+)
9/11 became a defining moment for President George W. Bush, and with him, the country at large. The documentary explores the events of that fateful day from the perspective of the former president and his advisors as they personally recount the moment the terror attack happened, and the key decisions made in the moment, and beyond. The documentary began streaming on Apple TV+ on Sept. 1, but will be available for free to the public on Sept. 11 to honor the 20th anniversary.

"CNN Special Report: Front Row to History: The 9/11 Classroom" (CNN)
This CNN special report from anchor Victor Blackwell revisits the day through the lens of the second-grade students, their teacher, and White House aides who were in their Florida classroom with President Bush when he got word of the second plane hitting the World Trade Center. The report will feature interviews with students, now almost 30 years old, and their teacher, on their continued, shared connection to the tragedy.

"Frontline: America After 9/11" (PBS)
In a special, two-hour episode, award-winning director Michael Kirk chronicles the U.S. response to 9/11 and the legacy of that fateful day by putting it in a uniquely modern context. "America After 9/11" will feature crucial interviews that reflect on the subsequent wars in Afghanistan and Iraq, as well as the Jan. 6 insurrection at the Capitol that was widely compared to the horrors of 9/11, and where we go from here.

"No Responders Left Behind" (discovery+)
A different sort of 9/11 documentary, "No Responders Left Behind" is the story of the fight of 9/11 first responders who survived the attack to get health care and compensation. Over the course of five years, the documentary follows activist John Feal, 9/11 firefighter Ray Pfeifer, and "Daily Show" legend Jon Stewart in their quest to fight for the dignity of the thousands of responders who are suffering with life-threatening and financially devastating illnesses from toxins released at Ground Zero after 9/11.

"Come From Away" (Apple TV+)
A filmed version of the Tony Award-winning broadway musical, "Come From Away" is the story of 7,000 passengers who wind up in Newfoundland after all flights are grounded after the events of 9/11. It's an uplifting story of love and hope, starring original cast members Petrina Bromley and Jenn Colella, and new breakout stars.

This hour explores the lasting impact 9/11 had on the lives of the children directly impacted by it, including testimonials from children who lost a parent that day.  Among its interview subjects are former students attending the High School for Leadership and Public Service in Manhattan the teachers who led them to safety, and a twin brothers inspired to found a charitable company in memory of the father they lost that day. Premieres at 7 p.m. on Friday, September 10.

Offering a different perspective from other on-the-ground accounts, this special is a moving collection of personal accounts from the family and friends of passengers on American Flight 11, United 175, American 77, and United 93. Over the course of its two hours it interweaves audio and recollections of final phone calls with the stories of passengers, crew members and others who lost their lives that morning. Premieres at 8 p.m. on Saturday, September 11.

Ordinary people who picked up their cameras began recording from the moment the planes hit the World Trade Center towers 20 years ago are the reason we have a bounty of compelling footage from that day. A dozen such accounts come together in these two hours, and the intentional omission of interviews, commentary or narration allows their imagery and the emotions expressed by each videographer to convey how harrowing each moment was in all of its raw reality. Premieres at 10 p.m. on Saturday, September 11.

"NYC EPICENTERS 9/11-2021½" (HBO Max)
In this four-part documentary series that began airing at the end of August and will air its finale on Sept. 11, Lee interviews over 200 subjects on New York City in the 21st century, from the devastation of 9/11 to the COVID-19 pandemic. Interviewees include first responders, politicians like Rep. Alexandria Ocasio-Cortez, journalists, and even the iconic Jon Stewart. Despite controversy over the initial inclusion of harmful conspiracy theories in the finale, Lee and HBO have since announced edits were made to the episode, which will run Saturday to commemorate 9/11.