The director featured a conspiracy group in the finale airing Sept. 11 to let the audience "decide for themselves" 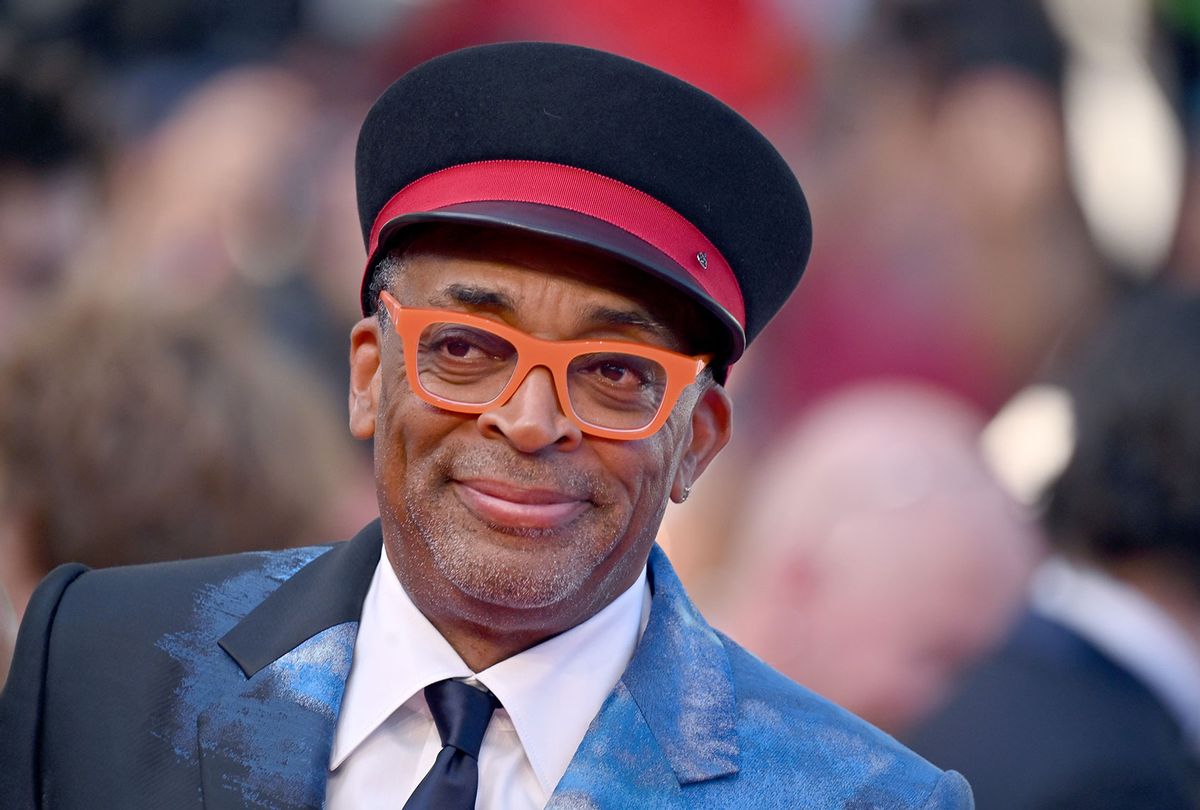 Spike Lee attends the final screening of "OSS 117: From Africa With Love" and closing ceremony during the 74th annual Cannes Film Festival on July 17, 2021 in Cannes, France. (Lionel Hahn/Getty Images)
--

With the 20th anniversary of the 9/11 terrorist attacks fast approaching, attention is turning to how Americans are still grappling with the legacy of that day. Acclaimed filmmaker Spike Lee is among those who created documentaries about the subject, but following backlash over including conspiracy theorists in his HBO series, he's backtracking.

According to Variety, Lee is "back in the editing room and looking at the eighth and final chapter of 'NYC EPICENTERS 9/11–>2021½.'"

"I Respectfully Ask You To Hold Your Judgement Until You See The FINAL CUT," Lee says in a statement sent by HBO.

The statement comes following a report that the final episode of Lee's series "NYC EPICENTERS 9/11–>2021½," which premiered this weekend, includes extensive interviews with members of the conspiracy group Architects and Engineers for 9/11 Truth. This group pushes the debunked theory that the World Trade Center towers were destroyed not by al-Qaeda, but a controlled demolition.

In an interview with the New York Times, Lee seemed to subtly push this theory as well, admitting he still has "questions" about what really happened on 9/11, and telling the paper, "The amount of heat that it takes to make steel melt, that temperature's not reached. And then the juxtaposition of the way Building 7 fell to the ground — when you put it next to other building collapses that were demolitions, it's like you're looking at the same thing.

"But people going to make up their own mind. My approach is put the information in the movie and let people decide for themselves. I respect the intelligence of the audience."

"NYC EPICENTERS 9/11–>2021½" commemorates 20 years since the Sept. 11 attacks took place in 2001, and is the product of hundreds of interviews conducted by Lee that explore the impacts of 9/11 and more recently, the COVID-19 pandemic, on New York City. Its final episode, which will fittingly air on Friday, Sept. 11, is the episode that had featured the controversial, debunked theories in question, which Lee and HBO have since announced they are editing.

Media critics who received the docuseries to screen in advance have objected to how the final episode (which has now been pulled from review consideration) features extensive interviews with conspiracy theorists alongside interviews with experts who have researched 9/11 and its impacts for years including Shyam Sunder, who researched the attacks for the National Institute of Standards and Technology. According to the New York Times, at one point in the episode, when Sunder asks Lee if he's sufficiently explained the events of 9/11 to the director, Lee laughs and responds, "Not really." In contrast, the Times suggests that at times, it appears the documentary sides with conspiracy theorists.

Slate's Jeremy Stahl has compared the episode to "presenting Covid-19 vaccine skeptics in a debate alongside Anthony Fauci, or Holocaust deniers alongside the Simon Wiesenthal Center, or a clique of climate change skeptics alongside the authors of the United Nations IPCC report."

Conspiracy theories about the truth about 9/11, some of which wrongheadedly assert the terror attack was an "inside job" carried out by the Bush administration, are often given the meme treatment or laughed off on social media. But experts have concerningly linked the success of 9/11 theories through the years to the success of some of the most dangerous conspiracy theories that have poisoned our politics, today.

9/11 trutherism paved the way for the massive spread of QAnon's outlandish pedophilia cabal theories, which have culminated in death and an insurrection, as well as anti-vaccine conspiracy theories that have contributed to the spread of COVID variants across the country.

"NYC EPICENTERS 9/11–>2021½" airs Sundays after "Last Week Tonight" on HBO and streams on HBO Max, with the final episode premiering on Saturday, Sept. 11.