Screen-addicted and anxious, I sought the guidance of a man who dialed in on this year's depressing comedic rhythms 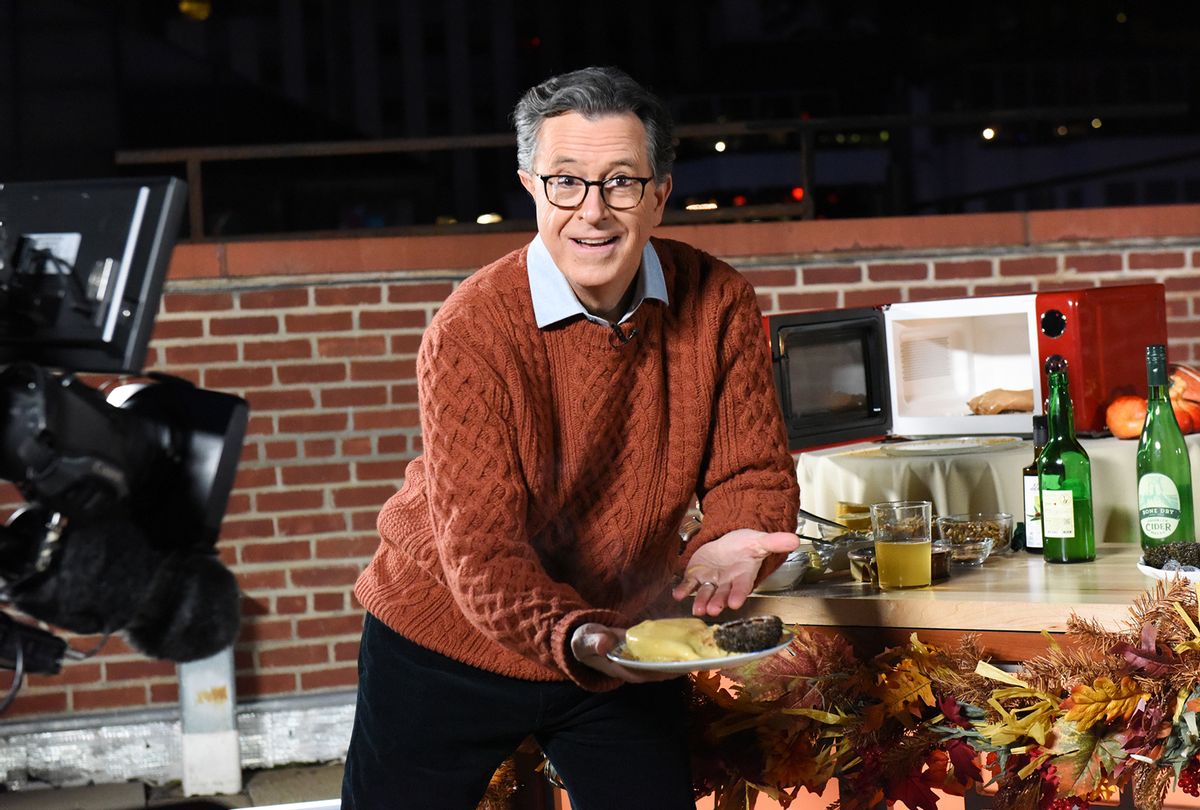 This year has been a bit of a nightmare. A surprisingly unimaginative nightmare, that, as we near the end, seems to have repeated itself. Over and over.

COVID restrictions have been enforced, relaxed, then reinforced, Trump threatened a coup in a number of new, upsetting ways, and Joe Biden had to keep winning the election not just once, but again and again. . . Add on top of this my endless — and perhaps more trivial — battle to extricate myself from my phone and laptop and you may begin to wonder: Haven't we been here before? Is there even a lesson to any of this madness?

Relentlessly spinning in this revolving year of depressing callbacks and recurring bits, I attempted to steady myself by finding someone — anyone — who seemed to have a clue as to what was going on. But rather than cling to a more natural choice, like, say, a criminal narcissist, strongman politician, or "real lawyer," I turned to the uncertain guidance of a man who seemed to have dialed in on the depressing, comedic rhythms of the year in his own way: Stephen Colbert.

At the beginning of the COVID days in March or April or so, Colbert changed the name of his show from "The Late Show" to "A Late Show," appearing from his basement noticeably just as disheveled and confused as many of us were at the time. I was a fresh viewer of the show then, but the name change was noticeable and instantly grabbed my attention. There was a simple comic honesty in the humble move that I think is hard to overestimate, especially when much of the entertainment media at that time was so curated, projecting a tone deaf, and at times nauseating sense of self-importance.

Instead of taking this route, Stephen let us into the operation of the show through the many asides to his wife and, eventually when he switched locations to an office above the Ed Sullivan Theater, small production crew about the unexpected length of a certain intro, a slip-up in his speaking, his untamed hair (which, really isn't that long by most standards other than his own), or the funniness/unfunniness of a bit. And while he did occasionally comment on his disappointment about not having an audience, he didn't seem anxious to get back in front of a camera like many of his peers. Rather, he seemed careful to balance the dramatic and comedic in what has been an unquestionably devastating year.

But he seems to have managed it extremely well in the end, empathizing with and mirroring the swinging emotions of an invisible audience.

Or, at the very least, one screen-addicted, anxious, invisible audience member who was spinning around a lot for some reason.

Colbert introduced several new, 2020-specific segments including, the collection of leftover rejected monologue jokes that make up "Quarantinewhile," coverage of Trump's latest sad coup attempt in "The Road from the White House," and of course, the ever-present, inescapable COVID-focused "Catch a Third Wave: Endless Bummer." There was for a brief, shimmering moment, a relief from our persistent troubles when the monolith had been found in Utah and spurred the monolith-focused "Mono-logue," but that ended quite dramatically (and bizarrely) when the monolith was violently torn down, replaced with a wooden cross, and berated by a group of teenagers.

Yeah, it was weird.

And, of course, these segments were filled with enjoyable one-liners, and memorable introductions to some of our favorite politicians — "Former New Jersey Governor and depressed Fred Flintstone, Chris Christie"; "Attorney General and Jackass O'Lantern, Bill Barr"; "Personal attorney and Bilbo possessed by the One Ring, Rudy Giuliani". And Colbert had to challenge Trump throughout the year, which he did. But the way he did so became increasingly interesting as the year went on.

He called Trump out for his recklessness in dealing with the virus, particularly his upsetting statements after he had been treated at Walter Reed. He talked about how the president's refusal to accept the election results wouldn't do much more to tarnish his already miserable legacy. And when Trump dismissed the powerful efforts of the Black Lives Matter movement in the wake of George Floyd's murder this summer, asserting that a higher number of white people get killed by the police, Colbert finally figured out Trump's stance on the issue: "No Lives Matter".

Eventually Colbert resorted to censoring Trump's name in his episodes. He referred to him only by his title or "the current administration," and if a headline included Trump by name, the show would refer to him as "T****".

Colbert still commented on the president's latest temper tantrum, and he continued to put on his Trump impression nightly, but there was still something significant in denying Trump his own name. It could have been, at the very least, another symbolic denunciation of the president. Or, perhaps it was a nod to Stephen's infatuation with fantasy, an attempt at getting closer to Trump's "true name," one that more closely reflects the president's actual nature. That, in fact, he has nothing at his core, he's nameless — just a title and a collection of loud noises, void of any depth himself.

It wouldn't be completely out of character for the host.

Because there were times of real depth on the show, some even manifesting themselves in the same, fantastic way. Just before the election, Jon Stewart's appearances seemed to elicit that kind of response, getting Colbert to quote the Tolkein universe to comfort us in trying times.

It'd be hard to go the entire year without confronting the actual tragedy and emotional strain of the circumstances. Various guests and regular check-ins with bandleader Jon Batiste often revealed these types of more vulnerable and unfiltered musings. Jon Stewart's other appearance in the show this summer featured his own powerful and moving pitch for Joe Biden. Dolly Parton came on in a particularly memorable moment, just to sing some songs her mother used to sing with her, and she drove the host himself to tears. Stephen also aired a previously unbroadcasted duet circa 2016 with the late John Prine, which he had presciently introduced at the time, saying it would go straight to the internet "unless, you know, something terrible happens, and we have to cheer up the world on the TV show." And he was right — we needed some cheering up.

It was these moments of honest discovery and emotional vulnerability, coupled with the comedy's consistent defiance of hopelessness, laziness, and bad leadership, that helped me navigate through the year. It helped me find the comedic in the tragic and confirmed that what I had been hearing or seeing or experiencing every day was far from normal, which was no easy task given the brutal efforts from above to gaslight the entire nation on almost every major issue of the day.

Honesty, transparency, and modesty could still prevail in 2020. Sure, it would be an uphill battle. It always seems to be for those qualities. They're not exactly the dream combo that would declare victory before all the votes have been counted, even when they're up by a lot at like, midnight, and then weird stuff starts to happen around 2:00 a.m. But the host of "A Late Show" modeled to me how it could be done.

So, much like Colbert this year, I found comfort when I could, accepted vulnerability when it came, and did terrible impressions while yelling at animations that popped up on my computer pretty much every day.