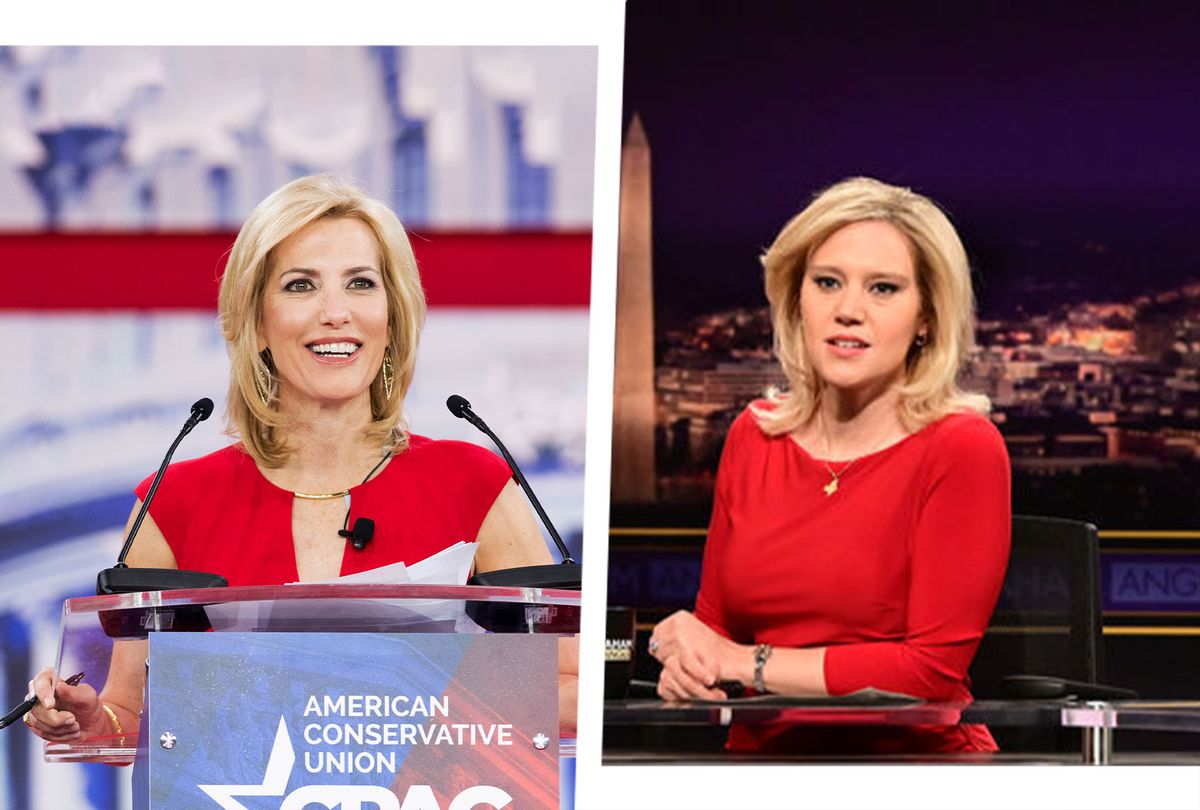 Fox News host Laura Ingraham had a go at Kate McKinnon of "Saturday Night Live" fame on Monday, bizarrely breaking out her own impression of McKinnon imitating her.

Ingraham's foray into self-referential humor came in response to McKinnon's SNL cold open this past Saturday, in which the comedian played a comical version of Ingraham railing against Biden and the left.

"Inflation's out of control, gas is at $19 a gallon," McKinnon said, imitating the host. "And the green M&M has been canceled just for being a whore. Things are so bad in Biden's America, even according to former Wendy's spokes-girl Jen Psaki."

On Monday, Ingraham attempted to one-up McKinnon by parodying the comedian's imitation of her.

"Now, there's a reason I like Kate McKinnon, I have so much respect for her as a talent," Ingraham started. "She's so even-handed in her political commentary."

"But seriously, think of all the low-hanging fruit provided by Joe Biden and Nancy Pelosi, little Petey B and the squad on a near-daily basis," the conservative host added. "I mean, I think this is kind of comedy gold, don't you?"

Ingraham's jab did not sit well with critics online, many of whom thought it was comically off the mark.

Funnily enough, Ingraham wasn't the only conservative to respond to her own portrayal on SNL this week.

Conservative commentator Candace Owens also had a bone to pick with actress Ego Nwodim, who played the right-wing pundit this past weekend, tweeting: "Hey @nbcsnl—not sure who this woman is you have playing me but I am much better looking than this."

"Next time just reach out and I'll play myself," Owens added. "That way the skit will actually be funny and America might even tune in to the show again!"