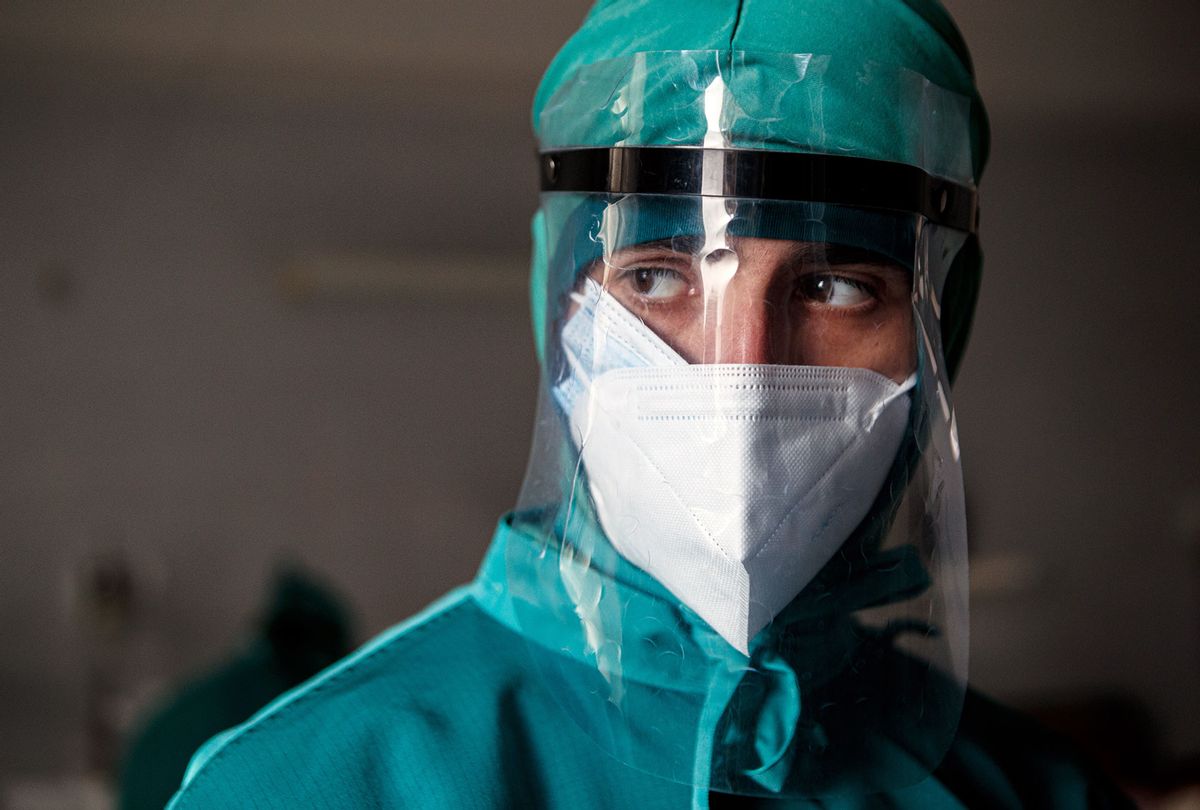 Leaving those jobs doesn't necessarily mean that they have left the medical professional altogether; some have left for other medical jobs. In Wisconsin, employees of ThedaCare left for jobs with Ascension Northeast Wisconsin — and ThedaCare responded by taking legal action in the hope of keeping them longer.

CRAZY\u2014When 7 Wisconsin hospital workers quit to work at another hospital for better pay & work/life balance, the 1st hospital didn't try to match the 2nd hospital's offer. It instead got a judge to issue a temporary order blocking the workers from leaving.https://www.postcrescent.com/story/news/2022/01/21/what-we-know-ascension-thedacare-court-battle-over-employees/6607417001/\u00a0\u2026

Madeline Heim, a science reporter for the Appleton Post-Crescent in Wisconsin, explains, "It was unclear whether a group of former ThedaCare employees would be allowed to start their new jobs at Ascension Northeast Wisconsin Monday after lawyers for both health systems made their first appearance in court Friday morning. The uncertainty is the latest development in a battle over health care employees that began late Thursday and is now playing out in court. It comes as staff shortages strain health systems nationwide — nearly one in five health care workers have quit their jobs since the beginning of the COVID-19 pandemic."

Added to court docs today is a letter from Timothy Breister, one of the 7 employees. \n\nBreister wrote he applied to the Ascension job for better work-life balance & was told when asking Theda to match the offer that "the long term expense ... was not worth the short term cost."

In Wisconsin, Outagamie County Circuit Court Judge Mark McGinnis, Heim notes, temporarily blocked the medical workers from starting their new jobs with Ascension. ThedaCare asked the judge to keep them from starting at Ascension until replacements could be found.

"The employees were part of an 11-member interventional radiology and cardiovascular team, which can perform procedures to stop bleeding in targeted areas during a traumatic injury or restore blood flow to the brain in the case of a stroke," Heim notes. "Each of them (was) employed at-will, meaning they were not under an obligation to stay at ThedaCare for a certain amount of time."