"This is why she shouldn't be in politics anymore ... I'm embarrassed to have once known her" 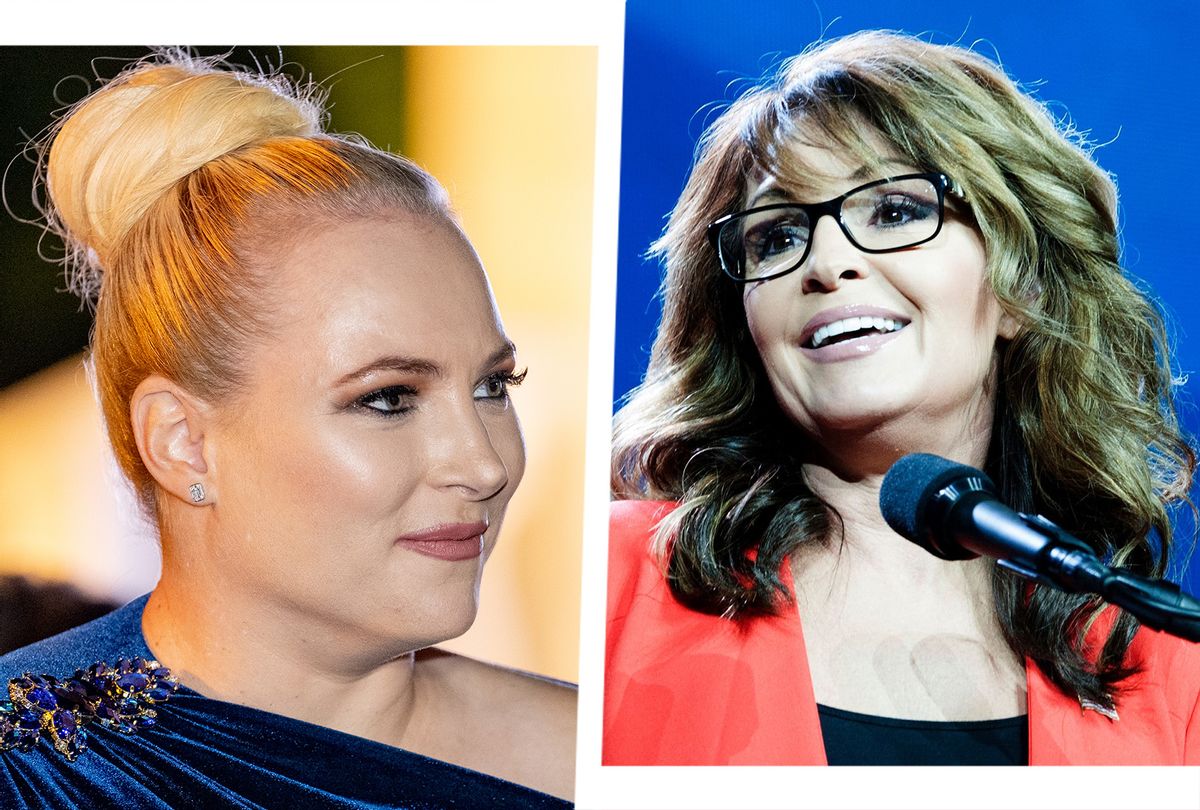 Meghan McCain called Sarah Palin "stupid, reckless and arrogant" for eating in public — not once, but twice — after testing positive for COVID-19.

The political scion and former host of "The View" also told The Daily Mail (where she has a regular column) that she was "embarrassed" to have once called the former Alaska governor her friend after her recent anti-vax turn, a particularly biting comment given the fact that her late father, Sen. John McCain, had chosen Palin as his running mate during the 2008 presidential election.

The entire saga began earlier this week when Palin was spotted eating out at a swanky Italian restaurant, Campagnola, on Manhattan's Upper East Side — a confounding situation given her very public refusal of the COVID-19 vaccine and New York City's strict vaccination rules. The very next night, she was seen at another fancy Upper East Side establishment, Elio's, dining indoors alongside four other people.

With public fascination concentrated on how she gained admission to both establishments, The New York Times revealed that she had tested positive just days before traveling to the city for a defamation trial against the paper, a detail that emerged when she requested that the trial's start date be pushed back.

A manager at Elio's, Luca Guaitolini, later admitted to making a "mistake" in allowing Palin to dine indoors, saying that the staff was investigating and wanted "to get to the bottom of this."

"She probably just walked in and strolled over," Guaitolini told the Times.

It was a decision that didn't sit right with McCain — who said the decision to go outside when knowingly positive might have infected someone who is at higher risk of serious symptoms.

"Is she crazy? Day two?" McCain fumed. "I haven't seen her or talked to her for many years, aside from some short emails when my father passed, so I can't imagine what she is thinking but this is highly irresponsible."

"This was selfish, reckless and stupid. Just because it's not illegal doesn't mean it is not unethical."

"This is why she shouldn't be in politics anymore. You have to lead by example. I'm embarrassed to have once known her."