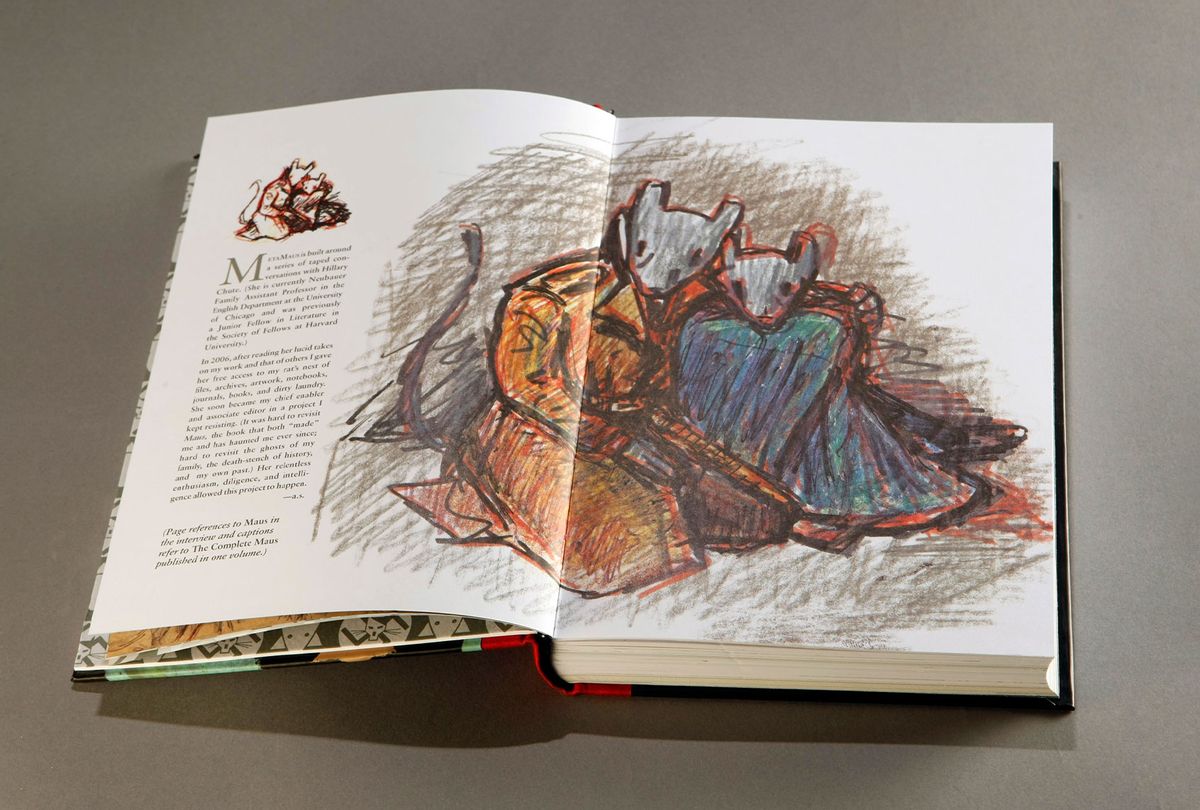 On Wednesday, a Tennessee county school board pulled "Maus" – Art Spiegelman's award-winning graphic novel about the Holocaust – from its eighth-grade curriculum, sparking outrage amongst liberals who accused the board of engaging in censorship. But on Thursday, commentators online attempted to push back against this narrative by downplaying the board's vote and accusing the left of apparent hypocrisy.

To make their point, many critics pointed to minutes taken by the McMinn County Board of Education during its meeting on earlier this month, arguing that the board was not motivated by antisemitism but concerns over instances of obscenity and nudity. Throughout the transcript, board members made such objections, claiming that the book was inappropriate for the classroom.

As Lee Parkison, Director of School, said during the meeting, "there is some rough, objectionable language in this book," noting that the board could redact key lines. Still, other members, like Tony Allman, clearly took issue with the novel's visual depictions of Nazi atrocities. "It shows people hanging," Allman said. "It shows them killing kids."

"Why does the educational system promote this kind of stuff?" he asked. "It is not wise or healthy."

"To say that Maus promotes violent abuse and dehumanizing language is to show that you don't understand it," Trexler said. "Schools are supposed to be in the business of promoting literacy, and this is just one example of how school leaders are using their own illiteracy as justification for keeping children from learning what the adults in charge have not."

Some commentators also took issue with the use of the word "ban" to describe the school board's decision, contending that it is a misnomer given that McMinn County simply nixed the "Maus" from its eighth-grade curriculum.

But Jonathan Friedman, director of free expression and education at PEN America, said that he doesn't think the term "is reductive at all."

Pointing to a piece he wrote last year,  Friedman reiterated that "the American Library Association and other advocates for the freedom to read" have "long considered" curricular and library removals as "efforts to ban books from circulation, to effectively disallow and discourage others to read them."

At the same time, many critics viewed liberal outrage over the board's vote through the lens of "leftist hypocrisy," noting that books like Harper Lee's "To Kill a Mockingbird" and Mark Twain's "Huckleberry Finn" have been restricted in the past over accusations of racism.

Earlier this week, Mukilteo School Board in Washington state voted to remove "To Kill a Mockingbird" from its ninth-grade required reading, though the board granted discretion to individual teachers who wanted to use the novel in their curricula.

In the past, Friedman noted, PEN America has pushed back on schools looking to pull "To Kill a Mockingbird" from course curricula, writing in 2020 that the novel "[deals] with difficult subject matter from our country's complicated and painful history, including systemic racism." Still, he noted that most of the book bans we're seeing are being leveled against LGBTQ+ authors, authors of color, and books that deal with race, sex, and gender.

"The challenge right now is to recognize that the weight of the momentum here is so very clearly swinging in one direction," Friedman said.

Thus far, McMinn is the first known county to pull "Maus" from its students' curricula. It remains unclear whether the book will see more restrictions throughout the rest of the country, though it's possible, given that other districts have had the tendency to target the same authors and works.

Andrea Pitzer, who wrote "A Global History of Concentration Camps," said that it's important for kids to be exposed to books like "Maus" when "so much of the language of conspiracy theories swirling around the country today – from QAnon to anti-vaxx and anti-democratic movements – rises out of antisemitic literature used in the past to devastating ends.

"The county that handed down the decision about MAUS is in Tennessee, which also passed a law not long ago that may allow publicly funded adoption agencies to discriminate on the basis of religion," she added. "Last week, we saw stories about a lawsuit filed by a Jewish couple saying they were refused as clients at one agency in the state because of their religion. When you include the kind of synagogue violence we've seen recently in Texas and Pittsburgh, it makes for a frightening trend. This isn't some isolated, abstract situation – it's part of a larger, concrete phenomenon."