"As We See It": An imperfect step forward for representing autism on screen

Prime Video's new series casts actors on the spectrum, but some stories are still told through a neurotypical lens 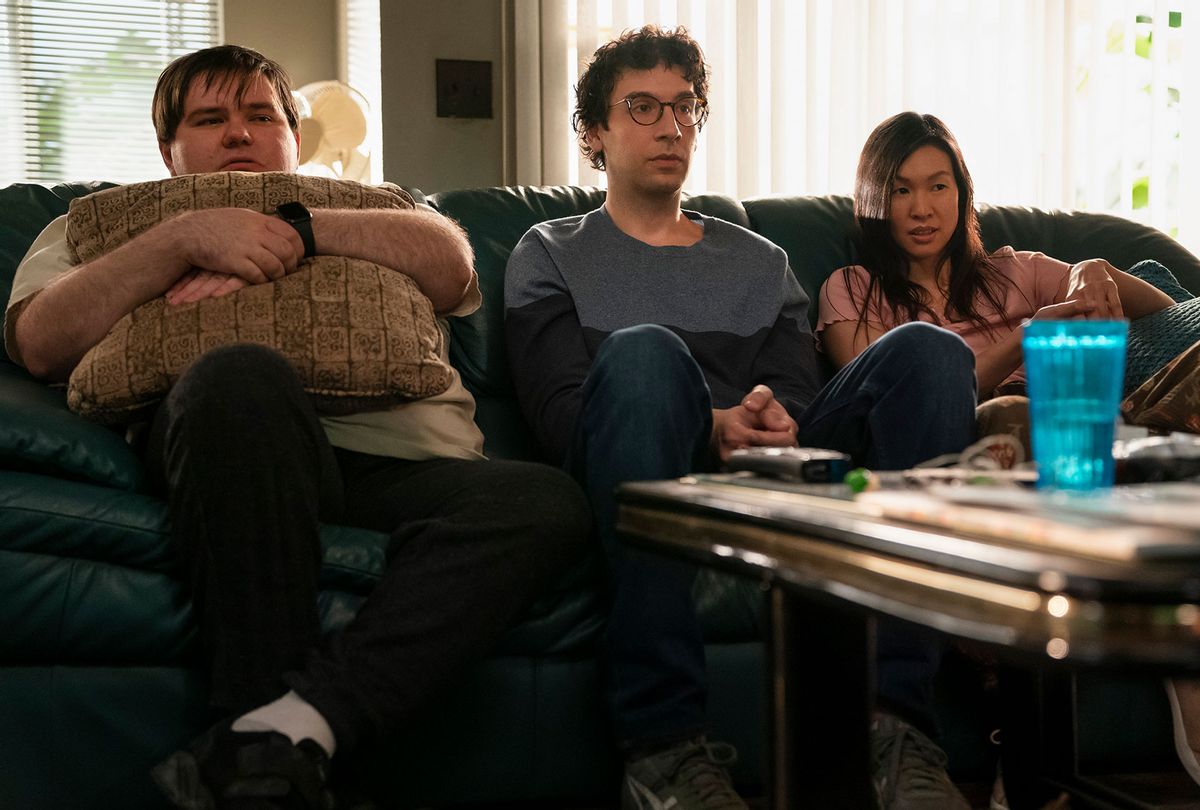 At the beginning of the pilot episode of "As We See It," the recently released series on Amazon Prime about three autistic flatmates, we meet Harrison (Albert Rutecki), being encouraged to go outside and walk a single block by his helper, Mandy (Sosie Bacon). "You got this," she enthuses encouragingly, as Harrison, who has significant sensory issues, tries to navigate all the noises and interruptions of a typical urban environment.

Sadly, a barking dog proves too much for Harrison, who makes a hasty retreat, despite Mandy's earnest appeals via her phone for him to keep going. But no matter, because the viewer already has the clear message that "As We See It" is all about the journey.

The other two flatmates, Jack (Rick Glassman) and Violet (Sue Ann Pien) are on journeys of their own. As befits this sort of narrative, they hit multiple bumps and roadblocks along the way. Jack loses his job because he tells his boss he is of inferior intelligence. Violet is demoted from a public-facing role in a burger bar because she asks a customer to be her boyfriend, just before his wife and child loom into view.

Twenty-five-year-old Violet is desperate to have a boyfriend and indeed to have sex, but doesn't quite know how to go about it. Told by Mandy and her controlling brother Van (Chris Pang) that she must try to find a boyfriend from her drama club, Violet is adamant that she wants to be "normal" and use a dating app, which they forbid.

"As We See It" is billed as an original drama as the three main actors — who play Harrison, Jack and Violet — are all autistic. This may well be a step forward from previous TV and film productions, which have too often cast non-autistic actors and tell stories that can do more harm than help.

The film "Music" follows Zu (Kate Hudson) after she becomes the sole guardian of her half-sister who is autistic. Released in 2021, it caused controversy as it appeared to justify physical restraint. It also portrayed a non-speaking autistic person (played by a non-autistic actor) in an unhelpful and over-simplified way.

In the UK, there was "The A Word" which, although incorporating some actors with disabilities, presented autism as a factor in family breakdown, a myth that some research has challenged.

"As We See It" is in some ways from a different stable, as the ever-smiling Mandy, more of a life coach than a support worker, gently coaxes the flatmates to overcome their challenges. Jack's blunt honesty and Harrison's fear of the outdoors are convincingly and authentically portrayed, and Sue Ann Pien, who plays Violet, has stated that the character resonates with her. It is also refreshing to see an Asian autistic person on screen, as autism is still almost universally portrayed as white.

Work still to do

And yet, while "As We See It" takes a few positive steps along the path of more enlightened representations of autism, there are a few wrong turns that risk taking it back to the beginning again.

Mandy and Van both have dramas — and love lives — of their own, suggesting that Harrison, Jack and Violet's stories aren't considered enough to hold the attention of the viewer. Mandy, we learn, has been turned down from top medical schools, and while this frustrates her desire to become a neuroscientist, it does show she has other possibilities in her future. She may choose to stay with "the guys," but unlike them, Mandy has choices.

Van's busy work life and responsibilities for his sister Violet (their parents are dead) mean he has little time for his girlfriend, as they discuss while in bed together. Van, unlike his lovelorn sister, at least has some physical intimacy in his life, as does Mandy.

The problem is that "As We See It" walks a fundamentally normative path in both its narrative structure and portrayal of how to support autistic people. One obvious question is why Harrison isn't living in a quiet rural setting, where trips outdoors might be a pleasure, rather than an ordeal to be endured.

When Mandy takes Jack to his former workplace in a bid to get his job back, she urges him to make eye contact. This is well-established as an inappropriate and even damaging expectation for at least some autistic people.

Given that autistic people can be subject to higher rates of unemployment than the general population and even other disability groups, Mandy would be better placed reminding Jack's employers of their responsibilities under disability legislation so that he can be suitably supported and his talents can shine.

There is also an uncomfortable episode when Violet, having defied her carers and set up a date via an app, is manhandled out of a bar by her brother after her date has fled several hours earlier. Although another customer challenges Van and they have a brief machismo exchange, no one stops Van from doing this.

Even if Van's controlling nature becomes part of his "journey," in the days of #metoo, this feels like a misstep. It's also part of a narrative that autistic people need to be "rescued" and that autism is burdensome for family members, like in "Music."

My favorite moment of the pilot episode was when the three flatmates are gathered around a new robotic vacuum cleaner, which they watch with awe. This simple moment, when viewers are invited to share their pleasure, from their perspective, is very well done. Let's hope that future episodes of the drama build on this, and in so doing, travel further than the first block of autistic and neurodiversity representation on screen.