State Rep. Bud Hulsey wants to "reprimand" the AP for identifying "a problem that does not exist" 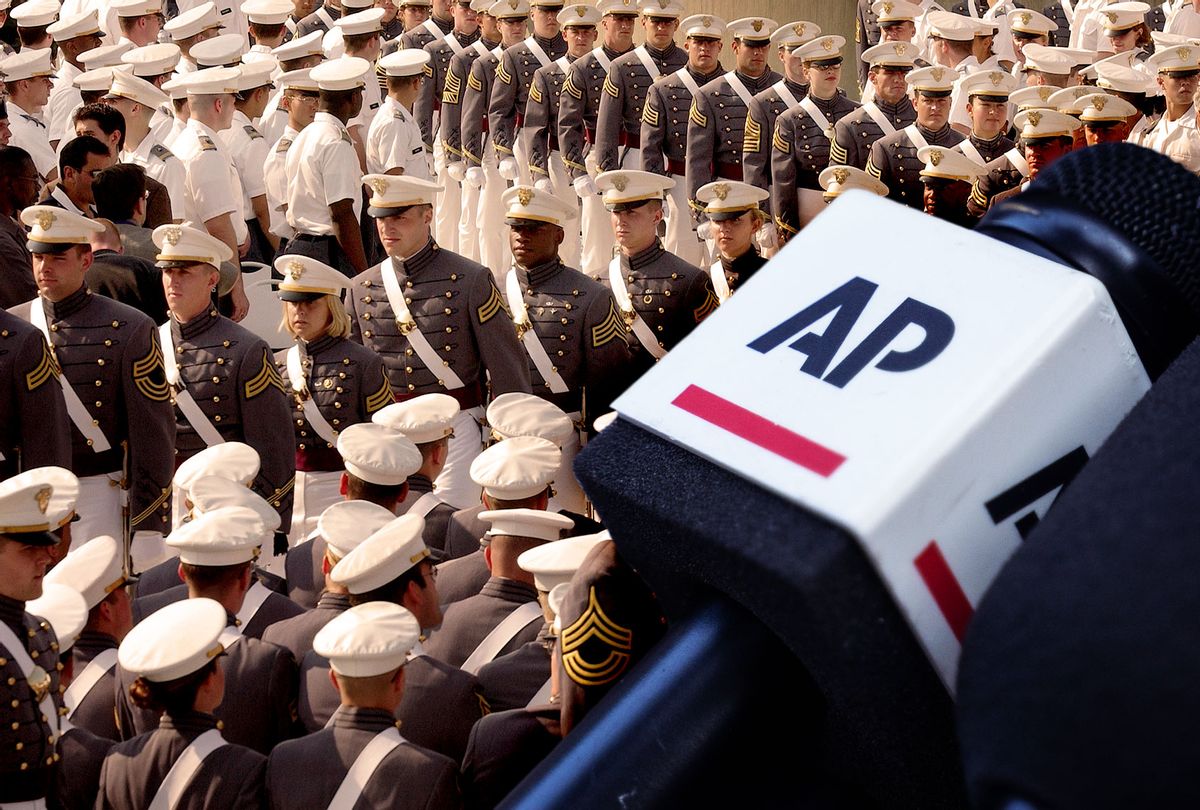 A Tennessee state legislator introduced a joint resolution to "reprimand" the Associated Press (AP) for publishing an article highlighting racism within the military's ranks, saying the outlet "engaged in the lowest form of yellow journalism."

The bill, reported by a CBS/ABC-affiliate, was proposed by Republican state Rep. Bud Hulsey, who objected to an AP story that ran back in May, entitled "Deep-rooted racism, discrimination permeate US military."

In the article, AP reporters Kat Stafford, James Laporta, Aaron Morrison and Helen Wieffering interviewed "current and former enlistees and officers in nearly every branch of the armed services" who "described a deep-rooted culture of racism and discrimination that stubbornly festers, despite repeated efforts to eradicate it."

Additionally, the AP found that the military "processed more than 750 complaints of discrimination by race or ethnicity from service members in the fiscal year 2020 alone."

Hulsey's resolution contends that because the AP found 750 complaints – when there are 425,000 members of the active-duty military – racism in the ranks, by his accounting, is "uncommon and not a largescale problem."

The "allegations that members of the U.S. military are racist and that the military itself accepts a culture of discrimination are not only blatantly false," the resolution reads, "but an insult to the brave men and women who combat racism and discrimination at home and around the globe."

It also adds that "the AP has engaged in the lowest form of yellow journalism and should be held accountable by the American public and their elected officials."

RELATED: The far right in uniform: How bad is the military's problem with extremism?

The publication, for its part, has firmly stood by the article in question. Kat Stafford, one of its authors, tweeted weeks ago that she and her colleagues "spent nearly a year interviewing dozens of service members and experts – some of whom could not speak publicly out of fear of retribution. We poured over copious documents & FOIAs. We did our homework. No matter how much one tries [to] deny it, racism does exist."

The Tennessee resolution does not make clear precisely what a "reprimand" would entail from a legal perspective. As the CBS/ABC-affiliate noted, the state legislature has only reprimanded judges, lawmakers, and doctors. In 2020, the legislature considered a bill that would have legally recognized CNN and The Washington Post as "fake news," but the measure ultimately failed to see enough support.