Plus, four recipes that put it to use 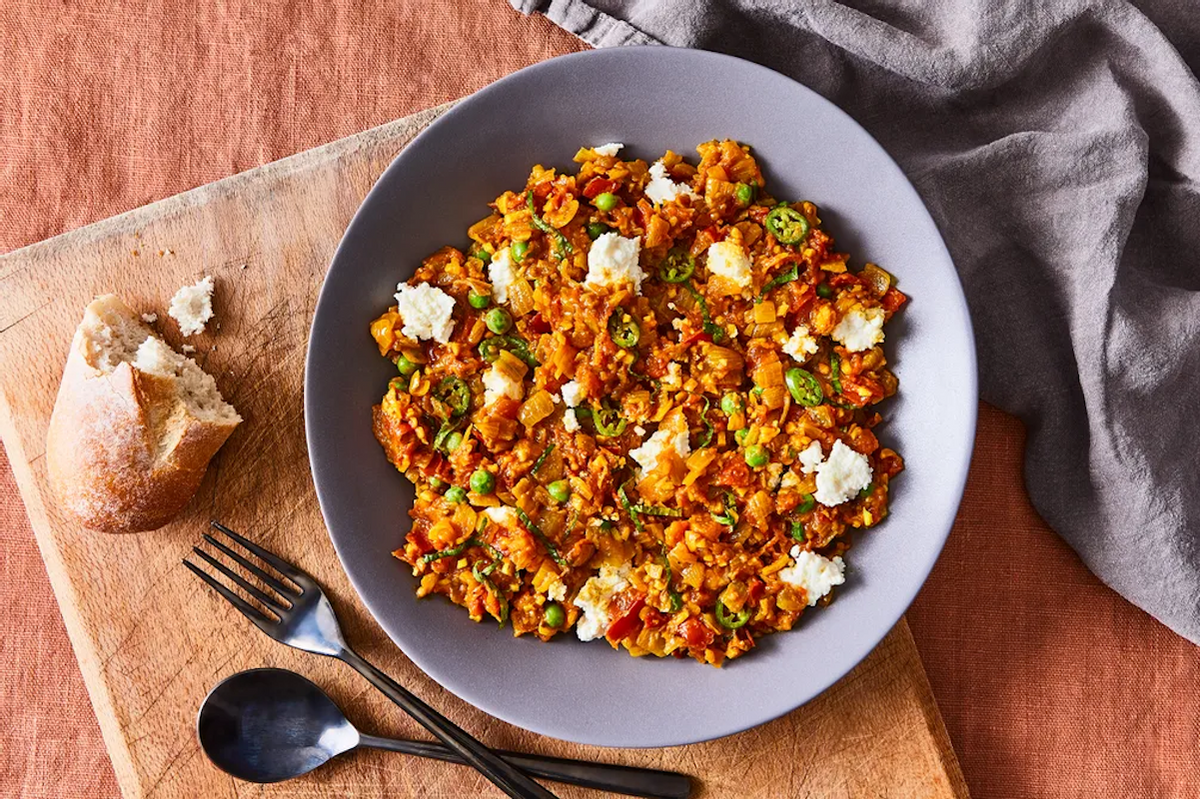 Considering that India is one of the largest milk producing countries in the world, it is rather surprising that it doesn't have a major cheese-making culture. You won't find stinky and moldy cheeses in the shops that line India's busy, narrow streets — but almost every dairy shop carries paneer, an immensely popular fresh cheese.

Paneer is such a dominant culinary symbol in India because, unlike other cheeses, it doesn't require animal rennet. This makes it perfect for the predominantly vegetarian Indian diet. Paneer makes a great meat substitute in most Indian recipes, but even non-vegetarians like myself love it. From sweets, to fried snacks, to cream-drunk royal curries, paneer is used in North Indian dishes extensively. Its mild taste, texture (similar to that of halloumi or tofu), and capability to soak in flavors and withstand high cooking temperatures make it a household favorite.

I like to compare this Indian cheese to the humble potato. On its own, a potato is rather bland. But when coupled with simple ingredients and cooked with the right technique, it is converted into irresistible dishes that the whole world loves!

For this paneer recipe, you need just two ingredients: two liters of fresh whole milk and two to three tablespoons of fresh lemon, vinegar, or lime juice. Essentially you just need something acidic and relatively mild in flavor to make curdled milk so that the fresh flavor shines through. You also need a few pieces of cookware, but nothing that you probably don't already have on hand. Gather two deep, heavy-bottomed pots, cheesecloth or muslin, and a wooden spoon.

The ingredients here are basic, but the methodology is important to follow for the best results. I'm sharing my own step by step technique for making paneer and a few tips I hope will help you get through paneer making. This paneer recipe will yield about one cup of cheese. Trust me: once you make paneer at home, you will never go back to store-bought.

How to use paneer

"Cumin seeds add a subtle earthiness, and the creamy texture of cashews is the perfect replacement for traditional heavy cream, as it seamlessly balances the pureed sauce," says recipe developer Archana Mundhe. You'll find two methods for cooking palak paneer, with this one being the slightly lower-fuss version because it's made in everyone's favorite multicooker.

This is an Indian-style creamed spinach, which is studded with diced paneer cheese. A warm, peppery spice blend of cumin, coriander, mustard seeds, red pepper flakes, and cardamom make this decidedly *not* Betty Crocker's version of the spinach side dish.

A traditional entrée in North Indian cuisine, palak paneer features a bold combination of spinach and paneer, plus onions, tomatoes, garlic, ginger, and garam masala. It comes together in 45 minutes and makes even better leftovers (with naan on the side, of course).

"This is a very traditional, very comforting dish for many who grew up in India. Once you taste it, you'll see why: the creamy cheese, the tang of the tomatoes and onions in the sauce, the bright green peas that pepper it," writes recipe developer Urvashi Pitre. She says you can also use frozen paneer, but why would you when you've just made a fresh batch?