"I hate to be so personal, but Hawley is one of the worst human beings," Rep. Adam Kinzinger said 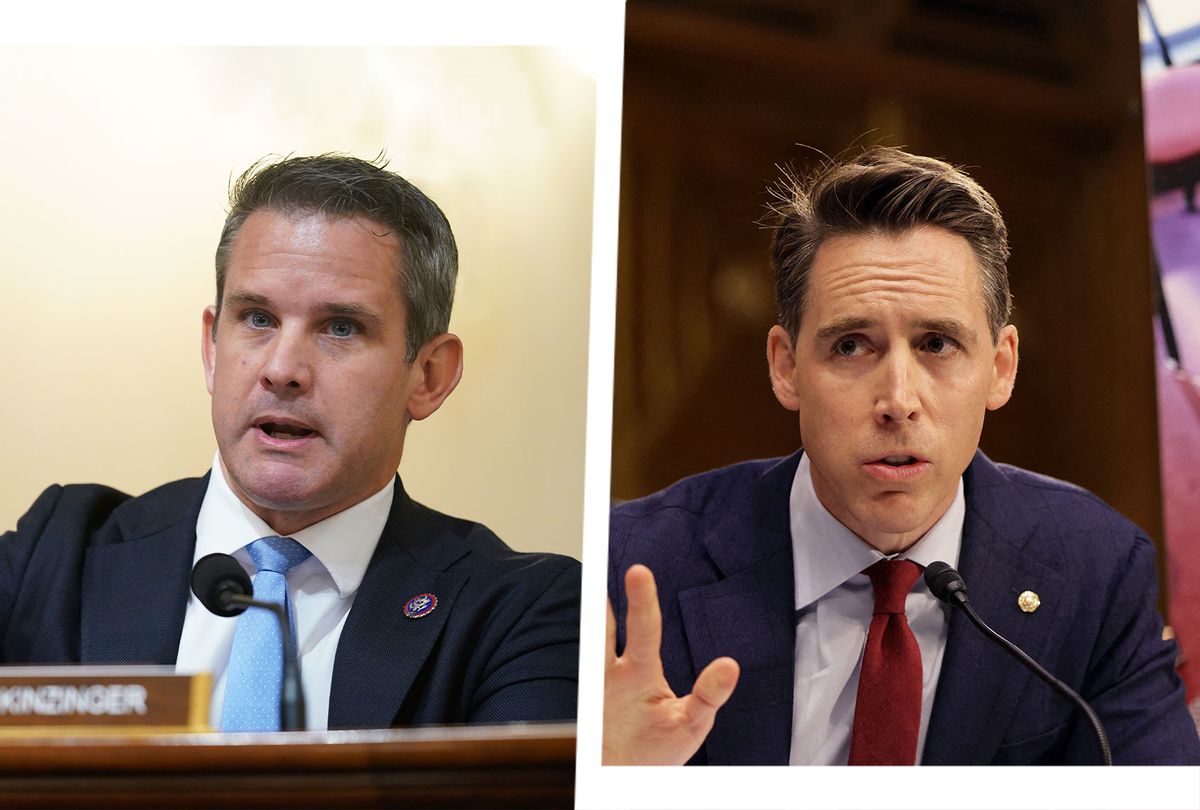 The White House accused Sen. Josh Hawley of "parroting" Russian propaganda after the Missouri Republican called for the United States to drop its longstanding support for Ukraine to join the North Atlantic Treaty Organization (NATO).

Press secretary Jen Psaki made the statement Wednesday evening after Hawley sent a letter to Secretary of State Antony Blinken and Defense Secretary Lloyd Austin calling for the changes. He claims that a pledge to defend Ukraine — which would become effective if the country were to join the military alliance — would distract the United States from China's growing influence in the Indo-Pacific.

Hawley reportedly wrote "it is not clear that Ukraine's accession would serve U.S. interests."

"If you are digesting Russian misinformation and parroting Russian talking points, you are not aligned with long-standing bipartisan American values, which is to stand up for the sovereignty of countries, like Ukraine," Psaki told reporters.

"That applies to Senator Hawley, but it also applies to others who may be parroting the talking points of Russian propagandist leaders," she added, a not-so-veiled reference to Fox News host Tucker Carlson and other conservative thought leaders who have in recent weeks questioned U.S. support for Ukraine and other beleaguered former Soviet countries.

Hawley's position puts him at odds with most prominent Republicans — after all, it was the administration of then-President George W. Bush that in 2008 agreed Ukraine and Georgia "will become" NATO members (though no definitive timetable was given). But, driven by Carlson and other conservative commentators, it appears the GOP base — as well as a roster of insurgent hardline candidates — is warming up to an increasingly anti-interventionist view of American foreign policy.

Rep. Adam Kinzinger, a member of the House select committee investigating the Jan. 6 Capitol riot and one of just 10 Republicans who voted to impeach Trump for inciting the attempted insurrection, blasted Hawley in a particularly fiery statement — calling him "one of the worst human beings."

"I hate to be so personal, but Hawley is one of the worst human beings, and a self egrandizing [sic] con artist" Kinzinger wrote in a tweet Wednesday night. "When Trump goes down I certainly hope this evil will be layed in the open for all to see, and be ashamed of."

"It is weird," Kinzinger responded in a subsequent tweet. "We are in weird times. Like having a Senator more interested in pleasing Tucker and playing to worst instincts than leading. Denying Jan 6th truth despite fomenting it, among other things."

Others pointed out Hawley's past foreign policy inconsistencies — such as his initial support for a speedy U.S. withdrawal from Afghanistan and subsequent about-face, in which he loudly criticized the administration for doing exactly that.

"This is reminiscent of Hawley's posturing on Afghanistan," Daniel Larison, an editor at the anti-interventionist site AntiWar.com wrote on Twitter. "There was no consistency or principle involved, it was whatever let him bash Biden. So when Biden delayed withdrawal, he said withdrawal was too slow, and then when it happened he denounced it."

"So it is easy to imagine a scenario where Biden rules out NATO membership for Ukraine and Hawley rends his clothes and laments that Biden has betrayed Ukraine," he added.

In the near term, both the House and Senate are holding briefings on the situation in Ukraine Thursday — with Hawley requesting greater "clarity" on how Ukraine's involvement in NATO would serve U.S. interests.