Tina Fey redefined late-night snacking, all with a block of cheddar 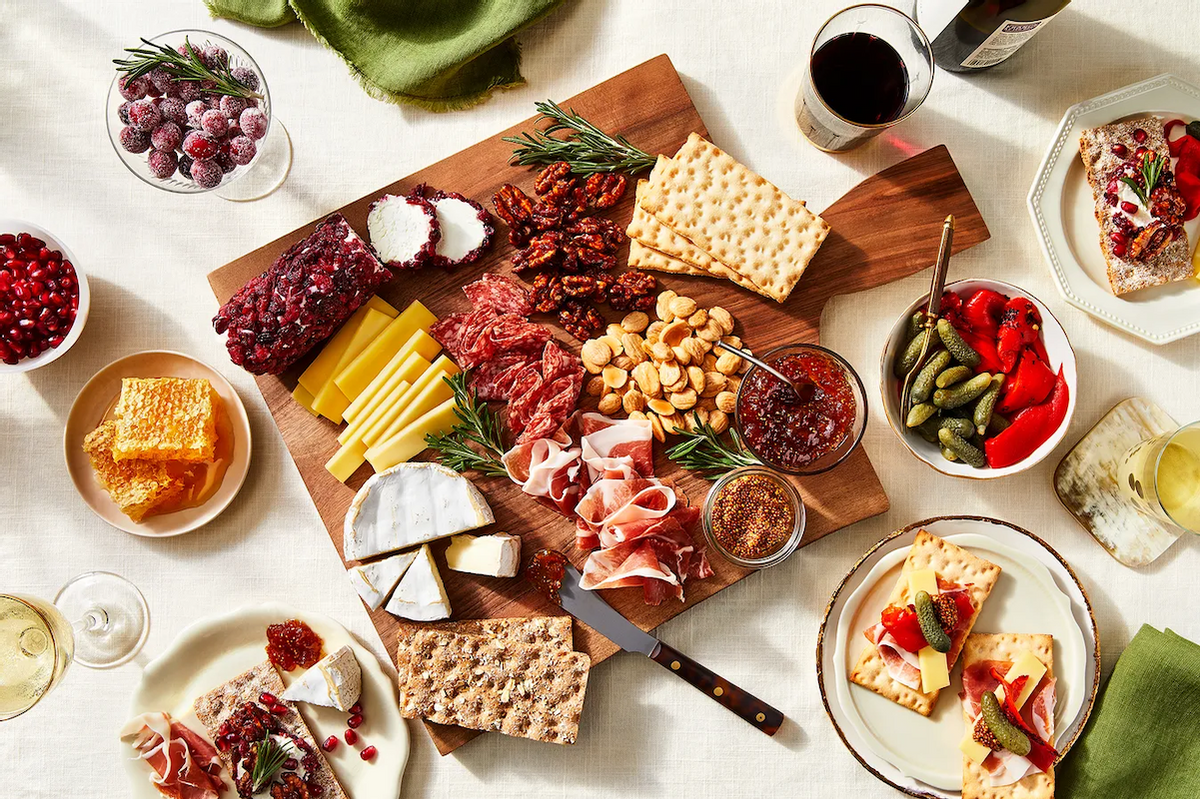 "What's your go-to night cheese?" My fiance's best friend, Billy, asked us one night when we were hanging out in their small Astoria apartment.

"Yeah, night cheese. Like what cheese do you eat in the middle of the night?" he asked.

For all you cool cats and kittens who are in the know, you've probably guessed that Billy was referencing the scene from 30 Rock, which depicts protagonist Liz Lemon sprawled out on her couch, tucked under a fuzzy blue blanket. Beside her is a medium-sized wooden charcuterie board covered with an assortment of different cheeses. "Working on my night cheese," Lemon sings to herself, to the tune of "Night Moves" by Bob Seger, before her solo dairy date is interrupted by her boss, Jack Donaghy (played by Alec Baldwin), knocking at the door.

But it's not just a funny sitcom joke from the mid-2000s. Night cheese is a great idea. When you want something that's savory before bed, why not cheese? I turned to the experts for their take on the best cheese to snack on as you're singing to yourself underneath a heated blanket.

For starters, what exactly qualifies as a good night cheese? If you're snacking post-dinner but pre-bedtime, think of what will go well with your preferred nightcap. "The perfect night cheese is something more spreadable with a hint of funk and strength but not so strong that it will overpower my glass of bubbly," says Mary Chapman, owner and cheesemonger of The Cheese Shop of Portland. If your preferred nightcap is a responsible glass of water or a cup of sleep-inducing chamomile tea, you have options, but I like to think that a firm cheese with a slightly grassy flavor would nicely complement your wind-down routine.

Night cheese isn't just about flavor, just like you wouldn't buy a pair of jeans only because they're on sale — it has to be both practical and of the moment. Cheddar is easier than a soft, runny cheese, for example. Plus, think about your night context: Are you alone or with a partner? Is it a gossipy girls' night? Are you entertaining 6 to 8 guests? Are you eating it while sitting on a secondhand leather countertop stool or on your Burrow couch? Are you laying down in bed or standing in front of the fridge with the door sprawled open, one sock on, one sock off? The setting will help you determine what type of night cheese you should snack on.

Gillian Dana, general manager and buyer for Curds & Co, looks for versatility. "I think it has to balance well between the ability to eat without utensils, eat without pairings (if you want), and eat either copious amounts of OR just a little bit of and be equally satisfying," she says.

Versatility means possibilities, which also means you have many, many options to choose from at the cheese counter. Allow me, or rather Dana, to recommend something like French Brie. "A younger bloomy rind cheese is perfect because you can sneak to the fridge and take a bite without leaving a mess, or you can make a little plate with other snacks and it goes perfectly," she says.

The lesson here is to not overthink what a night cheese should be. The simpler, the better. "I think night cheese should be easy and snackable. Nothing too intense and adventurous, just a good pairing for a comfy night in and some Netflix," says Alexandra Horne, manager of events and education at Murray's Cheese. I couldn't agree more. My perfect night cheese is also my perfect day cheese, which is to say a snackable cheddar. I love the approachable, slightly nutty flavor of Cabot Clothbound Cheddar. Remember what we talked about earlier: versatility. Night cheese can party on the shuffleboard court just as well as it can help me ease into a horizontal position on my couch after a long week (believe me, I've consumed it in both settings). Similarly, I will never turn down Kerrygold's Reserve Irish Cheddar either. It's wrapped in dark charcoal packaging, which obviously makes it the Amex Black Card of night cheese.

The best night cheeses, according to cheeseheads