Trump and his followers have "basically taken over the Republican Party," Chomsky told Al Jazeera's "UpFront" 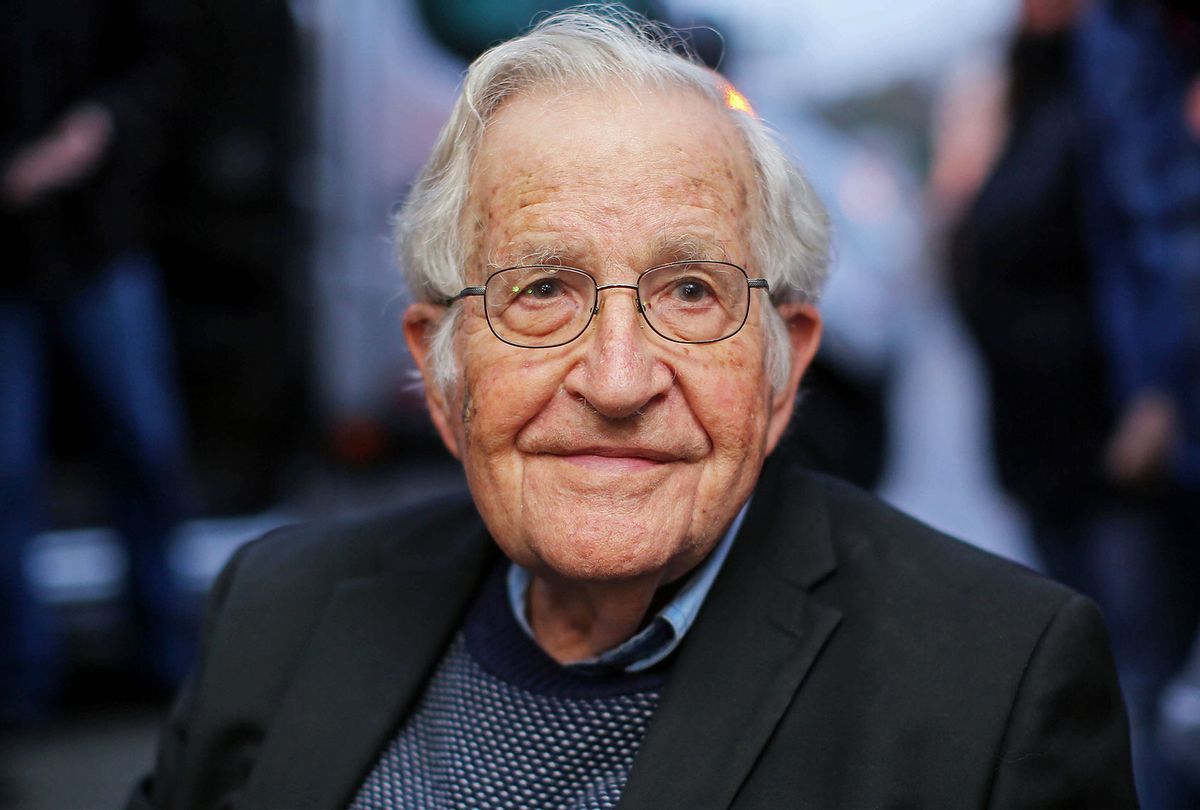 Over the years, leftist author and political activist Noam Chomsky has been vehemently critical of both the GOP and the Democratic Party. But in recent years, Chomsky, now 93, has been stressing that at least the Democratic Party still believes in democracy — while the Trumpified Republican Party has been moving in a dangerously authoritarian direction. And Chomsky had no kind words for the GOP during a recent appearance on Al Jazeera's "UpFront."

"UpFront" host and fellow Philadelphia native Marc Lamont Hill, noting all of the voter suppression laws being pushed by Republicans in 2021 and 2022, asked Chomsky, "Do we have a real democracy here in the United States?" And Chomsky responded, "We have a mixed form of democracy. In some respects, the United States is quite advanced. I don't think there's any country that protects freedom of speech to the extent that the United States does."

Chomsky continued, "If you're moderately privileged, you're secure and safe from state authority and so on. On the other hand, the political system does not represent the population…. The representative system is constrained."

Chomsky told Hill that in the past, the Democratic Party and the Republican Party represented different factions of "the Business Party" and that big business "overwhelmingly dominated" both parties.

"Nevertheless, they have been somewhat different with some overlap," Chomsky argued. "In the last 30 or 40 years, one of these, the Republican Party, has simply drifted off the spectrum. It's not a political party in the traditional sense."

The GOP, Chomsky added, has become a "radical insurgency" that has "abandoned any interest in participation in parliamentary politics."

"You can't approach the electorate in saying: I want to stab you in the back, enrich the rich and empower the corporate sector," Chomsky told Hill. "It doesn't work. So, they had to turn to other issues: what are called cultural issues. (President Richard) Nixon began it with what was called the southern strategy…. (Former President Donald) Trump, quite brilliantly, was able to tap the poisons that run right below the surface in American society."

Hill, noting that Chomsky has described the January 6, 2021 assault on the U.S. Capitol Building as an attempted "coup," asked him to comment on former President Donald Trump's role in the GOP's "right-wing insurgency." And Chomsky warned that the GOP seeks to "overthrow democracy" and become a "permanent, dominant minority party" in the U.S. "by excluding the votes of" what it considers "the wrong kind of people."

Chomsky observed, "Trump has managed to mobilize a popular cult of (worshipping) followers. Anything he does, they support — and they've basically taken over the Republican Party, or what used to be the Republican Party. Republican leaders are groveling at his feet, afraid to offend him in any way. Trump has made it very clear — more clear in the last few days — that he does not believe that the United States should have a functioning democracy. He's said explicitly that the vice president, Mike Pence, could have overturned the election and failed to do it — it was Pence's failure, his fault that the election was not overturned and handed over to Trump. He said it quite explicitly."