Can roadless areas help stem the extinction crisis in the United States? 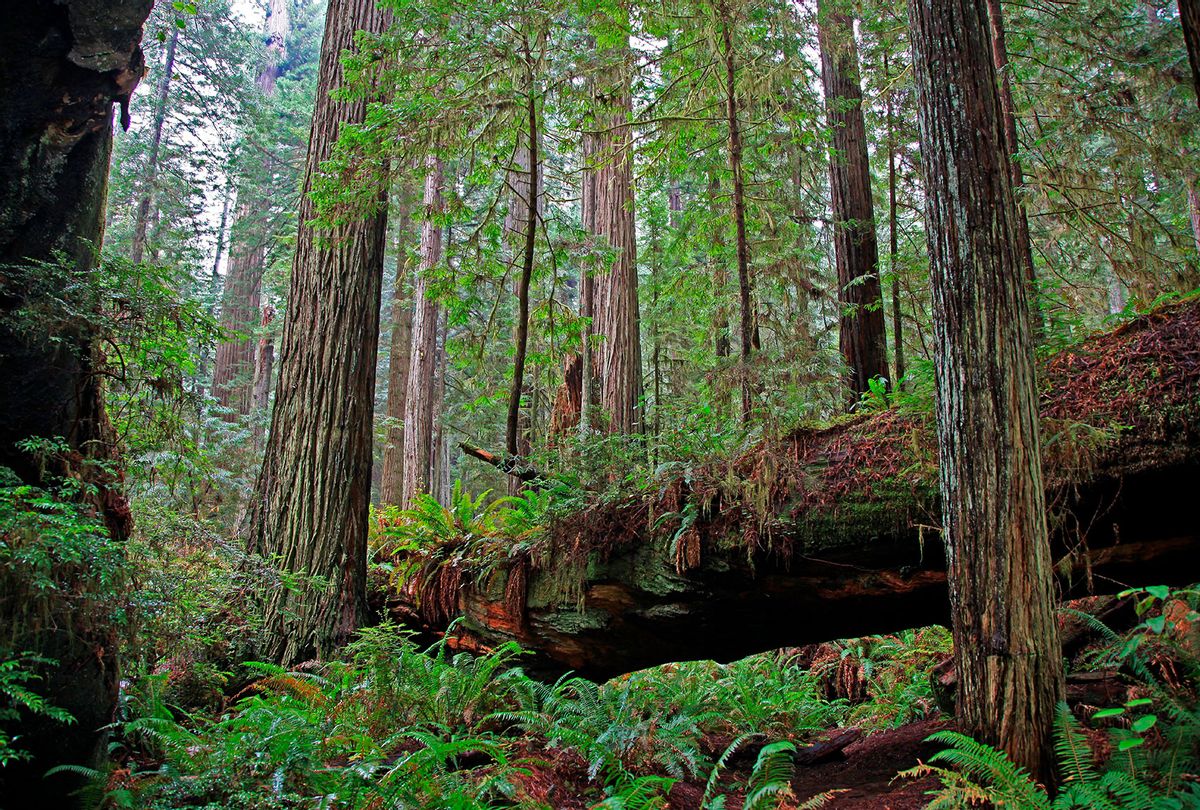 It's a small world for relictual slender salamanders, who live only in California. Development has slashed their suitable habitat to just two small areas in the mountains of Kern County — so keeping those last vestiges wild is critical to the amphibians' survival.

And there's some hope for that, because half of the salamanders' habitat is in what's known as "inventoried roadless areas."

The lands, designated under the 2001 Roadless Area Conservation Rule, are generally undeveloped areas that are 5,000 acres or larger and not already classified as protected wilderness. The roadless rule — which applies to 58 million acres of national forest lands in the United States — leaves these landscapes open to uses like hunting and camping, and even oil development, but limits most road construction and commercial logging. Some areas have been degraded by livestock grazing, which is permitted by the rule, but most are relatively intact wild lands that provide enormous conservation value.

But just how much?

A new study by scientists from the Wilderness Society, published in Global Ecology and Conservation, looked at the importance of national forest roadless areas for vulnerable wildlife species — like the relictual slender salamander — and more than 500 other mammals, birds, amphibians and reptiles in the contiguous United States.

The research is time sensitive.

"One of the most pressing challenges facing the country right now is the looming extinction crisis," says Matthew Dietz, lead ecologist at the Wilderness Society and lead author of the study.

For years scientists and conservation activists have been calling for the world's governments to help halt the loss of biodiversity by protecting 30% of the Earth's land and water by 2030 and 50% by 2050.

This interim goal, known as 30×30, has recently picked up steam — and last year even received an endorsement from the Biden administration.

It's not clear yet how the United States will hit that target. So Dietz and his colleagues decided to see what role roadless areas could play.

"We wanted to know how valuable they could be in stemming the extinction crisis in the United States," he says.

It's possible, the research shows, that focusing on conserving inventoried roadless areas would be a low-cost strategy with big ecological gains.

That's because the lands are "already federally owned, they're ecologically intact, and they have minimal current conflicting uses," says Dietz.

But there's one big catch: Their fate is a bit tenuous. Any administration can create exemptions or change the regulations with public process, and states can also petition to change the roadless rules, as both Alaska and Utah have both done in recent years.

The Trump administration stripped roadless protections away from 9 million acres of Alaska's Tongass National Forest — a move that President Biden has sought to undo.

But as Dietz's study found, efforts to give stronger protections to roadless areas could go a long way in helping to reach conservation goals and slow extinctions.

The research found that of the 537 species identified as being of conservation concern, 57% had at least some suitable habitat in one or more of the inventoried roadless areas.

"That's pretty surprising considering that these roadless areas make up just 2% of the lower 48 states," says Dietz. "And especially since they tend to be concentrated geographically mostly in the West, mostly biased toward mountain ranges and almost exclusively of a single biome type — forests."

Every roadless area, they found, provides critical habitat for at least two vulnerable wildlife species and in one case — Tumacacori in Arizona — up to 62 species. For some wildlife, roadless areas made up a significant portion of their habitat. There were eight that had 20% of their total suitable habitat in inventoried roadless areas and 45 species with more than 10%. The relictual slender salamander was the highest, with 50%.

"That's a species for which inventoried roadless areas are very important," says Dietz.

It's important to strengthen protections for roadless areas to maintain suitable habitat for species that rely heavily on it now, he says. But these wild lands could also be vital in the future for some animals to recolonize — like woodland caribou, for example.

In 2019 the last member of the South Selkirk herd — the only population of woodland caribou left in the lower 48 — was moved into a captive-breeding program.

However, more than one third of the animal's total suitable habitat in the contiguous United States remains in roadless areas. So there's habitat for the caribou — but no caribou currently. That could change.

"If there's any hope of bringing woodland caribou back to the contiguous United States, a lot is going to depend on preserving that roadless habitat," says Dietz.

So what's the best way to make sure roadless areas have enduring protections?

One strategy would be an administrative action. "During national forest land management planning processes, the agency can recommend any roadless lands to be designated as wilderness by Congress," says Dietz. And until Congress decides on whether or not to act on that, the Forest Service would manage them as de facto wilderness. This definition would forbid almost all human activity on these lands, with the exception of research and non-mechanized recreation such as hiking or horseback riding.

The second way would be for Congress itself to pass a law designating all or some roadless areas as wilderness. That, says Dietz, is the gold standard for land protection. But Congress could also codify into federal law the protections that exist under the current roadless area conservation rule.

H.R. 279, the Roadless Area Conservation Act of 2021, would do just that, although the bill hasn't moved forward since it was introduced a year ago and its fate seems uncertain in today's partisan political environment.

Whatever happens, making sure protections endure for roadless areas wouldn't get the country all the way to its 30×30 goal, nor would it be the only solution needed to halt the extinction crisis, says Dietz.

But it would be a big — and necessary — conservation step.

"As a nation, we have to ask ourselves this question," says Dietz. "If we can't protect these federal public lands that are some of the last of our country's wild, ecologically intact and unroaded forests — that also provide habitat for the majority of our most vulnerable wildlife species — what can we protect?"