Want dessert for breakfast? Try yogurt toast or custard toast, a TikTok recipe trend that tastes good, for once 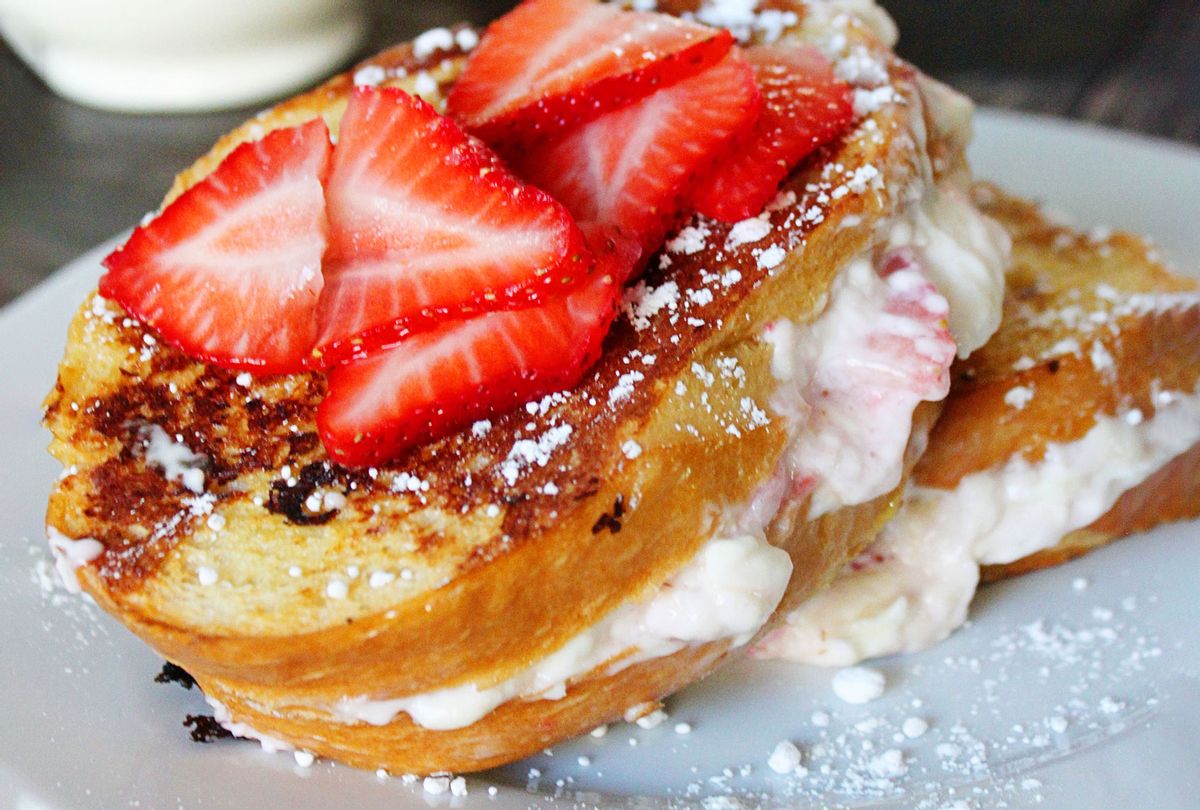 TikTok's mysterious algorithm churns out tons of viral recipes that get obscenely popular, some of them because they combine simplicity and flavor, others for their absurdity. But the most interesting of them take a cool idea, a super easy technique, and offer endless options for variation, because that is when the app really shows off what it does best: let millions of people showcase their own spin on an idea. The latest viral recipe to emerge, called #CustardToastor #YogurtToast, makes it easy to customize a piece of toast into a rich, sweet meal. The former hashtag has 3.3 million views and the latter 13.8 million views, with an incredible number of the videos going up just in the past few days—meaning we're dealing with feta-pasta or dalgona-coffee speeds of virality.

One of the original videos to show the technique, from user Moody Day, calls it "An easy cheesecake copycat", summarizing the appeal of the dessert-like breakfast or snack. The catchy recipe starts with basic ingredients most folks have on hand, meaning they can make it as soon as the video inspires them: two slices of bread, a few spoonfuls of yogurt, one egg, a dollop of honey, and the fruit of your choice. Then you use a fork to flatten a little pool in the center of each slice of bread and stir together the wet ingredients. Fill the flat part of the bread with the mix, top it with the fruit, and slip it into an air fryer for about 10 minutes, or a 400°F oven for a bit longer, until the bread is crisp and the custard set.

Of course, that's just the starting point, as TikTok goes in with the usual slate of variations: first trying various types of fruit, then obviously a few vegan versions, and after that people start trading out the fruit for other flavors, like chocolate, tahini, or just confectioners' sugar sprinkled on top. The honey can become maple syrup, you can add cinnamon or other spices, turn the custard colors, or add protein powder; the world is your oyster! Speaking of oysters, brace yourself: It's only a matter of time before the savory versions start.