“We’ve seen across the board, the Democrats have always cheated,” claims one Republican. (Fact check: Um, no) 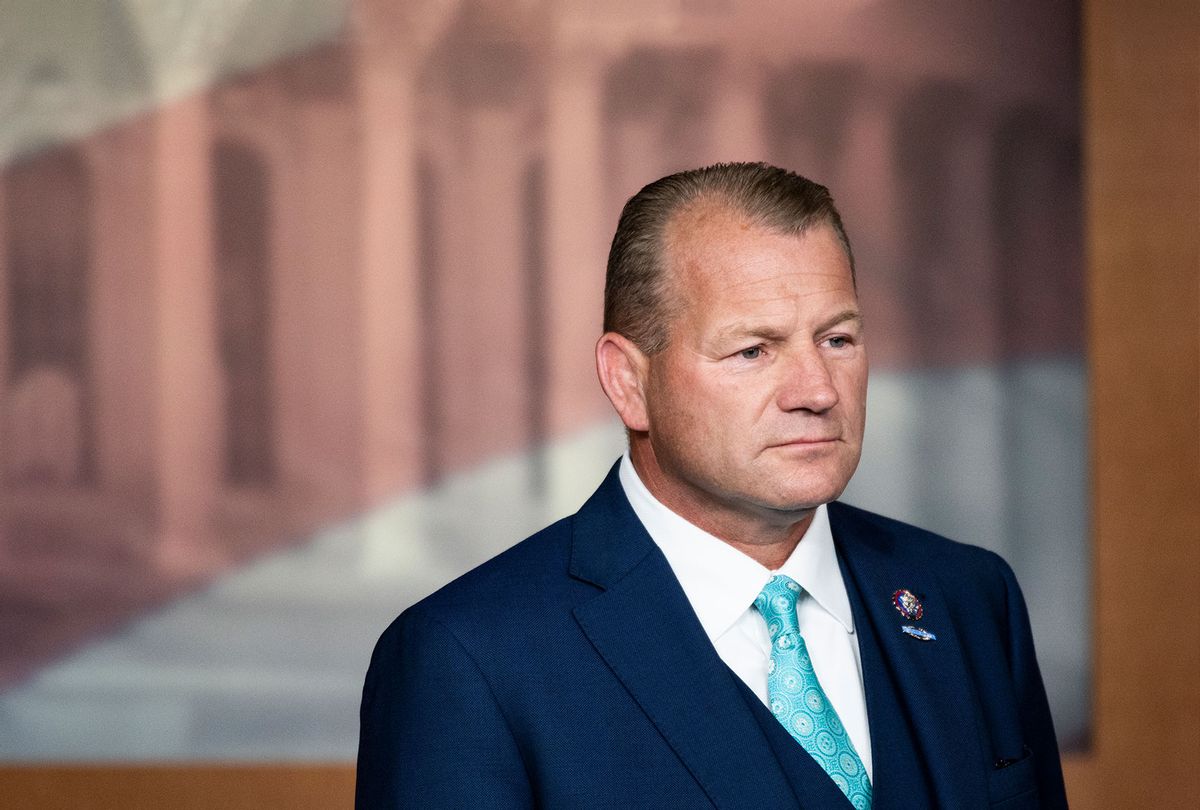 Just 13 of the 143 Texas Republicans running for Congress acknowledge that the results of the 2020 election are "legitimate," according to a survey.

Hearst Newspapers sent questions about the election to all 143 candidates and only a baker's dozen accepted the results of the election despite repeated recounts, audits and court cases that have found no evidence of any fraud or election-rigging that could have impacted the results, according to the Houston Chronicle.

At least 42 of the candidates claimed that the election was stolen outright, called the results illegitimate or said they would have voted not to certify the results after the Jan. 6 Capitol riot. Another 11 candidates falsely claimed that there was enough fraud or irregularities to raise doubts about the election results. Another 19 have listed election fraud and irregularities as a key issue, without taking a stance on whether the 2020 results were legitimate.

"We've seen across the board, the Democrats have always cheated," Jonathan Hullihan, a former Navy lawyer running for the seat of retiring Rep. Kevin Brady, R-Texas, said at a recent candidate forum without any evidence. "Eighty-one million votes for Joe Biden? I just don't believe it."

Two of the candidates participated in the storming of the Capitol. Alma Arredondo-Lynch, who is challenging freshman Rep. Tony Gonzales, R-Texas, bragged that she had an "exciting and unforgettable" time at the protest outside the Capitol, blaming the pro-Trump violence on antifa and Black Lives Matter with no evidence. Sam Montoya, a former staffer at Alex Jones' Infowars running in the state's 35th congressional district, was arrested after filming himself and others invading the Capitol and has pleaded not guilty.

Even some Republicans who have acknowledged that President Joe Biden's win was legitimate raised questions about the election.

"There are a lot of questions and issues regarding the 2020 election that need to be resolved and that are still being looked into, but there is not enough evidence to suggest that the election was stolen or that he is illegitimate," Greg Thorne, who said he would have certified the election, unlike incumbent opponent Rep. Troy Nehls, R-Texas, told the Chronicle.

The 2020 election has become a key litmus test in Republican primaries as voters continue to be bombarded with false claims of fraud stemming from Donald Trump's unending propaganda campaign to deny his loss. Trump's Justice Department and Texas Attorney General Ken Paxton's "Election Fraud Unit" all found no evidence to support any of the widespread fraud claims.

Two-thirds of Texas Republican voters believe Biden's win was illegitimate, according to a recent poll from the University of Texas at Austin, compared to just 22% who accept the election results. Nationwide, just 21% of Republicans believe Biden's win was legitimate, according to a December poll from the University of Massachusetts at Amherst.

"The belief in widespread voter fraud is becoming the article of faith among Republicans," Joshua Blank, research director for the Texas Politics Project at UT Austin, told the Chronicle.

Blank said candidates' position on this question is a signal to voters of their fealty to Trump.

"Is there any daylight between you and the former president?" he said. "It's not necessarily about voting per se, but the extent to which these candidates can present themselves as on the president's team."

Though political candidates are notorious for playing fast and loose with the facts, candidates echoing repeatedly debunked lies about the election is a fairly new phenomenon. The Trump administration's top cybersecurity officials called the 2020 race "the most secure in American history." Republican Texas Secretary of State Ruth Hughs said the election in the state was "smooth and secure," which appeared to have led Republican state lawmakers to block her confirmation.

It's not just Texas: Hundreds of Republicans who deny or cast doubt on the election results are running for Congress nationwide. Perhaps more alarmingly, more than 80 election deniers are running to run, oversee or protect elections in their states and even more are seeking to take over local election jobs.

Many Republican state lawmakers have also gone all-in on Trump's Big Lie with legislation aimed at restricting ballot access in the wake of record turnout in the 2020 race. Republicans last year enacted 34 new voting laws in 19 states, according to the Brennan Center for Justice, and have already introduced at least 250 new voting bills this year.

In Harris County, which includes Houston, election officials have been forced to reject about 40% of applications and ballots, said Harris County Judge Lina Hidalgo. "We have the receipts," she tweeted.

In Travis County, which includes Austin, officials have also had to deal with a big increase in rejections.

"Voters are being mistreated," County Clerk Dana DeBeauvoir said last month. "My friends, this is what voter suppression looks like."