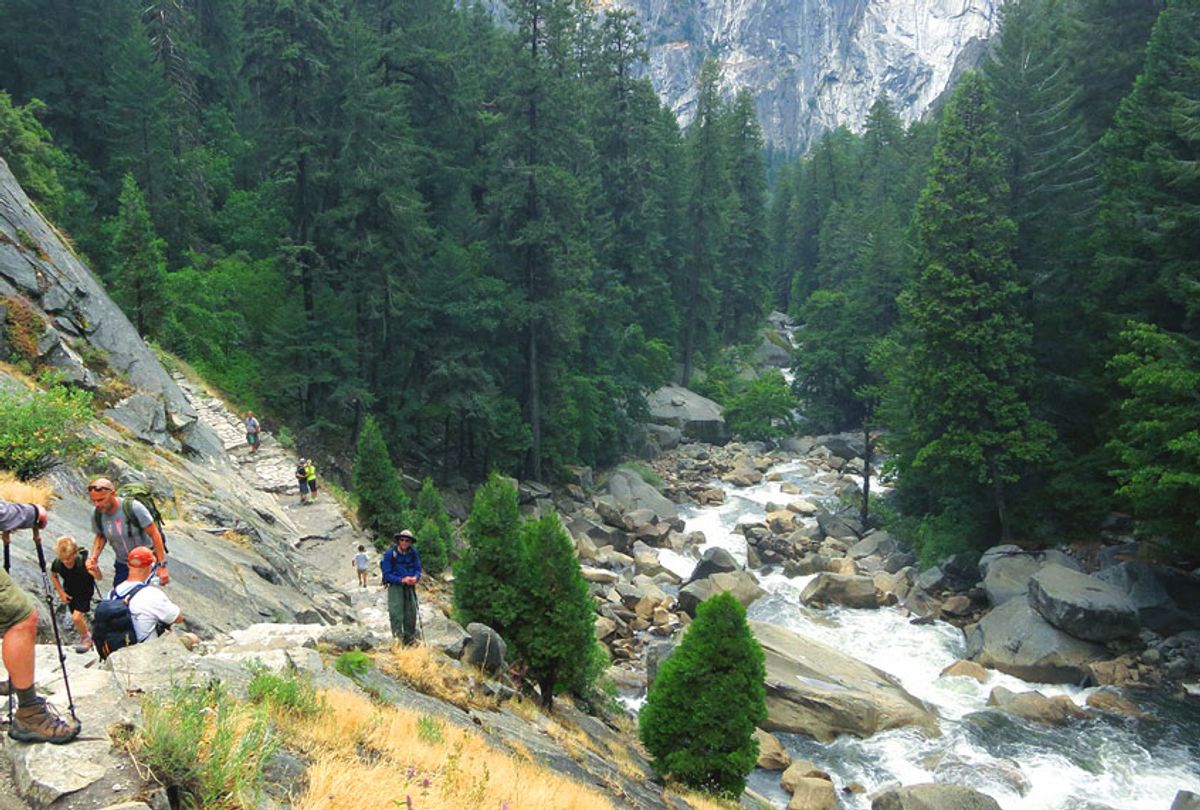 New information has been made available by investigators relating to the mysterious deaths of Jonathan Gerrish, Ellen Chung, their one-year-old daughter, Miju, and their family dog, Oski, while hiking in California's Sierra National Forest last year.

The Mariposa County Sheriff's Office revealed in a press conference this week that, with the help of the FBI, they were able to pull data from Gerrish's phone that included attempted calls, family photos and nature selfies from the hike, as well as several text messages that went unsent due to lack of service. This newfound evidence paints a clearer picture of the last moments of the family's lives before they died from what was previously suspected as being exposure to toxic algae from a nearby stream. Police believe this new evidence to point towards hyperthermia and possible dehydration as being the actual cause of death.

One of the unsent text messages recovered from the father's phone reads "can you help us  . . .  on savage lundy trail heading back to Hites cove trail. No water or ver (over) heating with baby." The intended recipient of the message was redacted to protect their privacy.

According to investigators there were five attempted phone calls made after noon on the day of the family's deaths. The calls were made to multiple numbers within a span of 25 minutes, but no calls were made to 911. Investigators were also able to use GPS data from the recovered phone to map out the path and timeline of the family's hike, putting an end to a long-running mystery.

"The cellphone data results were the last thing both the family and detectives were waiting on," Mariposa County Sheriff Jeremy Briese said in a statement. "The extracted information confirms our initial findings. I am very proud of my team and our partner agencies for all the work they put in. Their dedication has allowed us to close this case and answer lingering questions the family had, bringing them a little peace."