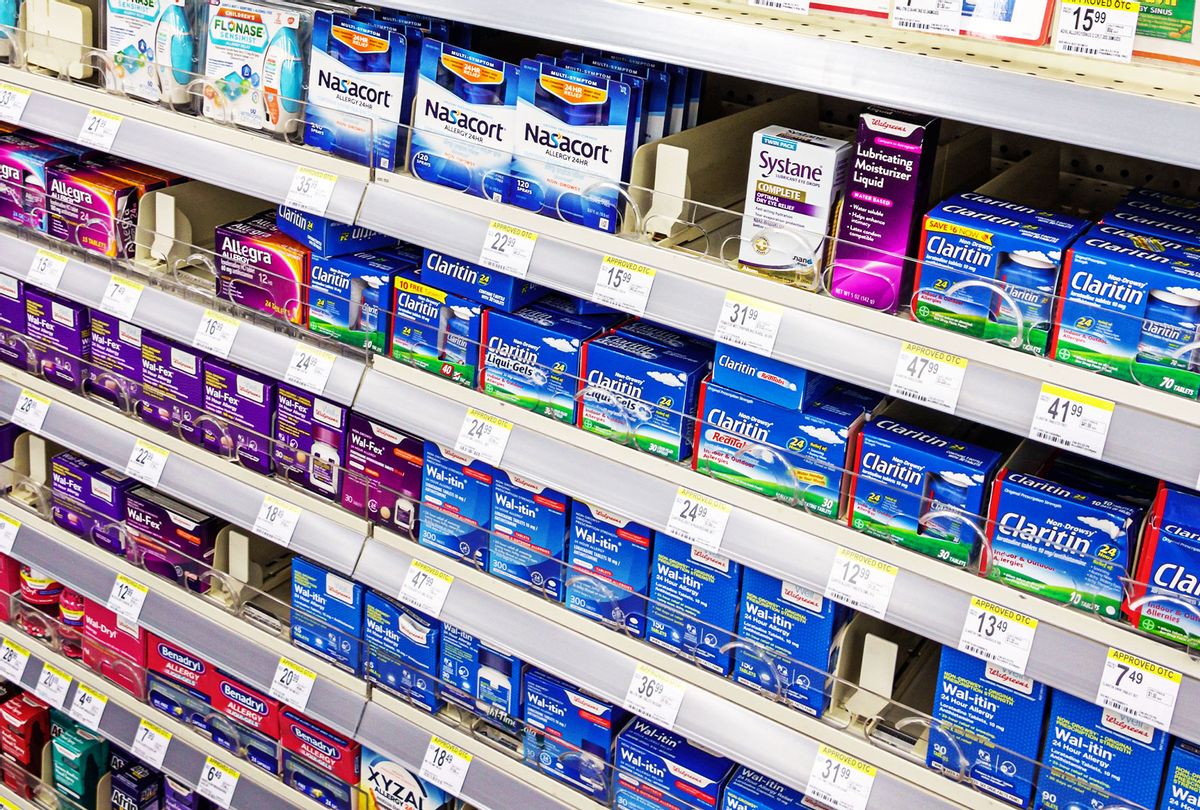 Two women have recovered from post-acute sequelae of SARS-CoV-2 infection (PASC), a condition more commonly known as long COVID — and researchers believe that inexpensive, over-the-counter antihistamines were the reason.

The news comes from a report published this month in The Journal for Nurse Practitioners which describes the recovery of two middle-aged women who, by chance, found that antihistamines greatly improved their daily functions after suffering from long Covid.

The research will be welcomed by sufferers of long COVID, of which there are many. Up to 10 percent of those who contract COVID-19 have long-term symptoms long after the virus has cleared their body, according to University of Alabama researchers. The United States population has had a cumulative 78 million cases of COVID-19, meaning around 8 million Americans have long Covid symptoms long after the virus has cleared their system. Long Covid sufferers experience all kinds of different symptoms, though the most common include brain fog, psychiatric disorders, loss of taste and smell, fatigue and lack of energy. Long Covid appears to affect children and adults in equal measure.

In this latest study, both women who recovered from long Covid took over-the-counter antihistamines for different reasons aside from their COVID-19 symptoms. The first woman had an allergy to dairy which was triggered by eating cheese. Prior to her January 2020 COVID-19 infection, she was healthy and active; after, she could no longer tolerate exercise, had prolonged chest pain, headaches, brain fog, fatigue, and a rash.

The morning after she took an antihistamine for her dairy allergy, she noticed considerable relief in her fatigue and ability to concentrate. But in the next 72 hours, when she wasn't taking an antihistamine, her fatigue and brain fog returned. The woman self-administered diphenhydramine and observed an improvement in symptoms once again.

Over the next six months, she noticed many of her other symptoms — like the rashes — were improving as well. Now, she reports she's back to 90 percent of her pre-infection functioning ability, including exercising 1 to 2 hours 5 to 6 times a week.

The second woman, who was similarly active and healthy prior to COVID-19, likely contracted COVID-19 from her child who was unwell with COVID-19 symptoms. While a PCR test came back negative at first for COVID-19, she was clinically diagnosed when she developed chills, shortness of breath, chest pain , and a fever. At first, her symptoms persisted for three months. During the course of this time, she also suffered from Covid toe, abdominal pain, and rashes.

Because of the small sample size, the study is not conclusive; currently, there are no evidence-based treatments for long COVID patients. Yet the findings align with the results of a separate study published in The Journal of Investigative Medicine, on October 5, 2021, which included 49 long COVID patients. Twenty-six of these patients were  given antihistamines for treatment; of these, 19 reported to either a complete or partial end to their symptoms. Only six out of the 23 in the cohort who weren't given antihistamines reported that their symptoms improved within the same time period.

"Most patients tell us that providers have not recommended anything that has helped," said Melissa Pinto from the University of California, Irvine, ​​ one of the report's corresponding authors. "If patients wish to try over-the-counter antihistamines, I urge them to do so under medical supervision."

Pinto added that medical providers might not know about the potential of antihistamines.

"I would encourage patients to be active in their care and consider taking research and case reports like ours to appointments with providers so they can help create a regimen that will work," Pinto added.

The anecdotes were obtained from Survivor Corps, a virtual COVID-19 research and advocacy organization on Facebook. More people are starting to work with their care providers to see if antihistamines work for long COVID.

"I discussed everything with my [doctor], she said let's experiment, so we did," Hansen said. "I did combine it for a time with a nasal antihistamine but continued mostly with the natural protocol and diet."

Hansen, who was stricken with COVID-19 back in March 2020,  finally regained some sense of her taste and smell. Other symptoms began to improve as well.

"I didn't have my sense of taste or smell for over a year and developed a heightened sense of texture, which has caused an eating disorder," Hansen told Salon. "The brain fog was debilitating."

People who experience long Covid sometimes refer to themselves as "long-haulers." Some long-haulers eventually experience full recoveries, while others do not. Notably, not everyone who becomes a long-hauler previously had a severe infection or was hospitalized after their COVID-19 diagnosis.

Diana Berrent, who started Survivor Corps, told Salon in an interview that this study is a "perfect example" of patients "bringing real world evidence to the scientific and medical community to understand why something might be working and how it might be a clue to how the virus is affecting people in the long term."

"This is a true sign of citizen scientist collaboration," Berrent said. "Whether or not antihistamines are the answer, it could prove useful in understanding its role in tamping down the cytokine storm."

"Indeed, we need every shred of evidence to put together clues," Berrent said. "Think about long COVID as a jigsaw puzzle and each piece we're able to fill in will help us see the larger picture, and ideally lead us to effective treatments and therapeutics."