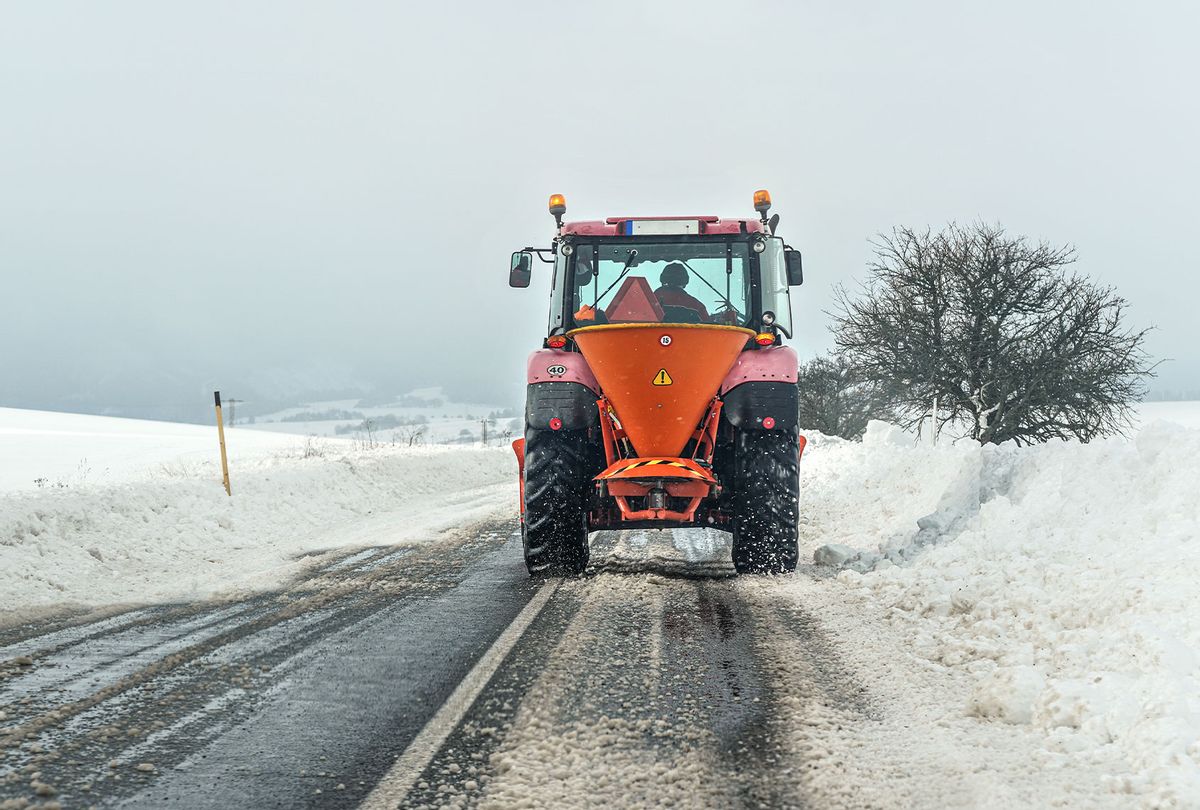 As yet another winter storm descends on the United States, local governments prepare to dig their citizens out by applying de-icing salts to asphalt and sidewalks. Yet the resulting salt pollution in freshwater ecosystems may prove to be a far more difficult hole to dig ourselves out of, as de-icing chemicals have become the status quo for creating upwards of an 80% reduction in rates of traffic accidents.

For those of us living in colder climates, we begrudgingly accept certain oddities of winter — the rasp of snow plows in the early hours of the morning and a thick layer of brine over everything — for the sake of safer roads. Some municipalities such as those in New York state apply an average of 23 tons of salt every mile for each lane of traffic. While we rarely question the wisdom of such precautions, consequences linger out of sight as de-icing salts seep into aquifers and wash into waterways.

Along with agriculture fertilizers, mining operations, and climate change, de-icing salts contribute to a growing salinity problem in freshwater lakes. New research published in the Proceedings of the National Academy of Sciences determined that government regulations that set thresholds on ionized chloride from human pollutants fail to sufficiently protect critical freshwater zooplankton species. In the absence of these microscopic grazing organisms, algae proliferate and starve the whole ecosystem of oxygen, and the whole food chain falls apart.

"It's becoming increasingly clear that we need to develop new chloride thresholds, new water quality guidelines that really do protect our freshwater ecosystems from changes due to elevated salinity," Dr. Bill Hintz asserted.

Hintz emphasized the urgency for governments to reassess thresholds for what are considered permissible concentrations of chloride in freshwater lakes.

"The desalination process is really expensive," he added. "We can't do it on a massive scale, so once we pollute a lake ecosystem with salt, that salt will stay in concentration pretty much until the lake turns over."

Dr. Hintz and other scientists from The University of Toledo collaborated with Queen's University in Kingston, Ontario to lead an international study to determine the impacts of salinity on zooplankton across North America and Europe. Previous research has focused on lab settings, but this study is unique both in its approach and scope. From 16 different sites the team extracted what Dr. Hintz called semi-natural communities of zooplankton. Their goal was to assess thresholds for chloride ions in relation to variability in the specific geology, water chemistry, land-use, and species composition of the sites.

RELATED: Toxic waste is leaking into our groundwater

Zooplankton are a critical food for young fish and smaller species. Though it remains to be seen, fish populations are likely to shrink as multiple trophic levels of the food chain constrict. This is what biologists refer to as the cascade effect, a chain reaction caused by the disruption of one trophic level of the food chain.

In reality, the impact is more like a ripple than a cascade though. The impact does not just affect one linear chain. While high salinity does not necessarily create "harmful algal blooms" that are toxic, a reduction of zooplankton undoubtedly could cause an overabundance of algae and other phytoplankton, sometimes going so far to create inhospitable "dead zones" that lack oxygen and light.

"I would say this issue is like climate change," he insisted. "We need to act now. When you act 10 years, 15, 20, 30, 50 years down the road, every year that passes by, if you're still using the salts you're still increasing the concentration. Then who knows how long it will take to go away. The science is becoming clear though. We need to do something about salt pollution."

Read more on waterways and pollution: