Batman and Cyborg were originally in the "Peacemaker" finale, but got cut 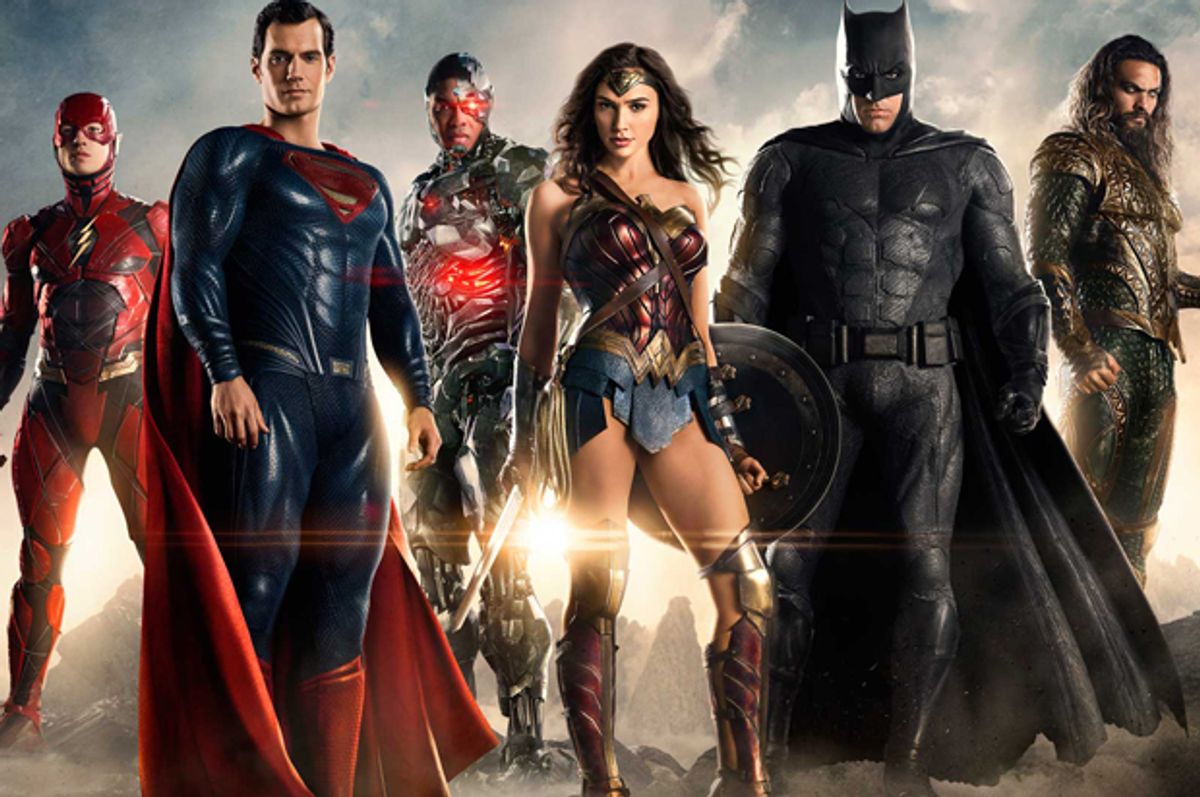 HBO Max has a hit on its hands with "Peacemaker," James Gunn's gleefully vulgar superhero show about a man who wants peace even if he has to kill every man, woman and child on the face of the Earth to get it. Like "The Boys" or "Invincible," "Peacemaker" kind of has an iconoclastic edge to it; the title character (played by John Cena) is a bit of an ass and the off-color jokes come thick and fast. It certainly has the dirtiest gag reel we've seen in a while:

It also ended with a bang: after Peacemaker and the team had dispatched the (kind of) villainous Butterflies, the Justice League showed up . . . well, some of them. Wonder Woman, Superman, Aquaman and the Flash turned up to help Peacemaker & Co. beat back the alien threat . . . after it had already been taken care of. Still, the cameos were cool to see. "We didn't have the budget for them to show up on time," Gunn quipped to Variety. "Never been able to do it. They had to show up late."

In terms of actors, only Jason Momoa (Aquaman) and Ezra Miller (the Flash) were actually on set; Wonder Woman and Superman were played by body doubles and only seen in silhouette; Gal Gadot and Henry Cavill were nowhere to be seen.

And it wasn't a guarantee that Gunn would get any of that, seeing as he didn't get the all-clear from Warner Bros. beforehand. "Um, you know, I didn't have a conversation," he said. "I just wrote it and gave them the scripts. I don't think they really realized what they had agreed to until they saw what I had shot, which was the Justice League there. And then I think the full weight of it and, you know, what does this mean for the DCU and all of that became huge pieces of conversation up to the very highest levels of Warners. And to their credit, they let me get away with it."

You may have noticed that the entire Justice League didn't show up, in silhouette form or otherwise: Batman and Cyborg, who were part of the team in 2017's "Justice League," were absent. "[T]here are reasons for it, but I'm actually uncertain whether I can say what those reasons are," Gunn hinted. "It might have to do with future stuff."

That said, Gunn did film a version of the scene with Batman and Cyborg in it. That's according to actor Matt Turner, who served as the body double for Batman:

After that epic #peacemaker finale I can finally post this. Sadly I (& Cyborg) were cut from the final edit. Why? Only @jamesgunn & @warnerbrosentertainment know that. While it's disappointing to be scrubbed out, this was still a blast, and a dream come true to wear the suit!!! Big thanks to everyone involved!!

How intriguing . . . perhaps we'll learn more about the future of the DCEU before too long.

As I mentioned, "Peacemaker" is officially coming back for a second season, although we don't have a release date. Gunn said he was slow to embrace a second season because he wanted to make sure it was something he really wanted to do, but now that it's happening, the wheels are in motion:

I'm still playing with a lot of different things. The most important thing for me in the first season was who Peacemaker was and where was he going — what was his personal journey? The Butterflies and the plot and all of that is secondary to who he was as a character and what his changes were, as well as the other characters and where they began and where they end, because they all have little changes for themselves — with the exception of Vigilante, who's sort of a straight line the whole time. So I know where Peacemaker starts and where he ends, but I'm playing with other ideas around that and how that's gonna play out.

And that's not all Gunn has in the hopper. Peacemaker originally appeared onscreen in "The Suicide Squad." Since his TV spinoff was such a hit, there's another offshoot in the works. "Yeah, that's advanced a lot," Gunn hinted. "Hopefully, in not too long, people will know more about that. It's not 100%. But we've been working heavily on it. So that would be something that would happen in addition to 'Peacemaker' Season 2."