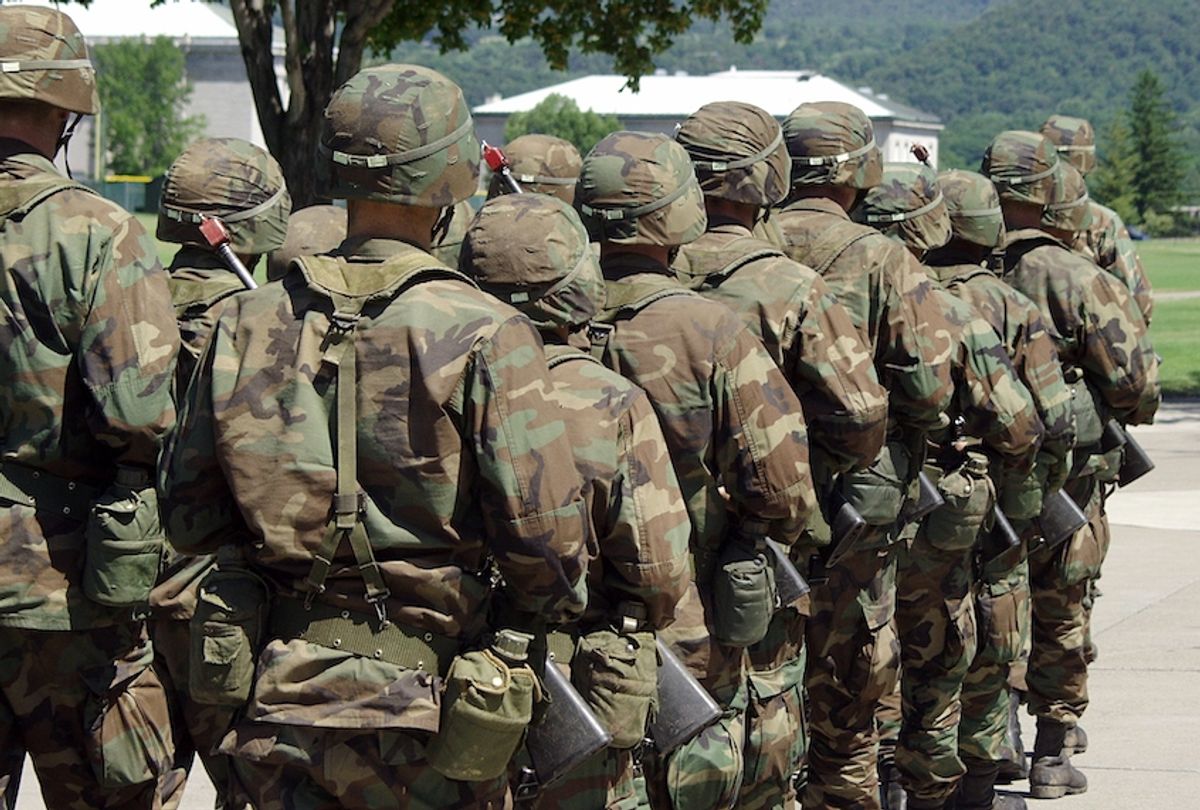 For the first time in its 70-year history, NATO announced Friday that it has activated parts of its 40,000-troop Response Force and laid out plans to bolster its eastern flank with soldiers as well as air and naval support as Russia continued its assault on Ukraine.

In a joint message, NATO heads of state characterized the moves as "preventive, proportionate, and non-escalatory" and vowed to "make all deployments necessary to ensure strong and credible deterrence and defense across the Alliance, now and in the future."

NATO's Response Force remains on standby for the moment, and it is not yet known precisely how much of the force the alliance intends to mobilize.

"We condemn in the strongest possible terms Russia's full-scale invasion of Ukraine, enabled by Belarus," NATO's statement reads. "We call on Russia to immediately cease its military assault, to withdraw all its forces from Ukraine, and to turn back from the path of aggression it has chosen."

NATO said it plans to deploy forces "to the eastern part of the Alliance," of which Ukraine is not a member. Russian President Vladimir Putin has cited Ukraine's ambition to join NATO as well as the presence of alliance troops near Russia's borders as major security threats.

"NATO expansion provided the context for this crisis—a fact often ignored by our media," The Nation's Katrina vanden Heuvel argued in a column Thursday. "There is rank irrationality and irresponsibility in offering future NATO membership to Ukraine—when successive U.S. presidents and our NATO allies have demonstrated that they do not have the slightest intention of fighting to defend Ukraine. Instead, Putin's demand that Ukraine remain outside of NATO—essentially that the status quo be codified—was scorned as violating NATO's 'principle' of admitting anyone it wanted."

NATO's announcement Friday came as Russian forces continued closing in on the Ukrainian capital, a city of three million people. While Ukraine's military appears to have slowed Russia's advance, Ukrainian leaders have told Kyiv residents to brace for an imminent attack.

Both Ukrainian President Volodymyr Zelenskyy and Putin signaled Friday that they are open to negotiations over Ukraine's "neutrality"—a reference to the country's hopes to join NATO—but it's unclear whether a diplomatic solution is in reach as Russia's attack moves ahead.

"Fighting is taking place across the entire territory of Ukraine," Zelensky said early Friday as Russian forces approached Kyiv. "Let us sit down at the negotiating table in order to stop the dying."

Putin, for his part, reportedly told Chinese President Xi Jinping that Russia is prepared to engage in high-level talks with Ukraine's leadership.

But Russian officials gave no immediate indication that they're prepared to halt the attack on Ukraine. Sergey Lavrov, Russia's foreign minister, said that Russia is "ready for talks at any moment, as soon as the Ukrainian Armed Forces answer the call of our president to stop their resistance and put down their arms."

The United Nations Security Council is scheduled to vote Friday on a U.S.-led resolution condemning Russia's invasion of Ukraine and demanding the immediate and "unconditional" withdrawal of troops.

With Russia expected to veto the resolution, Amnesty International demanded "an emergency meeting of the U.N. General Assembly," the organization's main policymaking body.

"If the Security Council is paralyzed through veto, it is up to the entire membership to step up," Amnesty wrote in a Twitter post. "We call on the UN General Assembly to meet and adopt a resolution denouncing Russia's unlawful attack and calling for an end to all violations of humanitarian law and human rights."