"I have morons on my team": Mitt Romney blasts radical Republicans in Congress 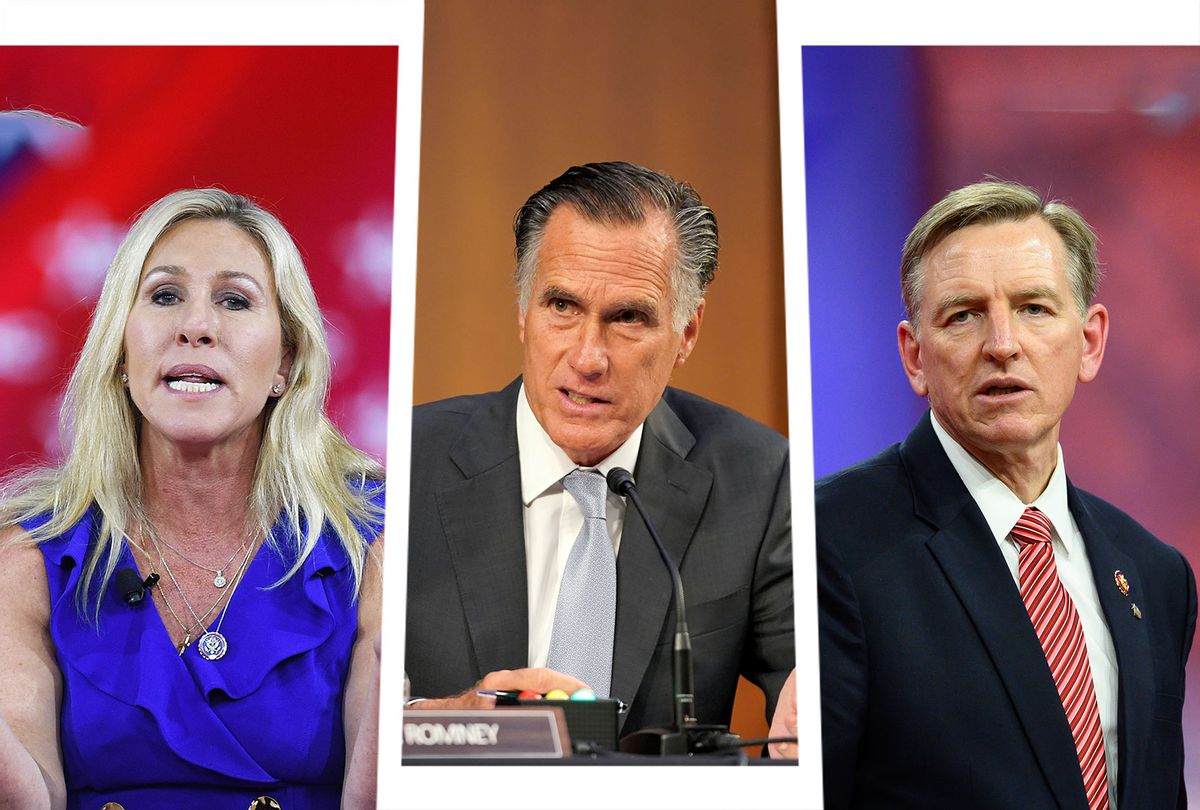 "Marjorie Taylor Greene and Paul Gosar, I don't know them," Romney said during a CNN interview. "I'm reminded of the old line from the 'Butch Cassidy and the Sundance Kid' movie, where one character says, 'Morons, I have morons on my team.'"

"I have to think anybody that would sit down with White nationalists and speak at their conference was certainly missing a few IQ points," the senator added.

Most participants ostensibly elided or downplayed Russia's recent invasion into Ukraine, which was launched last week on the heels of months of brinkmanship along the Ukrainian border.

However, Fuentes addressed the issue head-on, prompting the crowd to give a "round of applause for Russia."

"House GOP Leaders," Cheney tweeted. "Have you lost all sense of decency?

Following her appearance, Greene attempted to dissociate herself from Fuentes, telling CBS News, "I don't know what his views are, so I'm not aligned with anything that may be controversial."

"I went to his event last night to address his very large following because that is a young, very young, following and a generation I am extremely concerned about," the lawmaker added.

Over the past week, Republicans have been uncharacteristically divided on the Russian invasion, lacking any unified message as to whether Putin should be condemned. Several Republicans, including Fox News host Tucker Carlson and Donald Trump, have walked back their praise of Russian President Vladimir Putin as civilian and military casualties continue to mount.

Last week, Trump called Putin's unprovoked incursion "genius," arguing that the Russian leader has "taken over a country for $2 worth of sanctions." But during an appearance at the Conservative Political Action Conference (CPAC) this past weekend, Trump condemned the Russian attack "appalling."

"We are praying for the proud people of Ukraine," said the former president. "God bless them all."

Monday marks the fifth day of Putin's invasion, with Russian forces continuing the edge their way into the heart of Kyiv, the Ukrainian capital. Thus far, Russia has failed to overtake any key Ukrainian cities, casting strong doubt over prior speculation that the invasion would be carried out quickly.