I was in Moscow when Gorbachev changed everything. But neoliberal "shock therapy" destroyed a historic opportunity 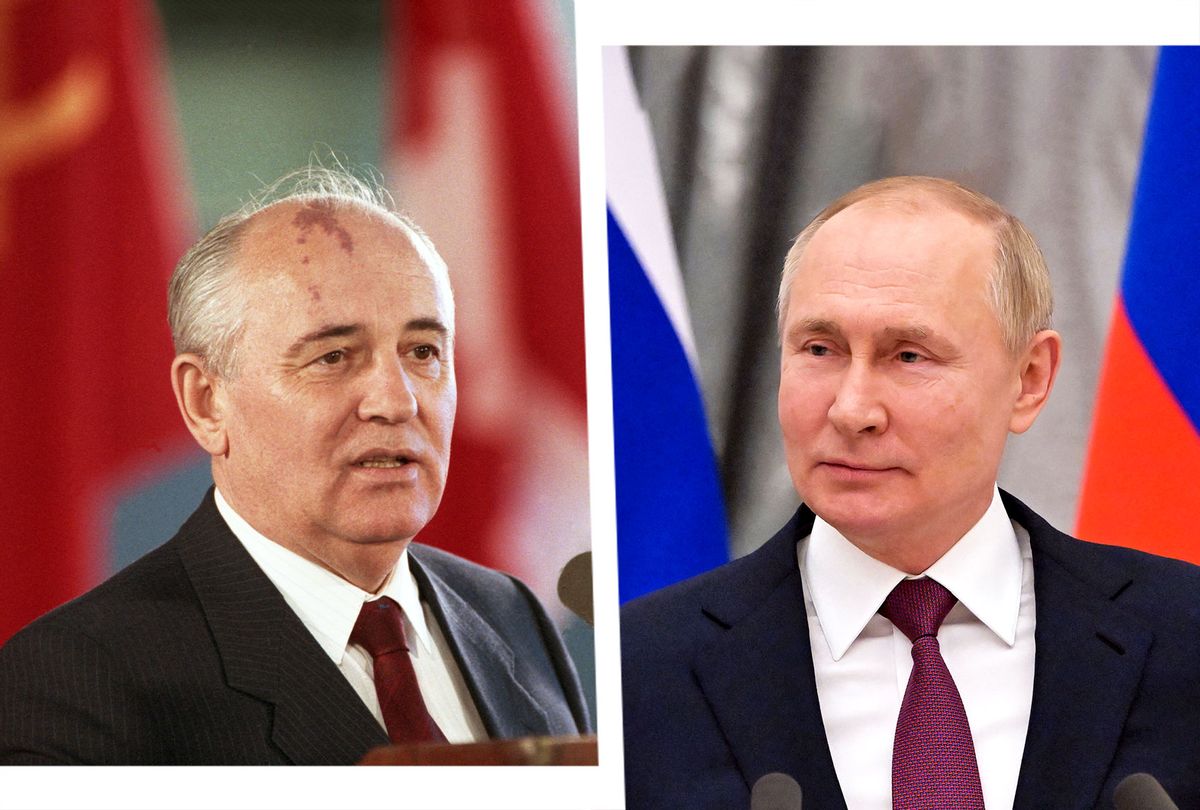 As Ukraine continues to spit defiance at the sons of Red Army veterans, I wonder what Mikhail Gorbachev is thinking.

Half a lifetime ago, in 1985, Gorbachev was installed as the Soviet Union's eighth and final leader, and set in in motion the perestroika reconstruction measures that ushered in the end of the Cold War, and ultimately the rise of Vladimir Putin.

Meantime, 1985 was a pretty big year for me, too. As a British undergraduate Russian major spending six months learning the language in Moscow, I found myself enjoying a ringside seat to history. Housed and taught in a 20-story dormitory block that was home to 30 or 40 nationalities from all over the world, I shared the ninth floor with Poles, Cubans, Angolans, Nicaraguans and even a couple of mature Vietnamese students who had fought the Americans in their youth.

For the first time in my life, I found myself rubbing shoulders with people my own age who had a completely different worldview to mine — one born not of indoctrination or brainwashing, but the kind of problems and priorities that I could barely imagine. A fair few of them had grown up against the backdrop of some dirty little U.S.- or Soviet-sponsored proxy conflict. Others spoke of a daily struggle to find something to eat, and tucked into our cafeteria's greasy cabbage soup without complaint.

I recall in particular a conversation at a party in someone's dorm room with one of my younger Russian instructors, a steelworker's daughter barely older than myself and just out of teacher training school. "In the West, you are free — free to starve," she told me. "I hope Comrade Gorbachev will proceed carefully."

I remembered those words with a sinking feeling a decade later, when as a precondition of Western political support and investment, global development agencies and lending institutions prescribed Russia a course of economic "shock therapy" — a one-size-fits-all program for planned or developing economies aimed at magically jump-starting a free market via sudden neoliberal reform: widespread privatization, budgetary "austerity," slashing of social services and so on.

It all sounds rather bracing, doesn't it? A brisk speed-walk through the silver birch forests before breakfast, perhaps ending with an ice bath in the Moscow River by way of boosting the immune system.

But for plenty of Russians it meant death by pneumonia. Overnight inflation rendered state pensions worthless. Proud veterans of the sieges of Stalingrad and Leningrad, chests sagging with medals and despair, sat begging at bus stops in temperatures of below zero Fahrenheit. A year later, Vladimir Putin was anointed Russian prime minister.

You know the rest: What the West foisted on Russia was the same feral brand of 19th-century capitalism that spawned Andrew Carnegie, Cornelius Vanderbilt and the rest of America's "robber barons." What we should have been touting was a 21st-century Marshall Plan, the post-World War II U.S.-led program of aid and cheap loans designed to rehabilitate the industrial bases of western and southern Europe and create the kind of stability in which democratic structures could flourish.

The Marshall Plan paid off handsomely. West of Czechoslovakia, no fresh dictator crawled out of a bombsite to fill the vacant boots of Hitler or Mussolini. Yes, it all cost a pretty penny, but it surely delivered a bigger bang for our buck than the trillions that America has spent in the last 30 years in failing to impose its will on the likes of Russia — or Afghanistan and Iraq, for that matter.

It's too late now for a new Marshall Plan to ease Russia's growing pains. As any psychologist will tell you, adolescent trauma is best treated not with quick fixes, but with patience and properly funded, individually tailored solutions. Left unaddressed, destructive patterns of behavior become ever more difficult to alter. Eventually, the only way of handling the delinquent adult that the child has become is to take him out of circulation.

Quite how we are going to take Putin out of circulation, though, is anybody's guess. Invade Russia? Look how that panned out for the Third Reich. (Not to mention Napoleon.)

So by all means cry for poor, gallant Ukraine. But spare a thought as well for Russia. With the world lining up to impose all manner of sanctions and embargoes, there is no end in sight to her agony either. Sooner or later, you can bet that some of the Russian boys fighting around Kyiv and Kharkiv will be panhandling on Moscow's freezing sidewalks, soaked by side spray from the passing limousines of the Putin cronies who have hoovered up their nation's assets, and whose loot is underwriting this war.

If you do have tears to shed, let them be tears of guilt and regret. For we long since blew our chance to head off Vladimir Putin and his gangsters at the pass. Clichés about stable doors and bolting horses are no good to us today. What we need is leadership.

Maybe we should ask Mikhail Gorbachev if he has any bright ideas.

Read more on Ukraine, Putin, Biden and the war:

James Drake is a freelance writer and editor based in Europe.